Readers will be charmed by the growing connection between a young woman lacking gumption and the man who inspires her to live life to the fullest.  Keep reading to get a tempting glimpse of Virgin Daiquiri by Elise Faber, then start counting down the days until this second installment in the Love After Midnight series hits shelves on June 29th! 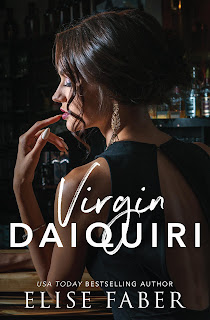 I’d spent my life watching everything happen around me.
But never actually living it.
Sheltered. Naïve. Shy. The top three adjectives to describe me. Well, that and awkward.
Until Brent.
From the first moment, I’d met him, my filter had disappeared. The things that passed through my lips when I was with him were the thoughts that passed through my mind, but also the things I’d never dreamed of saying aloud. But he seemed to like them, and I couldn’t stop. Not when he was also gentle, kind, and protective. As well as the most beautiful man I’d ever laid eyes on. A total winning package, and one who was into me.
But I was me.
More comfortable on the edges, better at observing rather than living. I’d pushed my boundaries just once, had really gone for what life was offering me, and that had ended about as well as an elephant trying to parachute with a tissue.
Horribly. It had ended horribly. So I wasn’t going to be ready to try again. Not ever.
Even if Brent made a very convincing argument to just suck it up and go for it. 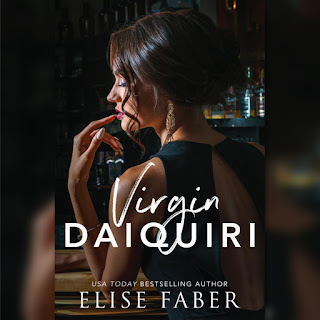