A female thief, stealing in order to escape her father, finds herself facing the sexy and commanding Warlord she’s been framing for her crimes in this exhilarating sci-fi romance.  Keep reading to get a tempting taste of Stolen by Alison Aimes, then add this first installment in the Alien Alphas series to your bookshelf! 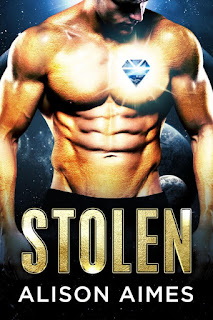 He’s a half-Martian Warlord. Savage, dominant, and dangerous—and now he’s on the hunt. For her.
Deception is a way of life for desperate thief Aurora Blake. Her sole purpose is to snatch enough jewels to escape her vicious stepfather, the powerful head of the corrupt Earther Corporation.
And the fierce Warlord she frames for her crimes? He's the last complication she needs.
She never expects to cross his path. Or to burn so hot after watching from the shadows as his rough commands bring exquisite pleasure to another female.
But Aurora's expectations don't matter when the Warlord wants her for himself. He won't stop until he's claimed her as his obedient mate.
Can she survive whatever he has in store once he discovers she's stolen far more than his barbarian heart?
Stolen is a sexy, standalone Alpha Alien Romance full of danger, betrayal, love, and the kind of epic steam that will have you flipping the pages fast! 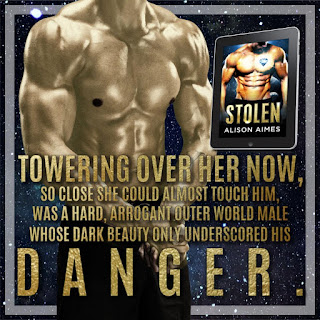 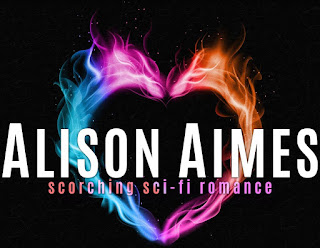 Alison Aimes is the award-winning author of the sexy sci-fi romance series the Condemned as well as the sizzling contemporary romance Billionaire Bad Boys series.
A romance junkie with a PhD in Modern History, she's an all over the map kind of woman who has always had a love for dramatic stories and great books, no matter the era. Now, she's creating her own stories full of intrigue and passion, but always with a happy-ever-after ending.
She lives in Maryland with her husband, two kids, and her dog. When not in front of the computer, she can be found hanging with family and friends, hiking, trying to turn herself into a pretzel through yoga, listening to a fabulous TED talk, or, last but not least, sitting on the couch imagining her characters' next great adventures.