Chasing dreams tore a young couple apart years ago in this contemporary romance of second chances that will keep readers glued to the action from the first page to the last.  Keep reading to get a tempting taste of Zaan by Kat Mizera, along with my impressions of it, then add this first installment in the Sidewinders: Generations series to your bookshelf too! 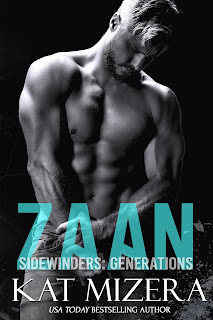 First love gets a second chance...
Norwegian-born professional hockey player Zaan Hagen has only ever loved two things: Hockey and Lexi. He never imagined he’d have to choose, until he was forced to let her go.
After beating breast cancer at sixteen, Lexi Rousseau vowed to live her life with no regrets. When her singing career took off with one of the hottest pop groups in the world, her dream came true— but it cost her the only man she ever loved.
When an unexpected turn of events brings them back together, Zaan and Lexi will have to learn to balance their demanding careers and irrefutable desires before history starts repeating itself. Have they finally figured out how to play the game without losing everything? 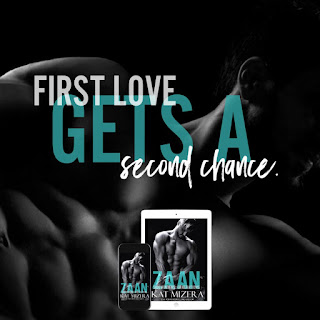 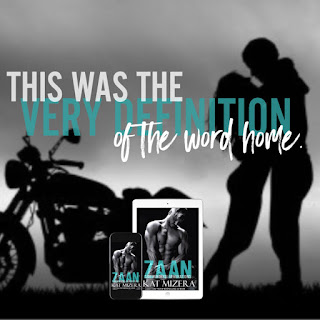 I've enjoyed Ms. Mizera's previous Sidewinders stories and looked forward to this second chance romance of former young loves, especially after seeing the groundwork laid between these two in a previously published novella.  Despite some issues with the heroine I found this a satisfying read with yet another delectable hero...in a long line of other wonderful heroes.  It's a nice start that has me counting down the days until we revisit this second generation of players.

Zaan Hagen's been making a name for himself in the hockey world, sacrificing his love for a young woman with her own dreams, to get where he is today. Though he's tried to keep their romance going, the long weeks on the road have kept them apart and has left their HEA in doubt.  Despite whatever rockiness their relationship is going through Zaan would still do anything she asked of him and that is what fuels this story and kept me on edge every step of the way.  Zaan's a wonderful hero, sweet, sexy, and he's matured since he and Lexi first came together all those years ago.  He seems self-assured when it comes to being on the ice, but in matters of the heart he's called on past players for their help.  He endeared himself to me from the start, wrapped me up in his good guy haze as he was supportive of Lexi and always put her first in acts both subtle and overt.

Lexi Rousseau had dreams of her own when she and Zaan got together, big dreams that came true for better or worst.  While her singing career has taken her to the top it's also jeopardized her HEA with Zaan.  Long weeks on the road and a traumatic past has left her with scars both inside and out, scars that have tainted her view of love and put her future with Zaan on thin ice.  Another health scare, bullying from her band, and frustration over her music future clearly weigh on her and it has her reaching out to the man who's always been there for her in hopes that he can make everything right.  This is part of what frustrated me about her, she tended to think of herself first and counted on Zaan's love to get his help when she needed it.  Throughout this story the focus was on her and I was left wanting to see more of Zaan as he was an all-around good guy.  That's not to say that I wasn't impressed by her place in the rock world because I was.  She overcame a lot to get where she is, overcame less than perfect parents, as well as overcoming cancer, and I ached for her dreams becoming toxic because of the power of others.  Through it all I was rooting for her and Zaan to find their way back to each other and cheered them on through each high and low.


Though this wasn't a perfect series starter it was a satisfying one thanks to a delicious hero with a heart of gold.  The heroine was tough, put through the emotional wringer quite often, but always had a strong support with the dependable Zaan by her side and it was a solid foundation that kept this story going.  I enjoyed Ms. Mizera's balance of hockey, with the rockstar world, as it kept me glued to the action and it has me looking forward to what comes next! 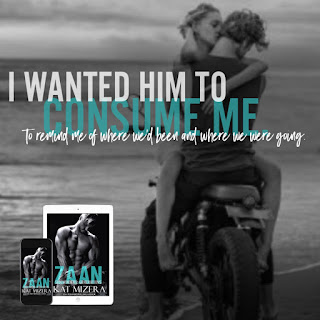 USA Today Bestselling and award-winning author Kat Mizera is a South Florida native. Born in Miami Beach with a healthy dose of wanderlust, she's called Los Angeles, Long Island, upstate New York, Massachusetts, New Hampshire and Atlanta home. She's never been able to pick which locale is her favorite, but if pressed, she'd probably choose the west coast.
A typical PTA mom with a wonderful and supportive husband (Kevin) and two amazing boys (Nick and Max), Kat can usually be found scrapbooking or indulging in her second love (after writing) - traveling. Greece is one of her favorite places in the world. She loves that Athens is a big city with a small-town feel. The food, beaches and culture keep her going back as often as possible.
Kat's been a working freelance writer for nearly 30 years. She sold her first article--a review of a rock concert--for $10 in 1985. Since then she's been an entertainment journalist, waitress, bartender, legal assistant, food critic, magazine editor, substitute teacher, and sports writer. She also spent some time working at A & M Records in Los Angeles.
As you can guess from her Las Vegas Sidewinders series, Kat loves hockey and occasionally writes articles about her favorite team, the Florida Panthers. The rest of the time, she writes novels: sexy, romantic fiction that she hopes makes you as happy as it makes her. There's something enticing about hockey players and romance...