Book Spotlight on The Summer Deal by Jill Shalvis...

Friendship and love are the highlights for a summer of starting over, that brings together three people whose lives will be forever changed.  Keep reading to get a tempting taste of The Summer Deal by Jill Shalvis then add this newest addition to the Wildstone series to your bookshelf! 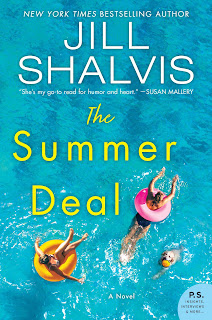 Brynn Turner desperately wishes she had it together, but her personal life is like a ping-pong match that’s left her scared and hurt after so many attempts to get it right. In search of a place to lick her wounds and get a fresh start, she heads back home to Wildstone.
And then there’s Kinsey Davis, who after battling serious health issues her entire twenty-nine years of life, is tired of hoping for...well, anything. She's fierce, tough, and she’s keeping more than one bombshell of a secret from Brynn -- her long-time frenemy.
But then Brynn runs into Kinsey's best friend, Eli, renewing her childhood crush. The good news: he’s still easy-going and funny and sexy as hell.
The bad news: when he gets her to agree to a summer-time deal to trust him to do right by her, no matter what, she never dreams it’ll result in finding a piece of herself she didn’t even know was missing. She could have real connections, possibly love, and a future—if she can only learn to let go of the past.
As the long days of summer wind down, the three of them must discover if forgiveness is enough to grasp the unconditional love that’s right in front of them. 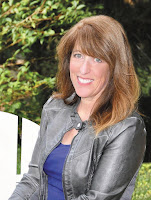 New York Times bestselling author Jill Shalvis lives in a small town in the Sierras full of quirky characters. Any resemblance to the quirky characters in her books is, um, mostly coincidental. Look for Jill’s bestselling, award-winning books wherever romances are sold and visit her website, for a complete book list and daily blog detailing her city-girl-living-in-the-mountains adventures.