Book Release Blast for A Touch Charmed by Sonia Hartl……

Magic, and the healing power of love, take center stage in this steamy paranormal romance of fate and second chances.  Keep reading to get a tempting taste of A Touch Charmed by Sonia Hartl, then add this second installment in the Zodiac Cove series to your bookshelf! 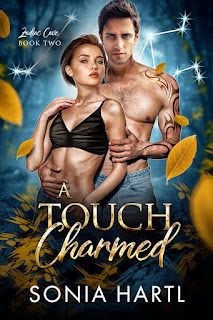 My return released magic to the descendants of the Zodiac—but I can’t use it unless I touch the one I left behind.
Thora: For the first time in seven years, I returned to Zodiac Cove. Instead of keeping my head down while I regrouped after losing my job, I got forced into an ancient battle for the fate of the island I still called home. My healing power can combat the curse’s deadly poison, but the only way to access my magic is by touching Finn Wilder, the man responsible for why I left in the first place. As a descendant of Aries, I’m not one to back down from a fight. But putting my heart on the line for a second time might be more than I’m willing to risk.Finn: I’ve spent the last seven years trying to forget Thora Chase, the feisty Aries who’s had my heart since we were just kids. She refuses to forgive me, but as the curse sets its sights on us, we have no choice but to stick together. While she claims she’s impervious to my Libra charms, our magic reveals just how hot the passion still burns between us. But the forces that tore us apart before are still lurking.And a forked-tongue man with a connection to the curse is determined to keep us apart by any means necessary. Even if he has to kill us. 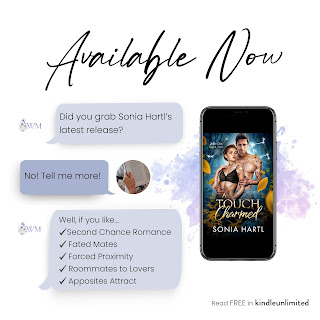 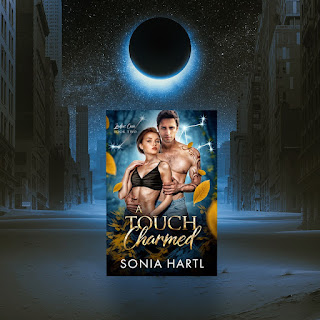 AUTHOR INFO:
Sonia Hartl is the author of YA and adult romance. Her books have been featured in PopSugar, BuzzFeed, Vulture, Book Riot, and Life Savvy, among other publications, received a starred review from BookPage, and earned nominations for the Georgia Peach Book Award, YALSA’s Quick Picks for Reluctant Readers, Bank Street College of Education’s Best Children’s Books of the Year, and ALA’s Rise: A Feminist Book Project List, and was named an Amazon Editors’ Pick for Best Young Adult. When she’s not writing she enjoys board games with her family, attempting to keep her garden alive, or looking up craft projects she’ll never get around to completing on Pinterest. She lives in Michigan with her spouse and two daughters.
FACEBOOK  |  TWITTER  |  INSTAGRAM  |  TIK TOK
at August 03, 2022