Today I bring to you courtesy of Goddess Fish Promotions a suspenseful story about a woman betrayed whose husband's death isn't the end but the beginning of a web of lies.  Throw in a hunky Deputy and things get even more complicated.  Shea McMasters is here today to not only give us a glimpse of her new book, but also give us a lasagna recipe that sounds mouth watering.  There's also a giveaway associated with today's tour stop, so be sure to read this entire post to get yourself entered.  And now, I bring to you author Shea McMasters....... 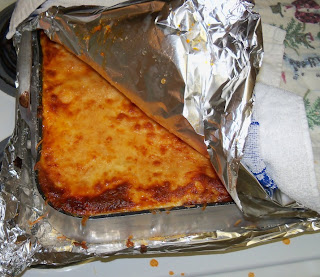 That does look good and I know what I'm making for dinner tonight. 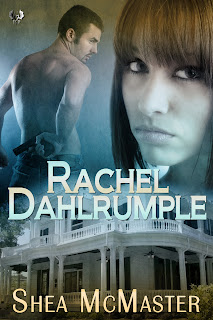 Her husband's death is just the beginning of her marital woes.

Rachel's humiliation over the discovery of her late husband's affairs turns to fear when one of his mistresses sends her a poisoned bouquet. But finding the source of the killer flowers is only one step on her path to solving the mystery her husband left behind.

Deputy Dan Weston is with Rachel when the bouquet arrives, and he's at her side as she deals with so many of the secrets that come to light after her husband's death. Dan has carried a torch for Rachel since puberty and he's not going to let her dead husband's vindictive girlfriends or his psychotic mother come between them now. But that means finding out who is sending snakes and poisoned posies before one kills Rachel.
Buy Link: http://www.lyricalpress.com/store/index.php?main_page=product_info&cPath=81&products_id=472
EXCERPT:
I looked up and took in Dan’s expression. All teasing gone. Cop mode.

“I’m a simple person, Deputy Weston. Steady and calm. Boring. I don’t offend anyone, and no one gives me trouble. Unless you’re talking about Jose Delgado, who is three weeks late with the last book he checked out.”

“I don’t think Jose wrote this.” With a deepening scowl, he turned the card so I could read it through the clear plastic.

Black, block letters, innocuous enough, aside from the message. Ah, yes, the kicker.

Let him go. We want to be together. Start divorce proceedings. Or better yet, end your pitiful life. Your choice. For now.

Dan’s gaze was glued to my face, which first felt hot, then cold. My head swam and my breathing wheezed in and out, as ragged as my stuttering heartbeat.

“Care to revise your statement?”

A few quick blinks brought the deputy back into focus, though I could feel the airways in my lungs constricting.

“I know who’s going to die, and isn’t going to be me,” I whispered. “Chinese water torture is too good for him. Splinter those bamboo chopsticks and the minute he gets home, they’re going under his fingernails” I’d learned a few things from my father’s stories of ’Nam. And of course, by reading about the war. After all, I was a librarian. I’d read nearly every book on the shelves. Briefly, I considered doing a search on torture techniques.

The tanned face so near mine blanched. “Easy going, ma’am.”

“Well?” I demanded. My fragile world had just vaporized before my eyes and it was far too soon to see what might be left. If anything. The only future visible looked like a rapidly expanding black hole.

Someone wanted me dead. But who? My husband? His girlfriend? Divorce loomed in front of me like a huge gaping maw. I wanted to wail, gnash my teeth, and obliterate something, anything. Of course, I was Rachel the Mouse, so I did my best to hide the violent urges building inside. Rachel the Meek never, ever, let loose with her most primitive emotions. She hid them deep, keeping a calm, submissive, accepting face turned toward the world at large.

“What would you do?”

For the first time I could remember in our long history, Dan looked directly, and very deeply, into my eyes. The sympathy, sincerity, and concern on his face hit me before his words did. Already overwhelmed from too many emotions boiling in my heart and head, I had no defense or response for his reply, or the way he ever so lightly caressed my cheek with the back of his fingers.

“Since I’m not the kind of idiot your husband is, Rachel, I wouldn’t be stupid enough to screw around on the most amazing woman anywhere. Were I the lucky one to have you, I wouldn’t leave you alone long enough for you to ever feel abandoned.”

Aside from the asthma and allergy thing, I was a healthy woman. I’d never, ever, once fainted in my life. But the shocks to my system that night hit too hard. A poisonous gift, a nasty note, knowledge I didn’t want of my husband’s cheating ways, and a gorgeous, younger man, telling me he considered me amazing… The zing I felt in my tummy from his touch did me in.

Black waves engulfing me, limbs losing strength, I slowly collapsed and Dan caught me at the last moment of consciousness. Like any nineteenth-century heiress worth her crumpets and tea, I fainted right into his arms.
AUTHOR BIO:
The softer, sweeter side of Morgan O’Reilly, Shea McMaster lives for traditional romance.

Born in New Orleans, raised in California, Shea/Morgan got moved to Alaska in 1977, where she attended high school before running back to California for college. Alas, once back home she met and fell in love with her own forever true hero, a born and raised Alaska man. Since then she’s had a love-hate relationship with America’s largest state.

With her one and only son half way through college, and mostly out of the house, Shea is fortunate to spend her days engaged in daydreaming and turning those dreams into romantic novels and novellas featuring damsels in distress rescued by their own brains and hunky heroes.

shea@sheamcmaster.com
http://sheamcmaster.com  / http://morganqoreilly.com
http://themorgandiaries.blogspot.com
http://www.facebook.com/pages/Shea-McMaster/240251469328338
**********GIVEAWAY**********
Giveaway is for a custom tote bag or mug to one commenter from the entire tour.
-Open to US & CAN.
-Leave a comment, along with your email addy, answering Shea's question (which is in bold) to be entered.
-One commenter will be chosen from every comment made from the entire tour.  So the more comments you make during the tour at these stops, the greater your chances of winning.
-Giveaway ends at 11:59 PM on 11/18.
at November 16, 2011