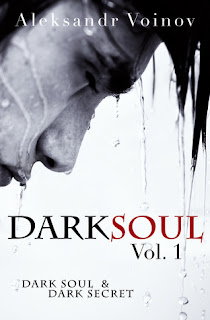 Stefano Marino is a made man, a happily married west coast mafia boss who travels east to await the death of a family patriarch. All the old hands have gathered—of course sharks will circle when there’s blood in the water—but it’s a new hand that draws Stefano’s eye.

Silvio “the Barracuda” Spadaro is protetto and heir to retired consigliere Gianbattista Falchi, and a made man in his own right. Among his underworld family, being gay is a capital crime, but the hypersexual—and pansexual—young killer has never much cared for rules. The only orders he follows are Battista’s, whether on the killing field or on his knees, eagerly submissive at Battista’s feet.

But Silvio has needs Battista can’t fill, and he’s cast his black-eyed gaze on Stefano. A fake break-in, an even faker attack, and Silvio is exactly where he wants to be: strung up at Stefano’s mercy, driving the older Mafioso toward urges he’s spent his whole life repressing. Stefano resists, but when the Russian mob invades his territory and forces him to seek aid, Gianbattista’s price brings Stefano face to face once more with Silvio—and his darkest desires.


********************
As I started reading this book I couldn't help but find myself feeling the same as when I watched The Sopranos on tv.  Characters were doing unlikable things, but they were still likable characters amidst the inner workings of the mafia.  This is a dark and gritty world that Aleksandr Voinov has created and one that drew me in completely with its larger than life characters.
As this series begins we meet Stefano Marino, married and powerful in his own right, who's come to await the death of the "family" patriarch.  There he meets Silvio Spadaro and from there on things will never be the same for him.  Stefano is a self-made man with a conscience who is happy letting others live as they may.  Finding out that the sexy and mysterious Silvio is gay is not a problem for him but his attraction to him is.  From the moment they lay eyes on one another the sexual tension between them is combustible.  They have an intensely dark encounter on the night Silvio breaks into his room that borders on disturbing but considering the darkness in his soul I wasn't surprised that Silvio was a willing participant.
Silvio is an intriguing character, strong with a soft look to him.  He had a hard childhood with a horrible father.  It's led him into a complicated father-son, lover relationship with an older made man in Italy, Gianbattista Falchi.  Silvio's made his living as a hired killer and earned his place in Falchi's "family" by not only acting as his sub but also as his protector.  Falchi's grown bored with him though and he gets sent to help Stefano which puts them in close quarters where the sexual tension gets even stronger.  The lip lock they share is one of the hottest things I've read in a long time and had me screaming for more.  What we learn of Silvio in this book is just a tantalizing taste and I can't wait to dig even deeper into his personality.
As the first book in a series, the set-up is perfect.  The portrayal of the mafia world feels realistic with all its violence, prejudices and excessive manliness.  The different locales both here and overseas add a nice bit of exoticness to the story and gave us an intriguing added glimpse into the main character's lives.  Just enough info is doled out to get you fully immersed in the story but enough is left hanging to get you excited for the next installment.  With its dark and gritty world and conflicted characters Dark Soul is a series that promises to reach out and grab you and I for one am happy to jump on board and look forward to Volume 2.
My rating for this is a B+
*I received this from the author in exchange for my honest opinion.
at February 18, 2012