With the plethora of m/m books on the market, I'm pleased to run across an intriguing historical read featuring two ladies in love.  Courtesy of Bewitching Book Tours, Alyssa Linn Palmer is here today to give us a glimpse into her new book Prohibited Passion.  So make Alyssa feel welcome and learn more about about this exciting book.... 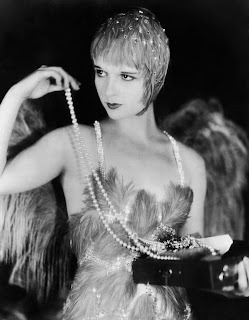 Flappers were the new, independent women of the post-war (WWI) decade, no longer confined to the home. The New York Times, in an article published July 16, 1922, stated that a flapper “...is shameless, selfish and honest, but at the same time she considers these three attributes virtues.”

Today we know the flapper for her looks, from the cloche hats, the drop-waist dresses, and the iconic Louise Brooks. Fashion was essential: the styles moved away from the more traditional, full length dresses and skirts, and by the end of the 20s, the skirts had come to the knee. (All the better to dance the Charleston.)

Mass-market consumerism really took hold after WWI, and women had money to spend. They were out of the home, investing in the stock market, going to speakeasies... doing almost everything a man could do. They were no shrinking violets.

CeeCee, the flapper in my story, embodies the woman of her time. She’s confident, even when confronted with the disdain of the townsfolk in Bandit Creek. She’s the complete opposite of Ruth, the pastor’s daughter who was raised very conservatively. Ruth dreams of freedom in the big city, and CeeCee is everything Ruth wants to be. However, Bandit Creek isn’t ready for women to demand the same independence as men... 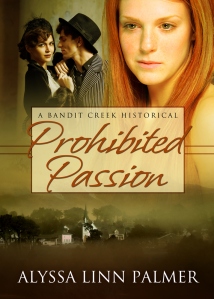 Alyssa has many passions. Fortunately, none of them are prohibited. When she isn’t working, she’s writing dark tales inspired by mid-20th-century noir books and films, cooking up a storm in her kitchen, and reading.