An older, more jaded police chief finds himself attracted to the recently divorced younger woman next door in this tale full of unexpected twists and turns set in the MC world.  Keep reading to get a tempting taste of Law & Beard by Lani Lynn Vale, along with my impressions of it, then add this exhilarating romance to your bookshelf.  In honor of this eighth installment in the Dixie Warden Rejects MC series make sure to fill out the form below for the chance to win a $10 GC too! 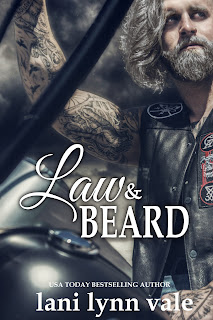 Winnie thinks she has the perfect life.
Two beautiful, healthy children. A police officer husband. A job that she loves. Oh, and let’s not forget that she’s a nationally ranked marathon runner.
Fast forward six months, and her perfect life has imploded.
Winnie finds herself in a completely new world, and this new world is a brutal bitch.
In this new life of hers, her husband is gone. He realizes, at the worst possible time, that he’s no longer in love with her. He’s in love with her best friend. So he leaves, and doesn’t look back.
Her sixteen-year-old daughter is in trouble with the law, and she’s barely making ends meet thanks to losing the job that was keeping her and her tiny family afloat.
Then, the last thing that could make it all bearable, her running, is ripped out from under her, too. Thanks to a spinal stroke that leaves her unable to walk, let alone run, she’s having to relearn how to do the simplest of tasks—such as putting on her own pants.
She’s at the lowest of lows, and the last thing she wants is a sexy, bearded, motorcycle riding alpha to tell her how to live her life.
But Steel Cross never asks her what she wants.
*****
The moment Steel Cross sees Winnie’s daughter steal some shoes for her younger brother, he knows he’s in trouble.
He’s a sucker for misunderstood teens. After all, he was once one himself.
He knows he can’t just walk away, and the moment he sees that troubled teen’s mother, he doesn’t just know it, he feels it. Down to the very bottom of his soul.
With his share of hard knocks, he knows that he shouldn’t step in and make his move on a fellow police officer’s ex. There’s a code, after all, yet he just can’t seem to help himself.
He’s done being the good guy. Sometimes he just wants to be bad.
And Winnie makes him realize that being bad is still kind of good. As long as you’re with the right person.

I’d never, not once, had the pleasure of giving a blow job.
Yet, I wanted to give one…to Steel.
Jesus Christ, did I want to give him one.
The man turned me on in ways that I had no clue I could be turned on by, yet here I was, wondering what it would feel like to give the man a blow job.
My curiosity got the better of me as I googled more tips—which they’d said they’d done as a comparison—and then I got lost in the World Wide Web.
My first stop had been Cosmopolitan!
My second had been some random Joe-Blow (literally, that was the name of the website) blog that gave the men’s top ten best blow job tips—according to men.
1. Maintain eye contact.
2. Tie your hair back, it shows your dedication.
3. Allow him to put his hand in your hair and control the movements.
That, I could do! In fact, the idea of Steel putting his hands in my hair and controlling all of the movement was downright arousing.
4. Use your hand as well as your mouth.  Twist it side to side lightly as you pump and suck him.
Okay, pump, suck, and twist. Check!
5. Don’t use your teeth. Ever.
I shivered at the thought. That would suck, accidentally biting Steel’s dick. He’d probably never let me near him again and kick me straight the hell out of his bed. Though, I had to get in his bed first...
6. Drop down so he’s standing and you’re kneeling. There’s nothing more arousing than watching a woman get on her knees.
That thought made me shiver. Would Steel like me on my knees?
I sure the hell hoped so. I’d love to get on my knees for him.
Then again, I was doing good with my rehab…he still might have to help me back up.
I winced. Maybe I should just get on the bed between his splayed thighs…yes, that was how I’d do it.
7. Suck his balls.
Suck his balls? How the hell did I put those in my mouth? There wasn’t enough room!
8. Go slow. It’s not a race.
9. Swallow.
Well, that was self-explanatory. But I didn’t know if I could swallow. I’d try, but what if I gagged?
10. We like it when you gag.
Did they? What if I accidentally threw up? That would completely ruin the mood.
“What are you doing?“
I squeaked and jumped as Steel came out of the bathroom.

GET A GLIMPSE OF THE PREVIOUS INSTALLMENTS IN THE DIXIE WARDEN REJECTS MC SERIES here. 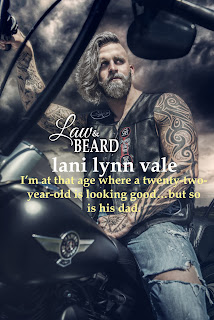 As a fan of MC-fueled romances I found this a delightful addition to the genre when it comes to the fun and flirty banter became a more seasoned police chief and his younger newly-divorced next door neighbor.  Theirs is a combustible pairing full of scorching interactions and unexpected twists and turns that kept me on the edge of my seat.  By its heartwarming conclusion readers will be left satisfied by this eighth foray into the world of the Dixie Warden Rejects MC and ready for more with glimpses of the next generation.

Steel Cross may be older and wiser in years but when it comes to matters of the heart he’s been put through the wringer.  His last relationship ended with an annulment and an ex-wife hounding him.  Though he’s noticed his new next-door neighbor, he vows not to get involved as it’s clear she carries lots of baggage.  His plans go awry though as he becomes a savior to her teen daughter, slowly becoming invested in their melodramatic lives as they can’t seem to catch a break.  Once his heart becomes involved though he knows he can never walk away and before long he finds himself fitting in nicely with this chaotic family that has him playing hero repeatedly.  Steel’s a delicious hero who wears his heart on his sleeve, despite his initial gruffness towards Winnie and her children.  He’s an honorable man willing to sacrifice himself for those he calls family and his life or death actions endeared him to me.  Though he’s a biker readers don’t get too immersed in the world until the very end as he abided by their code in bringing a villain to justice in an act that felt justified. Steel might appear rough around the edges but he boldly shows his softer side in romantic displays balanced with his talent for dirty talk and sensual thoughts that empowered Winnie once again.  Though he’s uncomfortable with their age difference it’s not something that’s obsessively discussed as it’s clear that they’re a dynamic duo destined for HEA.

Winnie’s life once seemed perfect with her police officer husband and notoriety for being a marathoner.  It all collapsed in the blink of an eye though as her best friend had an affair with her husband while he was serving her divorce papers as she was recovering from a stroke.  She’s now left struggling to survive with no financial or emotional help from her ex.  She’s bruised but not quite broken, leery to put her heart on the line despite her intense attraction for her neighbor.  The looks he gives her are good for her battered self-esteem and their mutual attraction slowly builds to more as they progress from friends to lovers.  He’s a strong support for her when she needs him most but is never overbearing as he lets her be the strong-willed woman she was before fate dealt her such a crappy hand.  Winnie’s struggles are easy to relate to and made her a sympathetic character that you rooted for every step of the way.  Her interactions with her kids aren’t always rosy which further lent a lot of realism to the story.  Her kids are clearly her life and in one particular instance she proved just how much and it left me cheering.  Winnie’s a likable heroine, ready to live once again with the help of Steel.  At the start she was weighed down by life, but with Steel’s support she became more carefree with interactions that became more fun and flirty.  Though she made a frustrating decision late in the story, she knew it and sought to rectify it, which made me like her all the more.

Though this is part of the Dixie Warden Rejects MC series it stands nicely on its own courtesy of a crackling main couple and compelling secondary characters. It’s a tale full of intense emotions, overcoming adversity, as well as bits of unnecessary drama.  The drama surrounds Winnie’s daughter Conleigh and her painful growing pains that have her lashing out and making poor decisions that literally put her life in jeopardy.  She’s a sullen teen in some ways while acting mature in others and my feelings for her waged from frustrated to applaud-worthy.  Despite all her missteps though I still long to know more about her as her attraction to a college-aged member of the MC was touched on and is left hanging by the end.  On a whole, the suspense surrounding Conleigh came out of nowhere, felt very soap opera-ish, and the story didn’t need to go there as the emotional ups and downs were more than enough to keep me entertained and fully invested in these characters.  Though I’ve not read the other books in this series I was intrigued by the cast of secondary characters permeating this story, their sense of family, and they have me wanting to go back to read their stories too.  Fans of MC-fueled romances will be drawn to this tale and its exhilarating roller coaster ride of emotions that will have them counting down the days until we take another ride into this intense world! 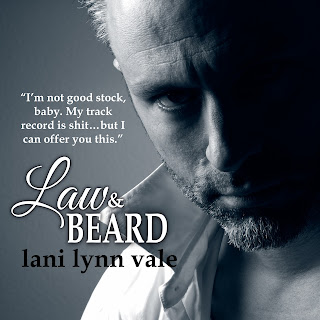