Book Tour for Then Came You by Iris Morland (REVIEW)

A widowed woman finds herself starting anew the moment she locks eyes with a small town playboy in this sweet and sexy tale.  Keep reading to get a tempting taste of Then Came You by Iris Morland, then add this first installment in the Youngers series to your bookshelf! 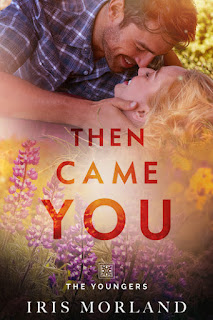 You met them in DREAM A LITTLE DREAM OF ME. Now prepare to fall in love with THE YOUNGERS, a brand-new series from Iris Morland, full of sexy men, passionate women, and the love stories you can’t get enough of.
After witnessing his parents’ doomed love affair, serial playboy Ash Younger decided long ago that love was not meant for him. With his charm and good looks, he’s never lacked for beautiful women. He may push numbers as an accountant by day, but by night, he’s only interested in having a woman in his bed.
Yet the night he encounters a mysterious—and gorgeous—widow who doesn’t immediately fall under his seductive spell, Ash realizes he wants her more than he’s ever wanted another woman.
Following the loss of her husband two years ago, Violet Fielding wants to focus on two things: her jewelry business and beginning her life anew in the small town of Fair Haven, Washington. She doesn’t have time for men or romance, and she certainly doesn’t have time for a man who’s a well-known playboy and younger than her.
Violet already found the love of her life in her husband, and after his death, she knew she could never love anyone again.
But when Ash kisses her, all of her plans and promises are turned upside down. A passion stronger than either Ash or Violet could imagine envelops them both one night—and that night changes everything.
As old heartbreaks threaten to tear the couple apart, both must find the courage to see that, of all things, love is worth a second chance. 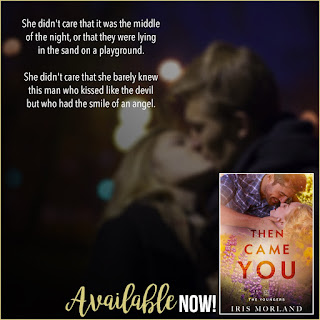 Readers will find themselves drooling over the near-perfect hero in this small town romance of a widowed woman struggling to start over and the guilt holding her back from the HEA he tempts her with.  From the first page to the last readers will be taken on a rollercoaster ride of emotions that will take you from blushing to feeling warm fuzzies to feeling frustrated by the heroine’s actions.  By the turn of the final page though you’ll be left satisfied yet ready for more!

Ash Younger’s footloose and fancy-free, happy to be living the single life in a town where he’s well-known for being a player.  The night he sees the captivating new girl in town though his life changes irrevocably as he begins feeling things he’s never felt before.  Before long he finds himself fully immersed in her life as he forces her to hear painful truths that could end their relationship before it’s barely begun.  Ash is a delicious hero, confident and flirtatious who oozes sensuality whenever he’s around a female.  He finds Violet a challenge at first and makes it his mission to win her over in a burgeoning romance that started off fun and flirty before becoming more erotically-charged the closer they got to each other.  Ash may seem superficial early on, caring only about instant gratification, but as the story progressed we saw a more mature side of him that had him putting his heart on the line in subtle and bold ways that endeared him to me.

Violet Fielding lost her husband two years ago in an accident that she still feels guilt over.  She’s been punishing herself ever since, living a life of loneliness while being caretaker to her mother-in-law.  After much goading she finally gives in and meets a man that turns her life upside down.  From the moment she meets Ash she’s attracted to him, but recognizes him as a player, and takes him on a merry chase as each tries to verbally outmaneuver the other.  When the temptations become too much though she finds herself giving into the erotically-charged banter that quickly becomes more romantic.  She always thought she and her husband were happy but being with Ash has her discovering what true love is as well as some painful truths about her dead husband’s actions.  Her reactions to these truths frustrated me immensely and had me wanting to shake some sense into her.  I was further frustrated by her reaction to Ash’s help as her anger was unwarranted as were her quick assumptions.  She pushed her chance at HEA away to continue wallowing in self-imposed guilt, guilt for someone who clearly didn’t deserve it despite her trying to justify it.  While I liked Violet early on I became increasingly frustrated with her and it wasn’t until late in the story that I was once again on her side.


This was a satisfying romance on a whole with a decadently delightful hero who pulled at my heartstrings while making me blush from his naughty talk.  Ash’s sexiness quickly turned to charm as he set out to win Violet in increasingly romantic ways until a grand gesture that completely won me over.  Violet too evolved through this story, but not always for the better as she often left me frustrated in the latter half of the story.  Despite my issues with her I still found them to be a crackling couple with witty banter and interactions that oozed sexual tension in a romance that became more about the heart and soul.  Surrounding this likable main couple was a cast of secondary characters, some whose stories have already been told as well as those with stories yet to come.  One of those characters is Ash’s sister Thea, a wild child who longs to find herself.  She’s a feisty heroine who tells it like it is, and with a compelling epilogue laying the groundwork for her romance with a man who’s her opposite in every way, I’m breathlessly awaiting the next book in this series! 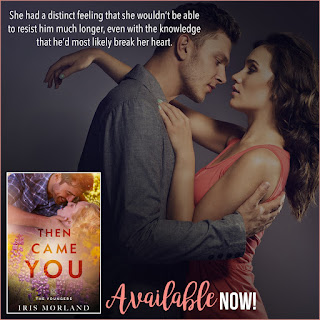 A coffee addict and cat lover, Iris Morland writes sexy and funny contemporary romances. If she's not reading or writing, she enjoys binging on Netflix shows and cooking something delicious.