Book Release Review for Soul to Keep by Garrett Leigh

An addict’s journey to recovery drives this emotionally intense m/m romance when a young man with a difficult past and self-esteem issues finds a kindred spirit in the wounded warrior with issues of his own.  Keep reading to get a tempting taste of Soul to Keep by Garrett Leigh, along with my impressions of it, then add this second installment in the Rented Heart series to your bookshelf! 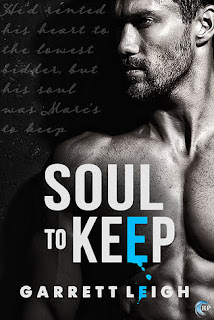 Recovering addict Jamie Yorke has returned to England from California. With no home or family to speak of, he sticks a pin in a map and finds a small town in the Derbyshire Peak District. Matlock Bath is a quiet place—he just needs to get there, keep his head down, and stay clean. Simple, right? Until a chance meeting on the flight home alters the course of his so-called life forever.
Ex-Army medic Marc Ramsey is recovering from life-changing combat injuries while pulling nights as a trauma specialist at the local hospital. Keeping busy is a habit he can’t quit, but when Jamie—so wild and beautiful—bursts into his life, working himself into the ground isn’t as compelling as it used to be.
Marc falls hard, but chaos lurks behind Jamie’s fragile facade. He’s winning his battle against addiction, but another old foe is slowly consuming him. Both men have weathered many storms, but the path to the peace they deserve might prove the roughest ride yet.

The journey of recovery for an addict takes center stage in this gritty and emotionally intense tale that doesn’t pull any punches.  Readers will quickly be pulled into the insta-connection that starts off with a slow burn to become a consuming part of both of these character’s lives.  Along the way readers will be put through the wringer alongside a couple dealing with their own demons.

Jamie Yorke’s story started in the book Rented Heart and showed him at his lowest point.  His addiction was raging out of control, pulling him and his friend Zac down, putting them in danger despite how far they ran.  He and Zac had a complicated relationship, a toxic one at times that wavered between friendship and sometimes more.  It was clear though that he and Zac were never going to have a HEA as a couple and out of a myriad or reasons Jamie’s heading back to England as he doesn’t want to taint the happiness Zac found with another.  Though Jamie’s been clean for a year in this book he’s still struggling.  His feelings over his past have him feeling tainted and not meant for love.  He feels unworthy and it’s exacerbated by his increasing OCD behaviors. From the start he’s a ticking time bomb and readers are on edge waiting for him to blow. It’s a palpable feeling that left me as jittery as him and when it finally happened I was happy that Marc was there to save him from himself.  Jamie’s a colorful character who jumps off the pages.  He’s admitted to his past mistakes, atoned for them, and knows he’s got a lot of work ahead to become the man he wants to be.  He’s made lots of positive strides and I applaud all the work he’s done thus far, but I was sometimes frustrated by his hiding out from life.  I was also frustrated by not learning more about him as I never felt that we got a deep insight into him.  Reading the previous book is therefore highly recommended as readers see how far he’s come in his recovery and learn a bit more about the childhood demons that have weighed on him and that were casually mentioned here.  Despite all his baggage, his closed-off vibe, he’s still a likable character who I wanted to hug.  He has a good heart but was scared to put it on display for fear he’d get hurt which is why I was thankful for Marc being the one to catch him when he needed a soft landing most.

Marc’s a bit older and wiser than Jamie, hardened by his life in the military and a life-altering injury that leaves him in pain both in body and soul.  Marc’s an amputee and from the start the author deals with it head-on and in a realistic and respectful way.  He hasn’t let his disability define him or break him, but there is a moment where his self-esteem weakens when he disrobes for the first time with Jamie.  It made my heart ache as he’s so strong and sturdy throughout the story and Jamie’s reaction couldn’t have been more loving. Marc’s clearly got his act together in this story which is a good thing as Jamie needs all the help he can get.  Marc’s always been the protector, all through his military years, and that continues here.  He’s there for Jamie through all his emotional highs and lows, a steady support, and his unwavering belief in Jamie endeared him to me and deepened their connection.  Throughout this tale Marc’s an immensely appealing character who’s truly heroic with a heart of gold he wears on his sleeve.

This was a gritty romance that had me on edge as I waited for Jamie’s issues to come to a head.  It’s a twitchy feeling that felt like a freight train racing closer as the story raced to its conclusion.  Marc’s a nicely defined character with his background clearly on display to make him the appealing character he is and which had me cheering for him. Jamie’s a bit less defined here with his psyche not dealt with as fully as I’d hoped.  He’s overcome some issues but others are weighing on him that I desperately wanted him to deal with here.  Not doing so frustrated me and was a lost opportunity to fully discuss mental illness and addiction.  What talk of addiction is here though is well done.  Jamie’s not going to get a quick fix as those needs don’t easily go away nor is health care funded adequately to meet everyone’s needs.  On a whole this is an engaging story with a satisfying older man/younger man romance that nicely deals with serious issues to reach its HFN conclusion.  For a richer experience I’d definitely read the previous installment in this series as it makes Jamie’s journey more heartfelt.

My rating for this book is an B+ 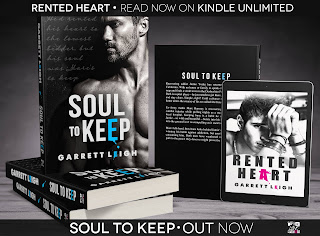 THE FIRST INSTALLMENT IN THE RENTED HEART SERIES: 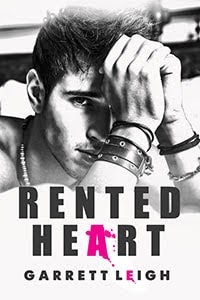 RENTED HEART
LAMBDA Finalist 2017
Ex-surfer-turned-businessman Liam Mallaney moved back to Holkham, Norfolk, to mourn the loss of his husband. Grief and loneliness keep him a solitary figure, and he likes it that way. There’s no room in his broken heart for anything else.
Rentboy Zac Payne left London and most of his demons behind, but he still only knows one way to make a living. When he spots Liam in a club one night, it seems he’s found his mark. But Liam proves nicer—and their connection far deeper—than he’d bargained for.
Their arrangement quickly becomes too complicated for Zac, who has other things on his mind: namely his BFF and wayward flatmate, Jamie. Zac owes Jamie the world, and even as Jamie’s drug addiction destroys all they have, Zac won’t leave him behind.
Besides, Liam knows nothing of Zac’s home life, too caught up in his own head to think much beyond the crazy heat he and Zac share. But when trouble comes to Zac’s door, putting his life in danger, Liam must set his grief and anger aside to pick up the pieces of Zac’s shattered heart and his own.

BUY AT AMAZON (FREE FOR A LIMITED TIME) here. 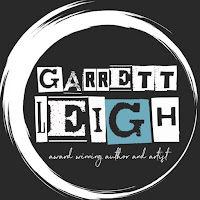 Garrett Leigh is an award-winning British writer and book designer, currently working for Dreamspinner Press, Loose Id, Riptide Publishing, and Fox Love Press.
Garrett’s debut novel, Slide, won Best Bisexual Debut at the 2014 Rainbow Book Awards, and her polyamorous novel, Misfits was a finalist in the 2016 LAMBDA awards.
When not writing, Garrett can generally be found procrastinating on Twitter, cooking up a storm, or sitting on her behind doing as little as possible, all the while shouting at her menagerie of children and animals and attempting to tame her unruly and wonderful FOX.
Garrett is also an award winning cover artist, taking the silver medal at the Benjamin Franklin Book Awards in 2016. She designs for various publishing houses and independent authors at blackjazzdesign.com, and co-owns the specialist stock site moonstockphotography.com with photographer Dan Burgess.