Opposites attract in this exhilarating romance that takes place on and off the ice as an unexpected romance flourishes between two very likable, but very different individuals.  Keep reading to get a tempting taste of Royce by Kat Mizera, along with my impressions of of it, then add this tenth installment in the Las Vegas Sidewinders series to your bookshelf! 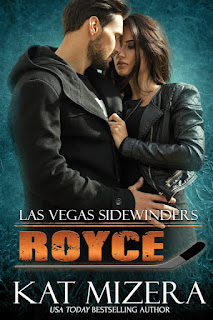 Just because opposites attract, doesn’t mean they belong together...
Professional hockey player Royce Lenahan is no stranger to chaos. He grew up surrounded by it, so as an adult he likes things nice and orderly: His apartment, his hockey schedule, even his dates. When his best friend and teammate asks him to take his visiting sister to a rock concert, he isn’t expecting the sultry, leather-clad vixen that has his jaw dropping.
Force of nature Kristina Papadakis feels like two separate people sometimes: The demure, proper Greek girl she was raised to be, and the badass rock musician she could be. She’s never had a problem keeping her worlds apart until her brother’s straight-laced but oh-so-hot teammate stumbles into both of them, creating a collision she wasn’t looking for.
As Royce and Tina explore an unexpected but undeniable passion, they soon discover that love isn’t always enough. Opposites might attract, but they’ll have to learn to compromise if they want to last. Royce has to be willing to give up control long enough to tame Tina’s gypsy soul, before she wanders away for good. 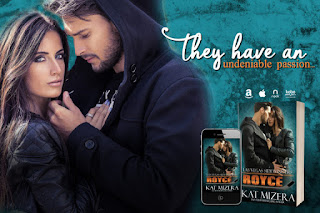 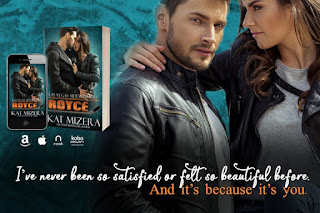 Ten books in and Ms. Mizera still manages to keep things fresh in this sweet and sexy tale of opposites attracting set against the backdrop of hockey and the music world.  Royce and Tina are both larger than life characters with a romance that takes you on a rollercoaster ride that will keep you glued to the pages.  It’s a romance that at times frustrates, often pulls at the heartstrings, but ultimately satisfies by putting a smile on reader’s faces.

Royce is a star hockey player, hard working and dedicated to the sport he’s devoted years to.  He’s a bit regimented and likes things orderly too, much to the chagrin of his teasing teammates.  His need for control arose from a childhood of chaos as his mother’s free spirit left him feeling lost and frustrated and yet today it’s tainted their relationship, while coloring many of his potential romantic relationships.  The moment he meets his best friend’s sister though, he throws caution to the wind in an instant attraction to a woman living life on the edge.  Throughout their time together Royce tries to balance his need for control with her chaotic way of life, sometimes successfully and sometimes with heartbreaking results.  It makes for a rocky road to HEA that felt all the more real for its emotional ups and downs.  Despite his calm and controlling demeanor I found Royce a likable hero.  I enjoyed the balance of seriousness he showed the world while behind the scenes he was playful with fun and flirty interactions with Tina.  When it comes to the bedroom he used his control to turn up the heat and it further brought out an intriguing dichotomy to the strong-willed Tina.  Royce sometimes faltered in his relationship with Tina, but he ultimately made heartwarming amends that endeared him to me and had me rooting for him every step of the way.

Kristina Papadakis has always been a free spirit, always been the black sheep of the family for living her life on her own terms.  While they see her as flighty and indecisive, she’s anything but that as she’s made a successful career for herself as a travel agent while embracing her love of music.  It’s that dichotomy that first intrigues Royce and has them finding an unexpected connection that scorches up the pages.  Tina’s brother Dmitri still sees her as a child, discounts her way of life, but with Royce she finds acceptance...though that acceptance puts a strain on their relationship at times.  It’s a realistic turn as they both have very different careers that take them in opposite directions that will pull at reader’s heartstrings in their fight for HEA.  Tina’s a likable heroine who projected a quiet demeanor to her typical Greek family, while living a bold life that fueled her soul and left me cheering.  Tina’s full of life and I liked seeing her shake-up Royce’s control as it made for an entertaining journey to HEA.

Though this is the tenth book in the Las Vegas Sidewinders series it stands strongly on its own with two very likable and easy to relate to characters.  Their relationship may have been rocky at times because of their very different personalities, but their differences made them a much stronger couple through crackling interactions and sensual banter.  Surrounding this appealing main couple was a large and equally entertaining cast of secondary characters who fans of the series got an update on while enticing new readers to catch up from the very start.  While the theme of this story is familiar Ms. Mizera injects new energy and sensuality into this tale of opposites attracting that kept me glued to the pages as I cheered Royce and Tina on throughout their hard-fought journey to HEA. 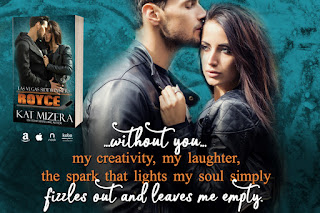