Fans of historical romances will find themselves quickly captivated by this exotic tale of a strong-willed woman trained to cater to rich men whose choices changed her, and her daughter’s life, irrevocably.  Keep reading to get a tempting taste of The Song of the Wild Geese by India Millar, then add it to your bookshelf when it releases tomorrow.  In honor of this first installment in The Geisha Who Ran Away series make sure to visit the link below for the chance to win a $25 Amazon GC too! 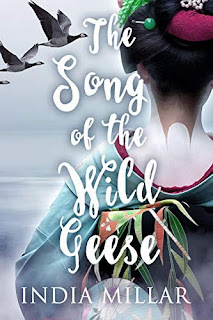 Terue. The girl who was plucked from obscurity to become the most sought after geisha in Edo’s Floating World. The geisha who was so beautiful and talented that one of the richest nobles in Japan desired her as his wife.
But Terue wanted more from life, and was willing to risk everything to get it. Pregnant with her lover’s child and knowing that the disgrace would mean certain death for both her and her unborn child, Terue makes the devastating choice to flee Japan on the day her daughter – Kazhua, The Geisha with the Green Eyes – was born and changes both their destinies forever. 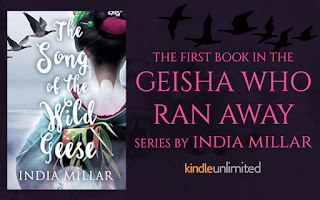 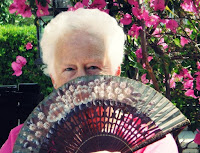 INDIA MILLAR started her career in heavy industry at British Gas and ended it in the rarefied atmosphere of the British Library. She now lives on Spain’s glorious Costa Blanca North in an entirely male dominated household comprised of her husband, a dog, and a cat. In addition to historical romances, India also writes popular guides to living in Spain under a different name. Her Romance Noir series is highlighted on her website. 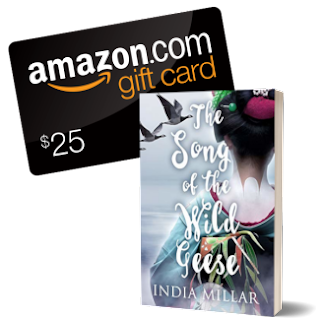