In a connection teeming with temptation, a man finds himself attracted for the first time to a young woman sworn to do right by her family, a woman betrothed to his best friend in this historical romance.  Keep reading to get a tempting taste of When Love Leads to Scandal by Sophie Barnes, then add it to your bookshelf!  In honor of this first installment in The Townbridges series make sure to fill out the form below for the chance to win a $10 Amazon GC too! 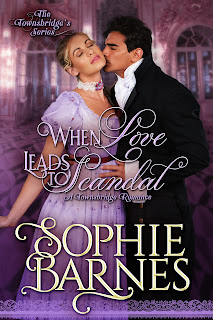 Two people fated to be together...
Recently engaged to the Earl of Langdon, Lady Bethany is content with the knowledge that she’s made a wonderful match for herself. Until a chance encounter with a handsome stranger makes her wish she was still unattached – a sentiment that grows even stronger when circumstance causes her to spend more time in this gentleman’s company.
And the duty that threatens to come between them...
Charles Townsbridge is not prepared to learn that the mystery woman he met in the park, the very same woman he cannot get out of his head, is in fact his best friend’s fiancée. Determined to do the right thing, he tasks himself with quashing the attraction, only to discover that the heart cannot be so easily controlled. 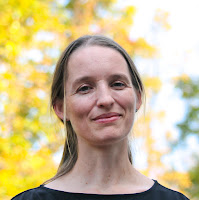 Born in Denmark, Sophie has spent her youth traveling with her parents to wonderful places all around the world. She’s lived in five different countries, on three different continents, and speaks Danish, English, French, Spanish and Romanian.
She has studied design in Paris and New York and has a bachelor’s degree from Parson’s School of design, but most impressive of all – she’s been married to the same man three times, in three different countries and in three different dresses.
While living in Africa, Sophie turned to her lifelong passion – writing.
When she’s not busy, dreaming up her next romance novel, Sophie enjoys spending time with her family, swimming, cooking, gardening, watching romantic comedies and, of course, reading. She currently lives on the East Coast.

a Rafflecopter giveaway
at February 21, 2019