Book Spotlight on More Than Anything by Natasha Anders (GIVEAWAY)

After an unforgettable night together two people are torn apart over harsh words and years of secrets and painful pasts make for a very rocky road to HEA.  Keep reading to get a tempting taste of More Than Anything by Natasha Anders, along with hearing from Ms. Anders as she discusses this compelling main couple, then add this contemporary romance to your bookshelf.  In honor of this first installment in the Broken Pieces series make sure to fill out the form below for the chance to win a digital copy of this book along with a $25 Amazon GC too!

Then and Now with Natasha Anders...Hi there, my name is Natasha Anders and I’m here to talk about my newest release – More Than Anything. This book features Tina Jenson and Harris Chapman as the lead characters.
Tina and Harris have known each other forever. They belong to the same social circle and attended high school together. When Tina was eighteen and Harris twenty, an ugly incident drove them apart and for the next ten years they barely spoke to each other.
The years have not been kind to Tina, she struggles to maintain familial relationships and friendships and finds it hard to even consider forming bonds with new people. As a teenager she was incapable of handling the overwhelming loss and sadness of what had happened to her and as she grew into a woman, a large part of her remained lost in the past and incapable of moving forward.
Tina’s emotional growth throughout the story is painful but necessary. She has frozen the pain, humiliation and absolute devastation resulting from the incident with Harris, into a solid block of ice. She has never properly dealt with any of that anguish and now the ice is thawing and all of those overwhelmingly painful emotions are surfacing. Tina is far from perfect and she makes a lot of mistakes throughout the story. But these mistakes are necessary in order for her eventual metamorphosis into a strong, capable, and emotionally mature woman to be believable.
Harris’s journey is very different. He tries his best to fix what has happened between them. Unaware of how damaging their encounter was to Tina, he often attempts to reach out to her and apologize for causing her pain. After constant rejection from her, he tries to move on with his life and for a few years he almost succeeds. But whenever he sees Tina, he finds himself drawn to her. He’s a steady, dependable guy. But it’s hard for Tina to see him as such. To her, he will always be the boy who hurt her. The boy responsible for the worst night of her life and for every difficult thing that has happened as a result.
When he finally finds himself in the position to be her rock, Harris truly shines. He’s by no means a perfect man and sometimes he’s stubbornly determined to do the “right thing” even if it tends to be self-defeating. But he eventually recognizes that the best thing he can do for Tina and himself is to allow her to make her own decisions and trust her to know her own heart and mind.
Despite their many trials and frustrations, Tina and Harris will always be better together. This is the story of how they discover that absolute truth for themselves. 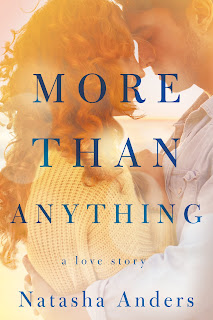 Tina Jenson belongs to the same social stratum as Harris Chapman, but he’s out of her league—at least that’s what she thinks before they jump in bed together. It’s the perfect night, but when she overhears crude, hurtful comments the next morning, she can’t get away fast enough.
Ten years later, Tina’s life is a mess. That night with Harris didn’t just hurt her feelings; it started a cascade of disappointment and heartbreak. Every time she bumps into Harris, her heart twists inside out. She still wants him, but she’s harboring a painful secret from their night together that she’s not ready to reveal.
Crossed signals, high-society whispers, and shame have kept Tina and Harris apart for years, but deep down, they’re hungry for each other and eager to write their own rules. Can they let go of the past and find their way back to each other, or are the barriers between them too high and too strong?

“How you’d like your steak cooked?” Harris asked.
“Medium rare.” Tina retreated to one of the mismatched tall stools at the breakfast bar and clambered up onto it. She watched him competently move around the kitchen, cleaning and washing the spuds before readying them to go into the oven. He hummed softly beneath his breath as he worked … the tune was very familiar, but because his humming was so off-key, she couldn’t quite place it. The title hovered on the edge of her brain.
“Ugh, what is the name of that song? It’s driving me crazy!”
He looked up, startled. “What song?”
“The one you’re humming.”
“I’m not sure. Wait…” He hummed again and then breathed a few lyrics in a falsetto voice that reduced Tina to stitches. He repeated the same two words over and over again. And the words, combined with the seriously off-key tune, were definitely familiar to her.
He shook his head before saying, “I’m not sure what that song’s called … hey, stop laughing. I know for a fact your singing voice isn’t much better.” His offended observation just made her laugh harder. “Do you know the song title?”
“It’s…” She gasped for breath, then broke down into gales of laughter again when she glanced up into his expectant face. She folded her arms on the countertop and dropped her head for a moment as she tried to bring her giggles under control. Once the laughter abated, she lifted her gaze to his smiling eyes—he didn’t really look offended at all, just gently amused. “I’m sorry. It’s not your singing … okay, it kind of is. But I think I found it funnier that you were asking for the song’s title when you k-kept…” She inhaled deeply when it felt like the laughter was threatening again. “Kept singing it in that godawful voice.”
“What do you mean?”
“The song’s called ‘No One,’ Harris. By Alicia Keys.”
“Oh.” He twisted his face into a sheepish grimace before chuckling, the sound deep and masculine. “That makes sense. I like that song.”
She did too. In fact...
“We danced to that song. On my twentieth birthday,” he said, his voice quietly reminiscent. She nodded, surprised that he remembered the song, considering the state he had been in that night.
“I know.” Danced. And then kissed. Her very first kiss. The song had come to mean so much more to her, but she determinedly tamped down those particular memories.
Amusement fled, and they exchanged an uncomfortable look before both averted their eyes. Silence descended, their troubled history once again asserting itself between them. Tina nervously drummed her fingers on the Formica countertop.
“Tina.” His voice sounded anguished. “If I could do it all over again...”
She stopped tapping and lifted her hand to prevent him from saying anything further.
“Let’s not go into this again, Harris.” She watched him screw his eyes shut as he battled with what looked like some pretty powerful emotions.
“Damn.” The word was soft and fierce and sounded like a prayer.
“Why don’t we…” She paused as she considered the words she was about to utter. No matter which way she phrased them, they would seem like an olive branch. And she wasn’t sure if she wanted to extend one yet. Or ever. Still, she was in his—temporary—home, about to break bread with him, so to speak, and maybe—for her emotional health—it would be best. “Why don’t we set this aside? For today at least.”
She watched his throat move as he swallowed and then shifted her gaze to his navy-blue eyes, which were alight with gratitude.
“I’d like that,” he said gruffly, offering her the tiniest of smiles.
Tina heaved a relieved sigh, feeling lighter than she had in months. Possibly years.
“Good. Now, how about you get those steaks on? I’m starving.” 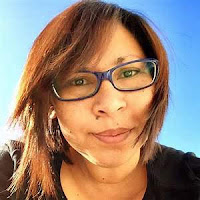 Natasha Anders was born in Cape Town, South Africa. She spent the last nine years working as an assistant English teacher in Niigata, Japan, where she became a legendary karaoke diva. Natasha is currently living in Cape Town with her temperamental and opinionated budgie, Sir Oliver Spencer, who has kindly deigned to share his apartment with her.