Book Spotlight on The Friend Zone by Sariah Wilson (GIVEAWAY) 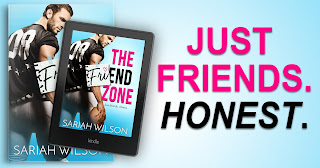 Readers will find themselves captivated by this sexy tale of second chances set in the football world as a forbidden romance flares back to life.  Keep reading to get a tempting taste of The Friend Zone by Sariah Wilson, along with hearing from the author who talks about why football players make delicious heroes too.  In honor of this first installment in the End of the Line series make sure to fill out the form below for the chance to win a $25 Amazon GC along with a digital copy of this book too!

Why Football Players Make the Best Book Boyfriends.....I got inspired to write the “End of the Line” series after seeing the Netflix documentary Last Chance U. I loved the idea of a junior college that gave Division 1 football players a second chance at the NFL or to play for a Division 1 school again after they’d screwed up their scholarships. I chose football because while my family is not a typical sports family (my husband doesn’t watch at all), my oldest son played football all four years of high school and I’ve always enjoyed watching the game. Plus, isn’t there something just inherently appealing about football players?
It’s part of what makes them such great heroes—they’re strong, athletic, talented, protective. They’re committed to playing their sport and playing it well, which can also translate off the field and make them the types to seriously commit to a relationship because they’ve shown they’re willing to do the work to get what they want. I think that level of dedication speaks a lot to the kind of boyfriends they turn out to be.
My current project is THE FRIEND ZONE, and it’s a story about Logan Hunt, a disgraced football player being given a second chance to play and graduate from college, which he is determined to do. His new coach has a lot of rules he expects his players to follow, including no dating. Jess is Logan’s math tutor and off limits, especially since she’s the coach’s daughter. They decide to stay just friends and try to fight off their growing attraction to one another. He’s the perfect guy to start off this series because he’s someone who has overcome a lot and exemplifies what EOL means for the players—the chance to start over. 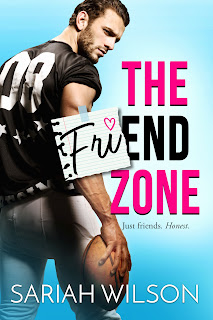 Disgraced college quarterback Logan Hunt was on his way to NFL stardom when he messed up big-time. Now the Texas star player with a bad temper has a new option: Seattle’s EOL College—as in End of the Line, to his fellow misfit recruits. It’s Logan’s last chance. If he can follow the rules. No parties, no fighting, no swearing, and oh, no dating the coach’s daughter, Jess. Simple. Yeah, right. For Logan, there has never been a rule he’s more tempted to break.
The deal is “just friends.” The pretty, confident, and fiercely smart math whiz is fine with pizza, tutoring, and keeping Logan in line. But the closer Jess gets, the more receptive she is to his warm heart and spirit—not to mention his irresistible off-field passes. With defenses down, they’re both heading into the danger zone.
It’s more than thrilling. It’s love. It’s also a game changer that could sideline Logan’s NFL goals—and more important, a future with Jess. But dreams are worth fighting for, right? 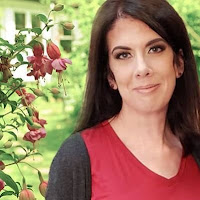 Bestselling author Sariah Wilson has never jumped out of an airplane or climbed Mount Everest, and she is not a former CIA operative. She has, however, been madly, passionately in love with her soul mate and is a fervent believer in happily ever afters—which is why she writes romance series like The Royals of Monterra and #Lovestruck. After growing up in Southern California as the oldest of nine (yes, nine) children, she graduated from Brigham Young University with a semi-useless degree in history. She currently lives with the aforementioned soul mate and their four children in Utah, along with three tiger barb fish, a cat named Tiger, and a recently departed hamster who is buried in the backyard (and has nothing at all to do with tigers).