It’s a sizzling frenemies-to-lovers tale that brings together a hard working young woman and a gruff former soldier that gets put to the test when his past invades their burgeoning HEA.  Keep reading to get a tempting taste of Smooth Moves by Marie Harte, then add this sensual contemporary story to your bookshelf.  In honor of this second installment in the Veteran Movers series make sure to fill out the form below for the chance to win 1 of 5 copies of the first book in this series too! 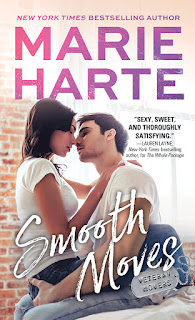 He may be all brawn
But when it really counts... His heart is all gold
Former Marine Cash Griffith is a brawny beacon for trouble, always finishing a fight that someone else starts. Working at his family's moving company, he does his best to keep a low profile, but he can'thelp but tangle with the newest employee, Jordan Fleming.
When Jordan joins Vets on the Go! she has her hands full with her new job and her rebellious teenage brother, not to mention going toe to toe with the obnoxious, arrogant, incredibly hot Marine at work. Soon their battles turn to camaraderie, and one kiss leads to a connection neither of them expected. But when dark secrets come to light, will their bond break...or strengthen into a happily-ever-after they desperately desire?

Smith left them, and Cash glared at Smith’s back until he disappeared into the office. “I hate that guy.”
“I think the feeling is mutual.” Jordan wondered why.
“Has he been bothering you?” The look in Cash’s dark-green eyes warned her the man spoiled for a fight.
“Nope. He’s easy to get along with.”
Cash seemed disappointed. “Oh.”
“And he rarely talks. We got the Jasper job done in one day. Would have been back sooner, but traffic sucked.”
He let out a long sigh. “So what’s this favor I ‘owe you’?”
“I need you to talk to my brother.” The admission she couldn’t handle her own family felt easier while looking at his chest.
“Your brother?”
She glanced up, saw his interest, the way it lit up his face, and did her best not to stare at his firm, kissable lips. Damn it. She needed to focus on the man’s irritability, not his sex appeal.
Jordan swallowed. “How about I tell you about it over dinner tonight? And before you get any weird ideas, this is in no way a date. I do not want to have sex with you. I am not flirting or leading you on in any way. This is strictly to help my brother.”
He just stared at her. Unfortunately, behind him, Reid and Smith stared at her as well.
She felt her cheeks heat and wished she could sink through the floor.
“Man, I heard that,” Smith just had to say. “She in no way, shape, or form wants you, Cash. Not fucking at all.” Smith laughed as he walked away. His shouted “Rejected,” followed by more laughter, boomed down the corridor.
“Please tell me I can hit him,” he said to Reid.
“No. But I’m curious to hear why Jordan thinks she has to have this conversation with you,” Reid said. Jordan privately thought of him as Cash-Light. He had the same good looks but not as concentrated. Reid had a more slender build than his bulky older brother, and he had gray eyes. Not the mysterious, deep green of Cash’s. The debonair Griffith as opposed to Cash’s raw, wild bad boy.
“I’m not harassing her. Jesus, Reid.” Cash ran a hand through his hair, which caused his massive biceps to bulge. “Tell him, Jordan.”
A sucker for a pretty body more than a pretty face, Jordan felt every time she looked at Cash as if she’d been hit by a two-by-four because he possessed both. She nodded, distracted, wondering how much he could really bench-press.
“He is harassing you?” Reid asked, frowning.
“What? No, not at all.” She felt like a moron and forced herself to meet Reid’s concerned gaze. “Sorry. I meant I agreed with Cash. He’s fine. I just wanted to make sure my offer of dinner wasn’t confusing.” She wryly added, “You know your brother does better when things are laid out on the table.”
“True. Subtle he is not.”
“I’m right here,” Cash growled.
They both ignored him. “So you’re good then?” Reid asked her.
“Dandy.”
“Great. I’ll see you tomorrow. Cash, I’ll be—“
“At Naomi’s. Shocker.” Cash shrugged, but Jordan had a sense his brother’s new relationship bothered him.
Reid didn’t seem to notice. “Have a good night, you two.” He started down the corridor. “Oh, and Cash, close up for me, would you?” Reid didn’t wait for his answer as he disappeared into the stairway.
“Why not? Not like I have a life or anything,” Cash muttered as he walked into the office. “Well? You coming?”
Jordan hurried after him and helped him turn everything off and lock up. They walked down the stairs and exited the building to the parking lot. She took a moment to watch the sun hide behind some purple clouds. Orange rays penetrated the sky-blue horizon and dotted through indigo and pink clouds, painting a picture. She wished she could bask in the moment, letting go of the worries dragging her down.
But Rafi hadn’t been around for breakfast this morning, and she knew he’d avoided her on purpose. Between yesterday’s conversation and the call she’d earlier received from his school advisor, she’d come to the end of her rope. And the timing couldn’t have been better, with her brother spending the next few days at their parents’ for a change.
Cash stopped at his car and turned to her. “Your place for dinner, you said?”
“Yes. Follow me. It’s a ten-minute drive. I’ll text you the address in case you get lost.” She sent it to him before getting into her car.
He followed without too much of a hassle since the hour had passed six. Once at her place, she parked and waited for him. The apartment complex didn’t look like much on the outside, but she had a furnished, one-bedroom unit for under a thousand in rent, and the landlord seemed like a nice lady. Since Jordan was ex-military, the woman had foregone the $200 nonrefundable cleaning fee and full rental deposit.
After letting them both in, Jordan took a glance around. The addition of Rafi to her tiny apartment made life cramped, but Jordan had lived under worse conditions. The place was clean, fitted out, and, if not to her taste, at least nothing to be embarrassed about. Yet she felt a case of nerves as Cash shadowed her, his large presence impossible to ignore. 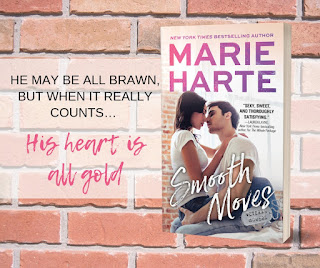