A sweet and sensual romance is beautifully balanced with suspense in this tale of a former Navy SEAL determined to help a woman from his past which quickly leads to him wanting more from her...a woman who’s had a crush on him since they were young.  Keep reading to get a tempting taste of Defending Harlow by Susan Stoker, along with Ms. Stoker’s discussion about the couples in this series, then add it to your bookshelf.  In honor of this fourth installment in the Mountain Mercenaries series make sure to fill out the form below for the chance to win a $25 Amazon GC along with a digital copy of this book too!


A MOUNTAIN MERCENARY’S SNEAK ATTACK WITH AUTHOR SUSAN STOKER....Defending Harlow is book 4 in the Mountain Mercenaries series. Each book features one of the men who were recruited by the mysteries “Rex” to work on his team to help rescue kidnapped women and children. In this book we meet Lowell “Black” Lockard who was a Navy SEAL before he became a Mountain Mercenary. He joined the group because after his stint in the Navy, he realized that he was happiest when he was being useful, helping others. He’d been close to his fellow SEALs when he’d been on active duty, but somehow he was even closer with his fellow Mountain Mercenaries.
They worked together, they played together, and they simply enjoyed spending time with each other both during missions and when they were living their lives in Colorado Springs.
Black loves that his friends have found women that completed them. Gray met Allye when he rescued her from a boat in the middle of the Pacific Ocean and they had to swim for hours to safety. Ro met Chloe when her brother was holding her hostage in his house and was about to pimp her out from his strip club. And Arrow met Morgan when they’d been down in the Dominican Republic to rescue a child who’d been kidnapped by her non custodial father. Turns out, Morgan was one of the most famous missing people the United States had ever had, and she’d been held for over a year before she’d accidentally been found by the Mountain Mercenaries.
He loves that his friends are happy, but realizes that he is…bored. He wants someone to laugh with. To talk to at the end of the day. To break the routine of his life. He envies his friends for having that.
Meeting Harlow is a turning part in Black’s life. She makes him laugh and he’s intrigued more than he’s ever been by a woman before. And realizing they went to the same high school once upon a time makes him even more curious. But there’s a problem…Harlow has had bad date after bad date and she’s sworn off dating forever.
But Black won’t give up. He decides to “trick” her by refusing to call what they’re doing as ‘dates.’ They’re just “hanging out.” And the more he spends time with her, the more he likes her…and vice versa. Harlow will have to decide whether or not to take a chance on Black, and he’ll have to figure out how to neutralize the threat looming over Harlow and the women’s shelter she works at or else the semantics of what they’re doing will be a moot point, because someone might end up dead. 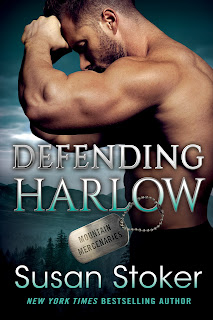 Lowell “Black” Lockard, former Navy SEAL, has watched his fellow Mountain Mercenaries settle down with the women of their dreams, but he’s convinced he doesn’t need love. Then he gets a call from Harlow Reese—a chef at a local women’s shelter—and begins to reconsider his decision.
After being continually harassed by a local band of punks, Harlow asks Lowell to give the women of the shelter lessons in self-defense. She doesn’t expect him to take such a special interest in her safety, but he insists on escorting her to and from work, never taking no for an answer. Not that Harlow minds the personal touch…especially when it’s coming from her former teenage crush.
Despite her long history of bad dating luck, seeing Black again makes Harlow rethink her self-imposed celibacy. Easy on the eyes and hard to forget, the man has morphed into an alpha stud. And Harlow may be exactly the type of woman Black is looking for. Making her feel safe isn’t only a duty; it’s a pleasure. But the threats are escalating. The motives are a mystery. And as the danger burns almost as hot as their passion, there’s much more at risk than their hearts. 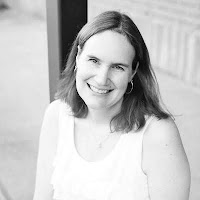 Susan Stoker is a New York Times, USA Today, and Wall Street Journal bestselling author. Her series include Badge of Honor: Texas Heroes, SEAL of Protection, Delta Force Heroes, and Mountain Mercenaries. Married to a retired Army non-commissioned officer, Stoker has lived all over the country—from Missouri and California to Colorado and Texas—and currently lives under the big skies of Tennessee. A true believer in happily ever after, Stoker enjoys writing novels in which romance turns to love. To learn more about the author and her work, visit her at these sites.