As a person with a disability I’m always on the lookout for books with characters that reflect me which is why I’m thrilled to bring you this timely contemporary romance.  Keep reading to get a tempting taste of A Perfect Mistake by Laura Brown, along with my impressions of it, then add it to your bookshelf.  You’ll also hear from Ms. Brown and her discussing how to depict disabilities in a realistic but entertaining way when writing and can learn even more about this book by visiting the other sites hosting this tour.  In honor of this emotionally intense romance make sure to fill out the form below for the chance to win a $25 bookstore GC too!

How to realistically & respectfully depict characters with disabilities in a romance book...
Here’s the thing about writing character with disabilities: an outsider has to do a lot of research in order to realistically and respectfully depict disabled characters. Society coddles people with a disability. They look down on us and focus on everything we can’t do, rather than can. And then it’s amazing when we do something simple, and we’re just trying to live our lives. We call this disability porn, when outsiders are inspired by us just being ourselves and living our lives. So if an outsider wants to tackle these characters, the first step is to remove all preconceived notions and find out the truth.
How do you find the truth? First and foremost: listen. Find blogs and videos with people with disabilities talking about their disability. This is not a time to interact or talk, this is a time to observe, to see what matches up with preconceived thoughts, and what differs. If you have the opportunity to meet people in person, or chat with them online, even better! Be wary of professionals that work with the group. Those professionals may not be able to speak for us.
I write about hearing loss because I have a hearing loss. I’m Hard of Hearing, and I’ve been so since birth. I grew up with hearing aids and no support, because that’s what happens to a hard of hearing kid who hears enough to have acquired spoken language. It wasn’t until college where I started learning ASL and my life changed. I transferred to Boston University where I got a degree in Deaf Studies, then I worked in the community for ten years before I burnt out as a social worker.
I’m not writing about something I don’t know about. I’m writing things I’ve experienced and lived through. I’m writing romances because for the longest time I didn’t think I was loveable. Because I wore hearing aids. I had no role models, no connections, only the resounding reminder I was different.
And different is often portrayed as bad.
That’s why I put these characters on the page, to show others who we really are, and that we are worthy of love. I often have to over explain things, because my hearing critique partners point out things that don’t make sense to them, when it’s such a part of my world I don’t even think about it.
Most of the books I pick up that feature deaf and hard of hearing characters are written by hearing people, and it shows. The only ones I’ve enjoyed are the ones who have done their homework, and even with the mistakes they’ve made, the care they put into getting things right, the desire to keep the character as independent as possible, shines through. That’s the respect, and even when mistakes are made, I latch onto the fact that at no point was the character belittled. 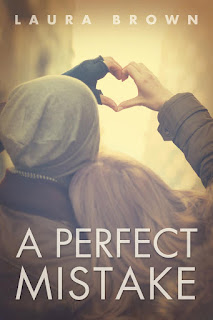 Falling for the forbidden has never felt so right...
When social worker Nica Anders indulges in one night of sexual passion with delicious Deaf man Cam Thompson, the last thing she expects is to see him the next day while visiting her dying client. He’s Cassie’s grandson and caregiver, the one treat she shouldn’t have tasted. Now her job is on the line, demanding she stay away.
But their attraction is building like a raging inferno and Nica can’t help but get burned.
Cam Thompson’s life is a mess. He’s losing his grandmother, the one person who’s supported him his whole life, and her dying wish is for him to settle down with a good woman—specifically her social worker Nica Anders. Despite Nica trying to hold tight to her ethics, he’s falling for her hard and fast.
Yet Cam's grandmother isn’t the only matchmaker in his family, and someone's determined to keep him and Nica apart.
Steamy, touching, heart-warming. A much-needed #OwnVoices romance to go perfectly with that plate of chocolate brownies and glass of wine!
EXCERPT:

I sat in my car with my head on the steering wheel, trying to breathe deeply. Fuck. I slept with my client’s grandson. A caregiver. A caregiver I’d had e-mail conversations with for the past six years. Fuck. Cam. Cameron. I should have figured it out. I knew he looked familiar.
I could lose my job over this. I should lose my job. I’d crossed professional lines.
I slipped out my phone and noticed a text from Lexie. Good, exactly the person I was going to call.
Lexie: How did the hot date go?
I was now living in my own personal hell, very hot. Not trusting myself to type, I dialed Lexie’s cell. Voicemail. Crap. Lexie was a fellow social worker, so she would understand the full extent of what I walked into. On the other hand, Lexie wasn’t exactly the voice of reason. She’d be singing praise for my one-night stand.
Me: Date good. Morning after…interesting.
I calmed my shaking nerves by reminding myself I hadn’t known who Cam was. It was one night. As long as nothing else happened I could brush this occurrence under a rug. Or fifty. But even with a hundred rugs I wasn’t so sure I could get out of this mess.

As a quadriplegic I was immediately drawn to the premise of this book and with each turn of the page I was pulled in even more by a deaf man seeking to prove himself to a judgmental mother.  Add in grief over the loss of a loved one and readers will find this an emotionally intense tale that will take you on a rollercoaster ride of emotions.  From its sizzling forbidden romance to its realistic portrayal of being deaf in a hearing world, I found this to be a well-crafted tale that I hope to revisit as there’s a few threads still waiting to be sewn up.

Cameron Thompson is the lone deaf child in a family of hearing people.  The only other individuals to understand what he goes through are his grandparents which forms a special bond between them that has him caring for them during their twilight years.  Growing up his mother tried to ignore his disability by forcing him to talk instead of signing, employing both mental and physical methods to make him appear as “normal” as possible.  Even though his own parents were deaf, Cam’s father was no savior and let his wife treat Cam in such a hurtful way.  Seeing his father become so emasculated by his mother has Cam doubting marriage and commitment and makes for a few roadblocks throughout this story on the way to HEA.  Cam’s a sexy hero who rose above his difficult childhood to embrace his deafness.  He’s extremely hardworking and it took a lot to pull him away from it.  There’s a lot weighing on him though, feelings of inadequacy courtesy of his mother along with a tendency to assume the worst and jumping to conclusions when Nica’s just trying to protect him.  These moments were frustrating and a bit overly dramatic.  Despite that, I still found Cam to be a sweet and sensual hero who proved himself time and again...and who just needed to believe in himself.

Veronica Anders also had a less than ideal childhood with her parents divorcing when she was young but remaining friends.  Their divorce was amicable but it still weighs on her today, affecting her relationships by sabotaging them before they’ve barely begun.  When readers first meet Nica she seems serious and straightforward, but her instant attraction to a stranger in a bar shows a different side to her which leads to a life-altering one-night stand that becomes something so much more in the morning.  In the morning light the discovery of her bedmate’s identity has her concerned about her job as he’s the grandson of one of her clients.  Though she tries to fight her attraction he’s too much of a temptation which puts her career and her future in doubt as someone close to him disparages her and leaves her fighting for her job...and ultimately her relationship with him.  Nica’s a likable heroine, one you can see yourself hanging out with.  She’s strong-willed and playful when it comes to her and her girlfriends with each supportive of the others.  I especially enjoy her friendship with Lexie as Lexie pushes her to live a little, to finally let go of being “all work and no play”.  Lexie’s fun-loving, sassy, and her flirtatious interactions with Cam’s friend Grant have me hoping we’ll see more of this pair as they sizzle in each other’s presence.

On a whole this is a well-crafted romance with only one or two flaws. When it comes to the narrative the story feels a bit rough around the edges.  Some of the sentences felt a bit incomplete with a flow that isn’t as smooth as I normally find either and it pulled me out of the story a time or two to reread paragraphs.  Despite these small quibbles I still found this a satisfying story with appealing characters.  Not having read this author before I didn’t know what to expect, but I appreciate her depiction of living with a disability.  It’s a realistic portrayal that touched on the physical and emotional aspects of being deaf, a depiction that added a unique layer to an already drool-worthy hero.  Cam and Nica were an appealing pair whose interactions were sexy and supportive. They had a few misunderstandings that frustrated me but luckily didn’t last too long as readers raced to the conclusion.  Alongside this likable main couple was an equally entertaining cast of secondary characters, some that I saw as friends and one or two that were foes.  Those who were friends put a smile on my face during playful interactions and endeared themselves to me through their unwavering support.  Those who were foes more than earned that name as they were truly unlikable and hurtful in their actions.  Through each turn of the page I found myself rooting for Cam and Nica and hoping to find more authors willing to depict characters with disabilities in the future as we too deserve a HEA. 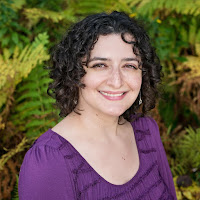 Laura Brown lives in Massachusetts with her quirky abnormal family. Her husband has put up with her since high school, her young son keeps her on her toes, and her two cats think they deserve more scratches. Hearing loss is a big part of who she is, from her own Hard of Hearing ears, to the characters she creates.

a Rafflecopter giveaway
at November 22, 2019