A forbidden attraction, a painful childhood, and the bond between two brothers drive this story set in the music world.  Keep reading to get a tempting taste of Falling North by Alyson Santos, along with my impressions of it, then add this contemporary romance to your bookshelf.  In honor of this second installment in the Turner Artist Rocker series make sure to visit the link below for the chance to win a $25 Amazon GC too! 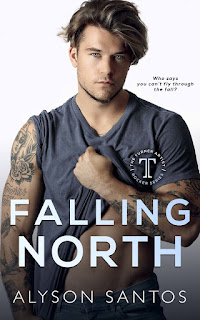 Turner Artist Management Urgent Action Item:
✔ Save Falling Back North from implosion.
When your agency’s newest artist shows signs of collapse, you jump on the problem. When it involves a potential rift between the brothers who form the band’s soul, you throw your Hail Mary.
So I did—by hiring a respected marketing goddess to save them. But when demons run deep and the stakes are extreme, it might prove too much for the band’s drummer and leader who’s been carrying them all since childhood. Enormous pressure compounded by impending heartbreak, what’s an agency to do?
See, I’m just the manager. The story that follows actually belongs to my client Xander Silva and the innocent marketing siren about to blow him to shreds.
Because now that both brothers have their hearts set on the same woman, everyone’s desperate to know:
Who is LYDIA CARMICHAEL?? 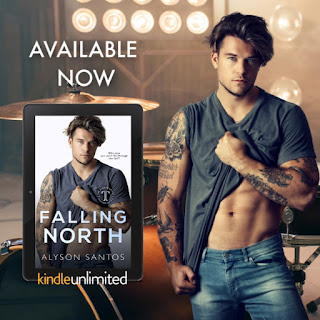 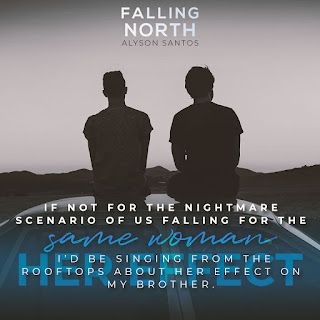 After reading Ms. Santos’ Rising West I became an instant fan and couldn’t wait for the release of this book that takes us back into the world of music.  In this installment readers are introduced to Falling Back North and the two brothers leading the band whose pasts have a profound affect on their music and their futures.  Making things even more complicated for the brothers is their meeting Lydia Carmichael, marketing expert, who proves to be quite a temptation to both of them. With each turn of the page music and matters of the heart wage war as Xander and Matty Silva try to find success after surviving a heartbreaking childhood.  While they try to make the most of their second chance their past once again rears its ugly head to make this story one that pulled at my heartstrings while I rooted for them to get just what they desire.

Xander and Matty Silva’s childhood had them depending on only themselves.  Xander, as the big brother, practically raised Matty himself and he’s sacrificed much to keep him safe and happy throughout the years.  He’s the studious brother, the one who endlessly worries about their future to the exclusion of what he wants.  His protectiveness and his big heart are a definite attraction though, and adding in a sexiness that he’s unaware of makes him an even more delicious hero.  He’s a soulful lead character who I wanted to hug every second...among other naughty things I wanted to do.  Matty’s a bit more carefree in comparison, embracing the sexy label bestowed upon him wholeheartedly.  Behind that carefree facade though lies a little boy with battered self-esteem that nearly crushed him as a child and that is reawakened whenever he feels rejected now.  I liked Matty and found myself equally protective of him, especially in his early interactions with Lydia that heaped even more guilt on the already conflicted Xander and his growing attraction to Lydia.  It’s a rocky time between the brothers where she’s concerned but when their past returns they’ll rely on each other more than ever in an emotional journey full of ups and downs.

Lydia’s a true temptation...especially to Xander who’s trying to stay focused on the band’s career while not interfering in Matty’s unrequited attraction to Lydia.  She too has something to prove as the daughter of a famous father and desperately wants Falling Back North to succeed. Her attraction to Xander’s more than obvious from the start and they continued to sizzle every time they’re together.  She freely admits her attraction, admits its problematic, but it’s a slow burn between the two of them that had me rooting for them to give in to their desires.  Lydia was an immensely likable heroine, a strong-willed one who was a good support to Xander.  She saw into his soul, the bruises life left on it, and supports him through all the changes being thrown his way.  The connection between her and Xander was one between adults, while Matty’s attraction felt more puppy dog-ish, so I know which pairing I was rooting for and Ms. Santos didn’t disappoint me.


As a fan of rockstar romances I found this book to be a decadently delightful addition to the genre.  From the larger than life band, to a romance teeming with sexual tension, to the heartbreaking past of the main characters, I was utterly captivated by this story.  I absolutely fell for Xander, both his sexy exterior and soulful interior, and am still dreaming of him.  Lydia was a strong heroine and I appreciated all that she brought to Xander’s life, all the conflict and moments of happiness, that had me frantically turning the pages.  Their romance was both sweet and sensual and I quickly became invested in their journey. Along with this powerful main couple was a small cast of secondary characters, notably Matty.  He’s a charming young man whose moments of uncertainty endeared him to me.  I was drawn to his dichotomy of self-assuredness and weakened self-esteem and look forward to seeing more of him in the future.  I also enjoyed the depictions of the music world, both behind the scenes and on stage.  The depictions were realistic and made me feel a part of all the ups and downs with each beat of the song pounding at my heart.  By the turn of the final page I was left immensely satisfied, and had found another book boyfriend to drool over, which has me recommending it to all the other fans of rock star romances.

*I got a copy of this book from the for review in exchange for my honest opinion. 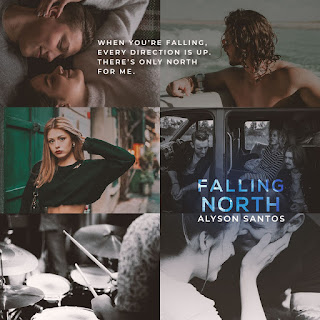 ***BUY THE FIRST BOOK IN THIS SERIES, RISING WEST, ON AMAZON here.*** 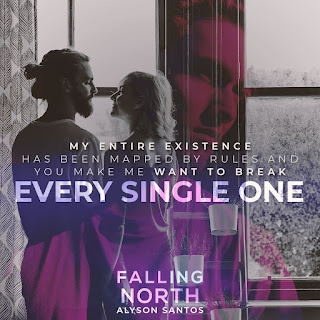 I’m a writer, musician, and cat lover. Not always in that order.
I write what needs to come out, whether it’s pain, tears, or laughter. I write people and relationships, about the beauty and horror of what we do to ourselves and each other. I write Love. Vengeance. Compassion. Cruelty. Trust. Betrayal. Forgiveness. Darkness, and the incredible way humans destroy and heal each other.