Readers will be charmed by this tale of an adorkable young woman and the hockey player who sees the woman hiding behind the computer screen.  Keep reading to get a tempting glimpse of Caged by Elise Faber, then start counting down the days until this eleventh installment in the Gold Hockey series hits bookshelves on April 12th! 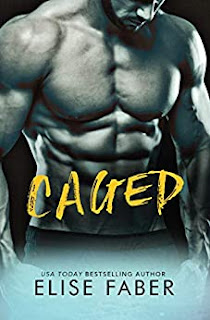 Shy.
God, she was so painfully, awkwardly shy.
Blurting out the wrong thing at the wrong time? Check.
Puking in front of the class when she’d needed to give a speech? Double check.
Critically, embarrassingly unable to summon any semblance of a rational thought when in the presence of an attractive man? Triple check.
And she was surrounded by gorgeous, sexy men on a daily basis.
As video coach for the San Francisco Gold hockey franchise, Dani spent her days wrapped in a technological bubble. She studied tape, prepared clips for the players, and generally avoided other people.
Until Ethan.
She’d thought he was going to ask her to fix his computer.
Instead, he’d asked her out.
On a date. A date! That didn’t compute. It couldn’t be right. No one asked her out—
Ethan had.
And suddenly, Dani thought it might be possible to leave her shy, awkward days behind her. 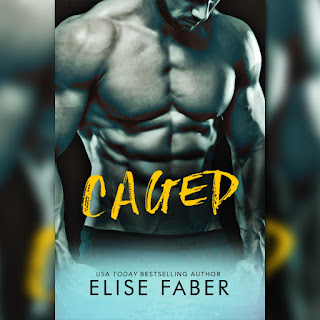