Book Tour for When the Storm Breaks by Emery Rose (Review & GIVEAWAY)........

A musician and a cowboy are drawn to each other in this angsty romance that pulls at the heartstrings with a connection that sizzles on and off stage.  Keep reading to get a tempting glimpse of When the Storm Breaks by Emery Rose, along with getting my impressions of this sizzling romance.  In honor of this second installment in the Lost Stars series make sure to visit the link below for the chance to win a $25 Amazon GC too! 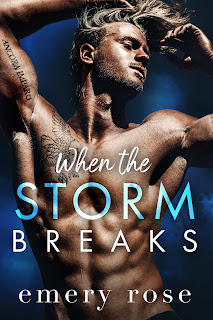 Our worlds never should have collided, but it seemed our paths were always destined to cross.
Brody McCallister was only supposed to be a means to an end. My golden ticket to get me closer to what I really needed—a way to make peace with what I’d done when I was eighteen, dirt poor, and left to fend for myself.
I only had six weeks in the middle of a hectic world tour to do it.
So the last thing I needed was to fall for a cocky cowboy. A walking contradiction with a charming grin, a dirty mouth, and a gift for healing wild and broken things.
His life was in Texas.
Mine was on the road.
He guarded his privacy fiercely.
I was constantly hounded by paparazzi.
Everyone warned me it could never work, that ultimately I’d be forced to choose—my music career or him.
I didn’t listen. I fell for him anyway.
Hook, line, and proverbial sinker.
But Brody was hiding secrets.
And when the storm finally broke, it destroyed everything in its wake...including us.
FIND AT GOODREADS here. 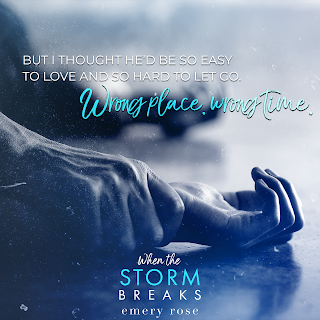 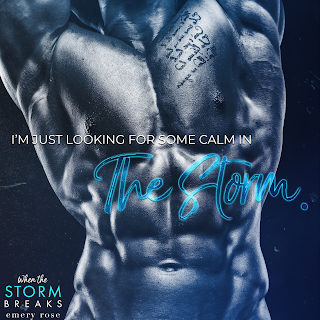 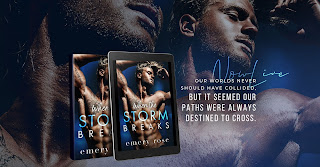 MY IMPRESSIONS OF THIS BOOK:
Since she was young, Shiloh Leroux knew she was destined for musical greatness.  Alongside her brother and his best friend she eventually made it....but when everything imploded she was left starting over and full of regrets.  It's those regrets that have her taking a break and heading to Texas to right a past wrong.  That trip also introduced her to a man that will change her life forever, a man she never thought was meant for her, in a romance full of pulled heartstrings and sizzling interactions.
With this second installment in the Lost Stars series, readers are once again pulled into the world of the McCallister family with sexy and brooding brother Brody taking center stage this time around.  Brody's a former bare bronc rider who now rescues horses for a living and from the moment he came on the scene he oozed sex appeal.  He was a bit rough around the edges too, spending too many nights drinking and looking for a fight, as he never felt good enough.  Deep down he's a good man though, a man with a hidden heart of gold.  I found him especially endearing in scenes with his son Noah, scenes that showed a loving and caring side.  His tender side might've caught me off guard at first but with each sweet action, with each loving deed, he had me falling for him completely.  Balancing that sweet side is an alpha personality and a talent for dirty talk that made me blush a time or two as well.  Overall Brody's someone deserving of happiness and I thoroughly enjoyed watching him fall for the young rockstar in a crackling romance teeming with sensuality as these two opposites felt attraction from the very start.
Shiloh sacrificed much to get where she is today, been through a lot of emotional highs and lows.  Growing up she experienced a lot of painful things that she internalized, but she's now starting to take control of her life.  To do that she needs to put her past to rest in a journey of making amends and second chances, a journey full of unexpected twists and turns.  Meeting Brody was another one of those unexpected turns, but it felt just right.  On the surface she and Brody seemed like opposites but together they were a formidable pairing and they ended up being a beautiful match.  They both felt betrayed by people in their pasts but found surprising support in each other's arms in a powerful romance that pushed every one of my buttons.  Shiloh was an appealing heroine through it all, a spunky and strong-willed young lady with a caring heart who can't help wanting to take care of others.  She's stronger than she looks and is just what Brody needs to make his heart whole in an unforgettable journey to HEA.
From the first page to the last this was a captivating read, a small town romance full of heart and soul.  Shiloh and Brody were opposites in so many ways, but when it came to matters of the heart it was clear that they were both battered and bruised, which made their pairing all the more powerful.  With each turn of the page I was left rooting for this pair and am now waiting with bated breath for where Ms. Rose takes us next.  Along with this unforgettable main couple readers were introduced to a cast of secondary characters who helped immerse me even further into this small town romance.  Among those characters it was Brody's son Noah and his brother Ridge who were the highlights for me and I'm hoping to see more of them in the future as I'm not ready to say goodbye to the McCallister family yet!
My rating for this is an A.
*I got this book from the author for review in exchange for my honest opinion. 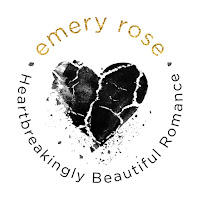 AUTHOR INFO:
Emery Rose has been known to indulge in good red wine, strong coffee, and a healthy dose of sarcasm. When she’s not working on her latest project, you can find her binge-watching Netflix, trotting the globe in search of sunshine, or immersed in a good book. A former New Yorker, she currently resides in London with her two beautiful daughters.
READER GROUP  |  GOODREADS AUTHOR PAGE  |  BOOKBUB  |  INSTAGRAM  |  AMAZON AUTHOR PAGE  |  FACEBOOK
**********GIVEAWAY**********
VISIT here FOR THE CHANCE TO WIN A $25 AMAZON GC.  GIVEAWAY ENDS ON 3/12.
at March 06, 2021