A rockstar finds himself attracted to his best friend's younger sister in this sizzling story full of angst, suspense, and sexual tension.  Keep reading to get a tempting taste of Beneath the Stars by A.L. Jackson, along with my impressions of it, then add this epic romance to your bookshelf.  In honor of this fourth installment in the Falling Stars series make sure to visit the link below for the chance to win a Kindle Fire, a signed copy of this book, a Book Nerd mug, and even more goodies too! 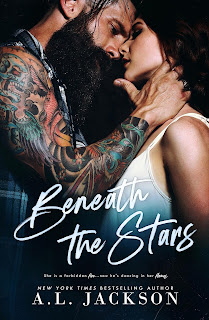 From NYT and USA Today bestselling author A.L. Jackson comes a friends-to-lovers romance about an unattainable rockstar and his best friend’s younger sister...
Maggie Fitzgerald is the last girl I should think about taking to my bed.
On the cusp of turning 21, she has her whole life waiting out ahead of her. Sexy AF while still radiating an innocence that I know better than to taint.
And here I am, itching to reach out and touch a girl who is so forbidden that just thinking about her feels like committing a mortal sin.
Thing is, I love playing with fire.
Rhys Manning is everything I shouldn’t want.
Country-rock’s newest superstar.
Fun. Wild. Ready to show the world a good time.
He’s so off-limits it isn’t even funny.
So out of reach he might as well be a poster tacked on my wall. Too bad every time he looks at me, my heart races out of control.
Now, I’m stuck living with him for the entire summer...
We’re only supposed to be friends. Still, I should have known it was a terrible idea when I started sneaking into his room. Especially when it’s clear he’s keeping secrets.
Secrets that might destroy us both.
One touch, and I want more.
One kiss, and I’m spiraling out of control.
I know it’s reckless to start dancing in the flames.
But in exchange for getting to spend one night with this brooding bad boy? I might be willing to get burned...
BUY AT AMAZON here.
BUY THE AUDIOBOOK here.
ORDER A SIGNED PRINT COPY OF THIS BOOK here. 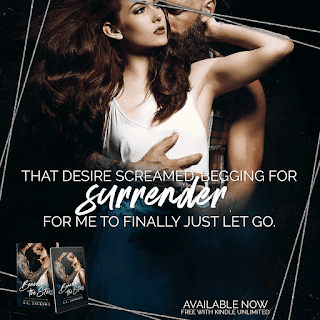 MY IMPRESSIONS OF THIS BOOK:
Ms. Jackson has done it again!  She's crafted another winner with a beautiful balance of sensuality, angst, suspense, and a love that's meant to be despite every roadblock erected.  She breathes life into each character, binding them to readers in stories that grab you and never let you go.  From start to finish this book kept me on the edge of my seat, kept me rooting for this unforgettable couple despite the odds stacked against them, and once I reached the end I wanted to start reading it all over again.
I've been waiting for Rhys Manning's story to be told from the moment I first laid eyes on him.  Through three previous books I became enthralled by him and his sexy, bad boy, rockstar persona.  To his fans he's the fun and flirty playboy with a carefree attitude.  He's at the top of the music world and living life to the fullest, but when it comes to matters of the heart he's a bit leery due to his painful past.  Behind his rockstar facade he's weighed down by guilt, grief, and self-esteem issues from a past that's slowly catching up to him.  His demons are knocking at the door and he's desperate to keep them from hurting those he cares about.  It's part of what's keeping him from Maggie...he doesn't think he's worthy of her and doesn't want to drag her down into his pain.  She's forbidden fruit because of her being his best friend's sister, but he's more determined to keep her at arm's length because of a past he wants to keep her safe from.  I was drawn to Rhys's pain and I ached for all that he'd been through and all the negativity he felt about himself.  He needed some goodness in his life, needed someone as caring as Maggie, and I was rooting for him to finally allow himself the HEA within his reach.  Maggie Fitzgerald's life hasn't been easy either as she's experienced her own emotional and traumatic upheavals.  She has her own secrets hiding in the shadows, secrets that could hurt others if they got out.  At the age of 21, Maggie looks to be the opposite of Rhys in many ways as she's not near as worldly as he is and has a lot of living to still experience.  She has a kind heart though and is very close to her brother, who's determined to keep her safe when someone starts to see her as a threat.
Though others see the relationship between Rhys and Maggie as forbidden I found them a lyrical pairing, stronger together than apart, and oozing sexual tension from the very start.  Rhys needs someone in his corner, someone who can see his true worth, and Maggie's just that person.  She shows him the good man he truly is while helping him slay their mutual demons in a journey of second chances, forgiveness, and acceptance. In turn, he empowers her to break out of the overly protective bubble her brother has kept her in for far too long.  Rhys is there to catch her, but encourages her to take chances...the biggest chance being loving him...in a story that pulled at my heartstrings while keeping me on edge with each turn of the page.  Ultimately everything came to a head in this story, everyone's painful pasts (through all the installments) were brought out in the open to finally be dealt with, and it made for a powerful conclusion.  By the time I reached The End I was left wrung out but oh so satisfied by everything that came before.  I was left impressed once again by the talent of Ms. Jackson and am now waiting with bated breath for what she has planned next!
My rating for this is an A.
*I got this book from the author for review in exchange for my honest opinion.

AUTHOR INFO:
A.L. Jackson is the New York Times & USA Today Bestselling author of contemporary romance. She writes emotional, sexy, heart-filled stories about boys who usually like to be a little bit bad.
Her bestselling series include THE REGRET SERIES, CLOSER TO YOU, BLEEDING STARS, FIGHT FOR ME, CONFESSIONS OF THE HEART, and FALLING STARS novels. Grab her newest stand-alone, BENEATH THE STARS, a friends-to-lovers rockstar romance.
If she’s not writing, you can find her hanging out by the pool with her family, sipping cocktails with her friends, or of course with her nose buried in a book.
Be sure not to miss new releases and sales from A.L. Jackson - Sign up to receive her newsletter HERE or text “aljackson” to 33222 to receive short but sweet updates on all the important news.
FACEBOOK  |  READER GROUP  |  AMAZON AUTHOR PAGE  |  BOOKBUB  |  TWITTER  |  INSTAGRAM
**********GIVEAWAY********** 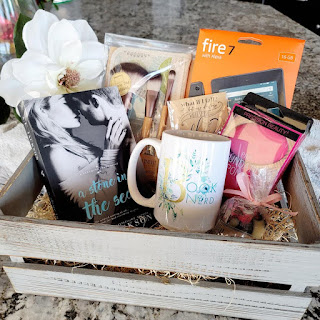