An ER nurse and a firefighter create sparks in this romance of frenemies to lovers, a tale full of witty banter and sexual tension.  Keep reading to get a tempting taste of Fighting the Fire by Laura Kaye, as well as getting my impressions of it, then add it to your bookshelf.  In honor of this fourth installment in the Warrior Fight Club series make sure to fill out the form below for the chance to win 1 of 3 signed copies of this book as well as having the chance to win a mystery box of swag with another signed copy of this book tucked inside too! 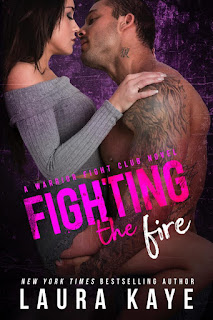 One night is never enough...
For firefighter Sean Riddick, Warrior Fight Club keeps the demons of his past at bay, even though it means seeing Daniela England. Her ball-busting sarcasm drives him nuts, and he knows he’s damaged goods anyway, but he can’t help but remember how good they were together that one time. Now he wants to take her to the mats no matter how much they go toe to toe.
ER nurse Daniela England has lost so much that she’s vowed never to need anyone again. Fight club helps her beat back her survivor’s guilt, but it means dealing with Riddick. The hot-but-infuriating firefighter is everything she wants to avoid, which is why their one-night stand was a mistake. Now she needs to keep her distance so it doesn’t happen again.
But when Dani witnesses Sean’s motorcycle accident, she steps up to help him recover. One on one, they get beneath all the snark and find a connection neither expected. As Sean heals, the sparks between them burst into red-hot passion—and ignite old wounds. Now there are fires all around—and they have to decide which they’ll fight and which they’ll let consume them. 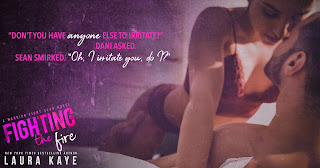 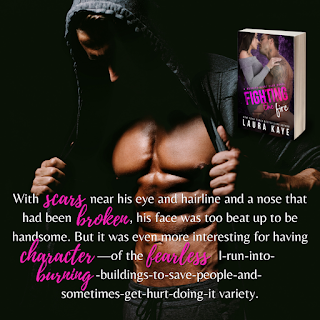 MY IMPRESSIONS OF THIS BOOK:
Ms. Kaye's Warrior Fight Club series comes to a rousing end with this emotional tale of two wounded warriors finding healing through their long-simmering attraction (leading to a one night stand) and a motorcycle accident he needs help recovering from!  Theirs is a journey that put them, and readers, through the wringer in a story that pulled at my heartstrings and brought a tear or two to my eye along the way. Aiding them in their journey was a cast of appealing secondary characters, ones seen in previous books, who are a supportive group with their subtle matchmaking ways and heartwarming words of wisdom.  Together they made this a powerful read that is an unforgettable entry in the series.
Daniela England is a nurse who lost her husband six years ago and has kept her heart closed off ever since.  The loss of her husband isn't the only thing weighing on her though as there's all the other soldiers she couldn't save who still haunt her today. Being a member of the fight club helps keep her demons at bay, but it also keeps her in view of a man who's gotten under her skin and won't let go.  Though she's scared of putting her heart on the line she's having trouble denying the attraction she has for him in a relationship full of push and pull moments that play out as the story progresses. Sean Riddick is a veteran too...and now a firefighter who finds himself constantly coming into contact with Dani.  His own difficult past has him concerned about his ability to make a future, a HEA with someone else, because of an abusive childhood and the loss of fellow soldiers over the years that has him feeling like a failure.  Being part of the fight club helps him work out some of his anger but it's the heartfelt talks he and Dani soon start engaging in once he starts his rehabilitation that finally puts them on the road to HEA and an ending that made me feel good.
On a whole this was a well-crafted romance, a slow-burn tale full of push/pull moments that made for a story teeming with sexual tension. Dani and Sean were crackling together in interactions that felt more like foreplay at times.  Balancing out the combustible moments between them were scenes of deep talks that had them laying their emotions bare and had me rooting for them from the first page to the last. Though this wasn't a unique storyline it was an emotionally engaging one that warmed my heart and captivated my soul through the power of love flowing between Dani and Sean.
My rating for this is an A-
*I got this book from the author for review in exchange for my honest opinion. 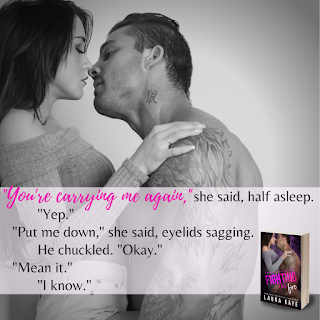