It's an unexpected role for a woman to be in charge of a crew in the mafia world, but it's one that's shaped this young woman who's kept her feminine desires hidden for far too long as she finally sees them unleashed by a new member of her crew in this sensual and suspenseful tale.  Keep reading to get a tempting taste of The Rook by Taylor Danae Colbert, along with my impressions of this first installment in the Brooklyn Bloodline series, then add it to your bookshelf! 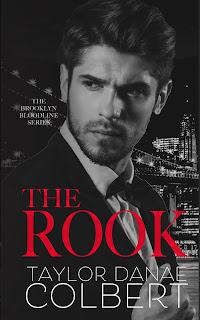 I’ve been running the New York branch of my father’s outfit since I was eighteen years old. Standing at five-feet-four-inches in high heels and ponytail, people don’t look at me and think immediately: mob boss. But that works in my favor.
It’s not exactly conducive to our line of work to be in the spotlight, or to have people know your name. So I keep a low profile and I keep my men close.
The men in this outfit know my deepest secret, the one that keeps me up at night all these years later. The one that some died to keep. The one that changed me into this dark version of myself, this woman who can do unspeakable things.
So when my father’s right hand man brings a devilishly handsome new sharpshooter to join the crew, I don’t exactly welcome him with open arms. The doors of this Brooklyn brownstone may as well have been cemented shut all those years ago, right along with what was left of my heart.
But the second Leo lays eyes on me, he sees something that no one else around me has seen in eight years. He sees hope. He sees light. He sees a future.
And as terrifying as it is, with him around, I start to see those things, too.
But the secrets I’ve tried so hard to bury, the ghosts of the past are back to haunt me. And they remind me that no matter how hard I try, I can’t outrun myself. 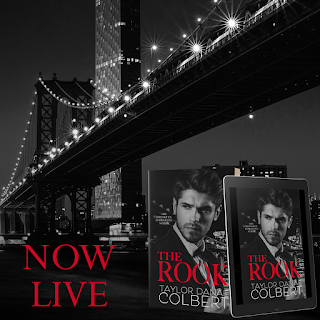 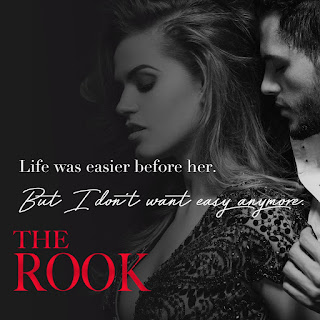 MY IMPRESSIONS OF THIS BOOK:
As a fan of the tv show Queen of the South, I love seeing a woman in power in a predominantly male world.  In this book that world is the mafia, with all its danger and shows of strength.  Amidst all the typical testosterone is Avie Castiano, a fiery female who's been in charge of her father's crew since she was in her teens and who has always tried to ignore her feminine side because of dark events from that time.  With each turn of the page readers are given greater insight into this engaging young woman, through her traumatic past until the current events being played out, as a complicated attraction to a new member of her crew leads to all sorts of unexpected twists and turns.
Avie's an appealing heroine, one who's been put through the emotional wringer her entire life and which has left her leery of trusting others.  She's a heroine to admire too as those traumatic events guide her on her journey of vengeance that's left behind a trail of blood over the years.  While many in her crew feel a need to protect her because of her femininity, a new addition sees her as a powerful woman he's proud to support in a slow and steady burgeoning relationship that nicely balanced out the danger and suspense of their world.  Leo O'Malley is just who Avie needs as he's charming and supportive, a loyal soldier in her world who never lets her forget she's a woman while following her orders.  There's an air of mystery surrounding him though, hints of a past that leads to unexpected twists and turns now, and that leaves their romance hanging in the balance.  They're a formidable pair the moment they meet and I quickly became invested in their slow burn romance, a romance that ultimately turned combustible amidst all the danger and bloodshed of their world.
On a whole this was an entertaining series starter with an engaging heroine and unforgettable main couple.  The world depicted was one of danger and suspense in a gripping journey based on vengeance and full of twists and turns that kept me on the edge of my seat.  The romance between Avie and Leo was fulfilling and was a nice balance to all the action fueled by the mafia world and culminated in a rewarding HEA. Though the ending felt a bit rushed, leaving a few holes in the overall storyline, I'm excited for the next installment in this series as Avie's brother Dom will be taking center stage in this well-crafted addition to the mafia genre!
My rating for this is a B+
*I got this book from the author for review in exchange for my honest opinion. 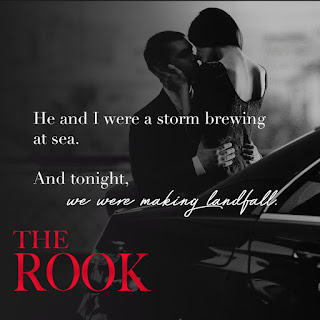 AUTHOR INFO:
Taylor has been writing since the tender age of seven, when her mother bought her her first typewriter. Once she finished her first work, a tall tale about a girl with hair that grew too fast, her father told her she should be published. And so, her lifelong dream of becoming a published writer was born.
Taylor never thought of herself as a romance writer, but it turns out, she loves love.
When she's not chasing her kids, watching Impractical Jokers with her husband, running, or playing around with her two pups, she's probably under her favorite blanket, either writing a book, or reading one.
Taylor lives in Maryland, where she was born and raised.
WEBSITE  |  FACEBOOK  |  INSTAGRAM  |  TWITTER  |  BOOKBUB  |  GOODREADS AUTHOR PAGE
at March 18, 2021