Book Tour for Three’s A Crowd by Everly Ashton (REVIEW).....

Two people with an antagonistic past between them find things turning complicated when these roommates start feeling more than just friendly vibes between them in a story full of misunderstandings, self-doubts, and steamy encounters.  Keep reading to get a tempting glimpse of Three’s A Crowd by Everly Ashton, along with getting my impressions of this second installment in the Love in Apartment 3B series, then add this new release to your bookshelf! 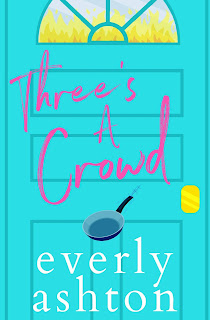 Damn, the man has the body of a god. Like a real-life statue of David or something. It's unfair that someone so annoying looks so delicious.
Keane and I have been enemies since childhood. He thinks I'm a Goody Two-shoes and I think he's an arrogant a$$hole.
Years later nothing's changed except the fact that we're cohabitating in the same apartment along with his sister, who's also my best friend.
Even though I'm fighting like hell to keep the city from tearing down the building he wants to replace with a new restaurant, we somehow find ourselves doing the horizontal mambo.
Maybe it's the magic of the letter I found in our ancient apartment that predicted I'm going to meet the man of my dreams. Or maybe it's just hormones. But just when I start to buy into us as a couple, someone from his past shows up with a shocking secret that Keane's adamant is untrue.
Now I'm questioning if I can really trust the guy who told the entire football team in high school that I still slept with a stuffie at fifteen years old. In my experience, the answer is no. 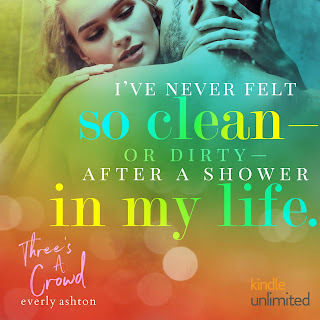 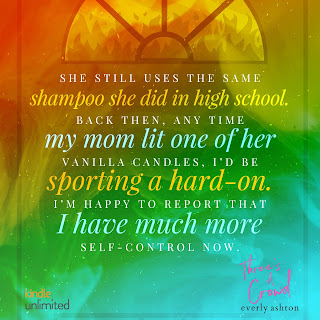 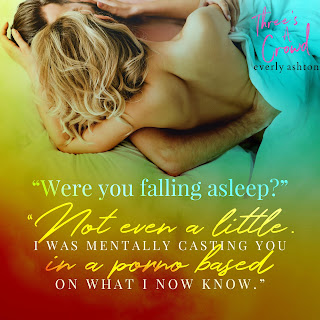 MY IMPRESSIONS OF THIS BOOK:
Readers will find their week off to a delightful start the moment they pick up this charming and carefree frenemies to lovers romance.  Set in the world of the Love In Apartment 3B series, readers will find this a romance full of laughs and steamy interactions courtesy of an appealing couple whose combustible connection has you cheering them on every step of the way.
Fiona and Keane have known each other for years and have always had an antagonistic relationship, a relationship that hinted at even more (unspoken) intense feelings between them.  When Fiona and her friend Marlowe are in need of a roommate though those intense feelings bubble to the surface as it's Marlowe's brother Keane who moves in.  From that moment on things become bumpy as unexpected attraction and life throws all sorts of twists and turns at Keane and Fiona on their journey to HEA.  Theirs is an entertaining journey, a journey that showed them to be a formidable pairing, and I loved watching everything unfold between them.  On the surface they seem like opposites.  Fiona's always been the do-gooder of their group, always helping others and never expecting anything in exchange.  Keane's a bit more self-involved but charming with his fun and flirty demeanor.  What starts out as casual between them, an itch they wanted to scratch, soon becomes something more meaningful.  Life throws a lot at them throughout the story, but they manage to always find a way to make their new relationship work.  Through it all I found the banter witty, intimate moments balanced out with laugh out loud humor and interactions that were both sweet and sensual.  Along with its appealing main couple were glimpses of the rest of their friend group which made for an even more relatable story.  Marlowe especially was given a chance to shine and by the turn of the final page I'm definitely looking forward to seeing where things go for her next.  On a whole this was a decadently delicious romance that warmed my heart while putting a smile on my face and I recommend it to all those looking for a fast, fun, and flirty frenemies to lovers romance!
My rating for this is an A.
*I got this book from the author for review in exchange for my honest opinion. 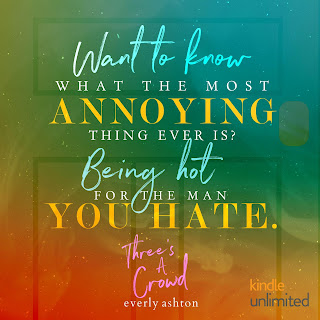 AUTHOR INFO:
Everly Ashton is a USA Today Bestselling Author who wanted to try something a little different under a new name. She loves brooding heroes, spunky heroines, and happily ever afters. You can usually find her with a Kindle in one hand and a cup of caffeine in the other. And because she’s using a pseudonym she can’t tell you much more than that. ;)
FACEBOOK  |  INSTAGRAM  |  GOODREADS AUTHOR PAGE  |  WEBSITE
at March 01, 2021