Book Spotlight on An Unexpected Earl by Anna Harrington (GIVEAWAY)......

A second chance at HEA brings together a man who once chose obligations over love and a woman desperate to save her brother, and her reputation, from a criminal group blackmailing her because of her past.  Keep reading to get a tempting taste of An Unexpected Earl by Anna Harrington, then add this sensual and suspenseful story to your bookshelf.  In honor of this second installment in the Lords of the Armory series make sure to fill out the form below for the chance to win 1 of 5 copies of the first book in this series too! 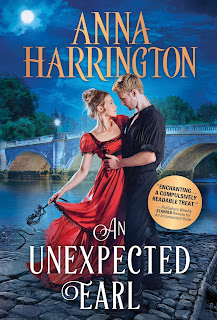