Book Spotlight on Somebody to Love by Sharon Sala (GIVEAWAY)....

Returning home unleashes a pile of emotions in this story of second chances set in a small town.  Keep reading to get a tempting taste of Somebody to Love by Sharon Sala, then add this tale of young love and forgiveness to your bookshelf.  In honor of this eleventh installment in the Blessings, Georgia series make sure to fill out the form below for the chance to win 1 of 5 copies of the previous book in this series too! 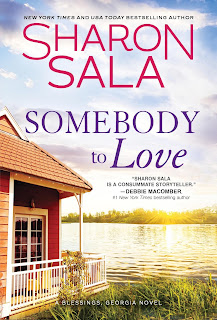