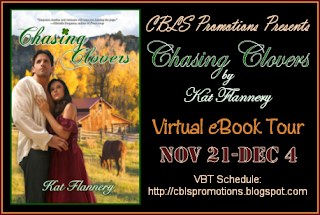 Before we learn a bit more about Kat Flannery's new release Chasing Clovers, I want to thank CBLS Promotions for letting me bring this tour to you and Kat for letting me host a giveaway.  So read through this entire post to learn how to enter.  Let's now learn more about this sweet historical romance...... 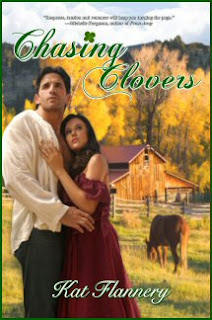 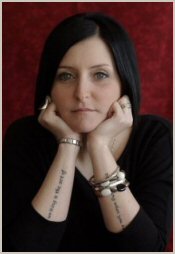 Kat Flannery has loved writing ever since she was a girl. She is often seen jotting her ideas down in a little black book. When not writing or in school, Kat enjoys snuggling on her couch with a hot chocolate and a great book. Kat has had her writing published in numerous periodicals. Her first novel, Chasing Clovers, was released by Imajin Books this Fall. She is now hard at work on her next book. When not focusing on her creative passions, Kat is busy with her three young boys and doting husband.