It’s tough to find something good in tragedy but with this soon-to-be-released romance of reunited loves readers will find themselves captivated by its uplifting message and rooting for the battered characters to find their HEA.  Keep reading to get a tempting taste of The Ones Who Got Away by Roni Loren, then count down the days until its January 2nd, 2018 release date.  In honor of this beautifully nuanced upcoming release, and because I adore my followers, make sure to fill out the form below for US readers to have the chance to win an ARC of Ms. Loren’s upcoming book too! 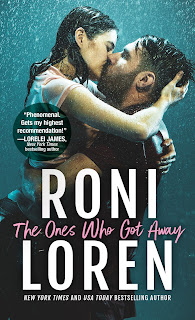 It's been twelve years since tragedy struck the senior class of Long Acre High School. Only a few students survived that fateful night—a group the media dubbed The Ones Who Got Away.
Liv Arias thought she'd never return to Long Acre—until a documentary brings her and the other survivors back home. Suddenly her old flame, Finn Dorsey, is closer than ever, and their attraction is still white-hot. When a searing kiss reignites their passion, Liv realizes this rough-around-the-edges cop might be exactly what she needs...
Liv's words cut off as Finn got closer. The man approaching was nothing like the boy she'd known. The bulky football muscles had streamlined into a harder, leaner package and the look in his deep green eyes held no trace of boyish innocence. 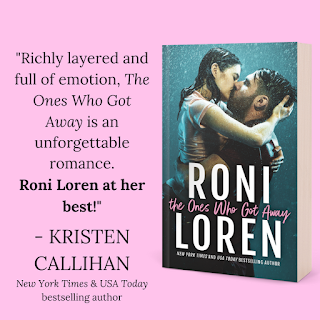 Roni wrote her first romance novel at age fifteen when she discovered writing about boys was way easier than actually talking to them. Since then, her flirting skills haven’t improved, but she likes to think her storytelling ability has. She holds a master’s degree in social work and spent years as a mental health counselor, but now she writes full time from her cozy office in Dallas, Texas where she puts her characters on the therapy couch instead. She is a two-time RITA Award winner and a New York Times and USA Today bestselling author.

a Rafflecopter giveaway
at November 09, 2017