Book Tour for The Other Brother by Meghan Quinn (REVIEW)

Readers will find themselves drawn to this tale of second chances as a woman returns to her hometown to find herself the neighbor of her ex-boyfriend.  Keep reading to get a tempting taste of The Other Brother by Meghan Quinn, with its charming romance and surprising complications, along with my impressions of it too! 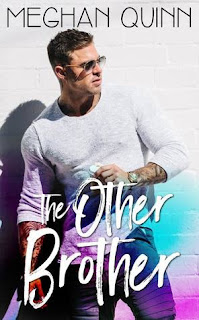 I got the call. The dreaded call every child fears. My dad wasn’t well, and the man who had always been my everything needed me.
There was only one thing to do; pack up and head back to my hometown. I had finally made my dream life in the city with the great job and loving boyfriend. But was there really a choice not to go?
I found a wonderful job, a quaint house to rent, my boyfriend was working on joining me in Binghamton, and my favorite pizza place was only miles away. Life was good.
Until I met my neighbor.
It's been three years since I'd seen Aaron Walters, and my God is he all kinds of sexy gorgeous. Figures. He was supposed to be my forever, the man I grew old with, but he had different plans. How can a man who ripped my heart apart still trip me up? How can he make me still want him now more than ever?
I’m tempted, I’m drawn toward him, I’m completely and utterly unaware that I’m dating his biological brother.
Now two men own my heart. The question is, which brother will I choose?

Why? Why does he have to magically appear in my life? Moving back to Binghamton, I thought about the possibility of maybe running into him, but I thought it unlikely, something that would never really happen.
Boy, was I wrong.
What a sick joke life is playing on me.
Aaron Walters, the boy who broke me into pieces is my neighbor.
I can’t fathom the impact I feel already.
Seeing him in hip-hugging jeans and a tight, plain shirt did a number on me. It kept me up all night as memories of what we used to have flooded my mind.
His voice.
His stature.
The way he used to kiss my neck.
The way I felt so protected in his arms.
Too bad his arms couldn’t protect me from his devastating, heart-breaking self.
And hell, he looked good. Too good.
He’s always been tall with handsome features and a chiseled jaw, but now he’s bulked up to the point that I could see his abs flexing under his shirt, the same shirt that stretched over his biceps.
But it wasn’t his muscles or handsome features that once again made my heart ache, it was those eyes. So bright, so blue, so kind, but still so sad. It reminded me of the first day I met him, of the day he stole my heart from every other man on the market.
Broken, unsure, yet yearning for love. It was all there, and like experiencing a moment of déjà vu, I was transported back into a time when I felt invisible, like I could conquer anything with him at my side.
Once again, I was wrong. 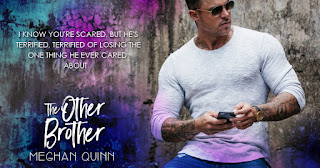 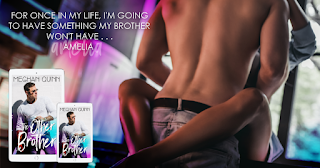 Readers will find themselves charmed by this tale of a second chance romance courtesy of a delicious hero teeming with self-esteem issues and a heroine who‘s never forgotten her first love.  Lots of warm fuzzies abound in this standalone read that put a smile on my face while pulling at my heartstrings. By the turn of the final page readers will be left cheering and counting down the days until Ms. March releases yet another unforgettable read.

Amelia Santos knew the moment she met Aaron Walters that her life would never be the same.  After over a year of being together Amelia thought Aaron would be her forever, but he inexplicably broke up with her and left her reeling with self-doubts.  She moved on and found a new man to care for but when she returns to her hometown to care for her father fate finds her the next door neighbor to her tempting ex-boyfriend.  Sparks fly from the very beginning in sweet and sensual interludes that show Aaron to be as tempting as ever as Amelia continues to hang on to the past while trying to make a new future for herself.  Amelia may be caught up in heartache over her past, but she never loses sight of what she wants.  She sticks up for herself, but doesn’t hesitate to ask hard questions that create conflict.  Amelia seems content at first but as the story progresses we see a heroine dealing with her own self-doubts and her own painful past as she tries to forgive past heartache to embrace the future.  She’s a feisty heroine who gives as good as she gets, is kindhearted, and values family above all else.  Her interactions with Aaron early on may be a bit awkward but as the story progresses they ease into a friends-to-lovers romance teeming with sexual tension that kept me glued to the pages.

Aaron Walters is used to settling as his childhood teemed with moments of unworthiness because of brothers given up for adoption in order to get a better life.  While his brothers went on to lives full of everything they wanted he was stuck longing for more as his mother’s addictions left them with nothing.  The only bright spot in his life was Amelia as with her he finally felt worthy. Belonging to her finally made him feel like a winner and drove him to decisions that were heartbreaking but ultimately led both of them to success.  It’s been a lonely existence since he pushed Amelia away, an existence of all work and no play. Seeing her again though gives him all sorts of hope, gives him the chance to make his wrong decision right.  Unbeknownst to him, Amelia’s current boyfriend has a complicated connection to him that brings all his old feelings of self-doubt to the surface to put their new-found HEA in doubt.  Aaron’s a delicious hero with a heart of gold.  Despite all the emotional pain his mother inflicts on him he’s still there for her whenever she calls.  His whole life he’s felt like second best, but with each sweet word and deed it’s clear that he’s the quintessential hero and is deserving of HEA.  With his kind heart and protective instincts it all adds up to a deliciously unforgettable hero who I was rooting for every step of the way.

This was a sweet and sexy tale of second chances that pulled at my heartstrings with each turn of the page.  Amelia and Aaron were a charming couple when they were younger, but know that they’re older and wiser they’re a formidable one.  Before they thought nothing could tear them apart, but now they know better and it makes them less likely to give up without a fight.  Surrounding this immensely likable main couple is a cast of appealing secondary characters that are larger-than-life and strong supports in helping Amelia and Aaron get their HEA.  Aaron’s friends Racer and Tucker often made me smile and endeared themselves to me as they were always there when Aaron needed a shoulder to lean on.  Their own romances brought out a sweet side to both and has me ready to pick up their stories to learn more about them.  Amelia’s friend Amanda was another bright spot in this story that brought a bit of humor and wise words when needed most and she too deserves her story to be told.  Ms. Quinn set this romance in a quaint small town full of colorful denizens that added even more spark to an already charming romance as each citizen played their part in matchmaking.  From start to finish this was a romance full of heart and soul, a romance of second chances and accepting love when it’s offered. It’s a powerful romance that stands strongly on its own and is one I wholeheartedly recommend. 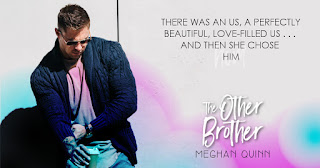 Born in New York and raised in Southern California, Meghan has grown into a sassy, peanut butter eating, blonde haired swearing, animal hoarding lady. She is known to bust out and dance if “It’s Raining Men” starts beating through the air and heaven forbid you get a margarita in her, protect your legs because they may be humped.
Once she started commuting for an hour and twenty minutes every day to work for three years, she began to have conversations play in her head, real life, deep male voices and dainty lady coos kind of conversations. Perturbed and confused, she decided to either see a therapist about the hot and steamy voices running through her head or start writing them down. She decided to go with the cheaper option and started writing… enter her first novel, Caught Looking.
Now you can find the spicy, most definitely on the border of lunacy, kind of crazy lady residing in Colorado with the love of her life and her five, furry four legged children, hiking a trail or hiding behind shelves at grocery stores, wondering what kind of lube the nervous stranger will bring home to his wife. Oh and she loves a good boob squeeze!