Throughout seven previous books readers have fallen in love with the Montgomery family and been on the edge of their seats with each emotional high and low.  It all comes to an end with this release as opposites attract with fireworks the result.  Keep reading to get a tempting taste of Inked Memories by Carrie Ann Ryan, along with my impressions of this enemies to lovers romance, then add this eighth installment in the Montgomery Ink series to your bookshelf! 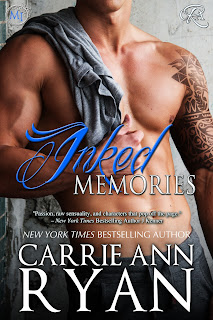 The Montgomery Ink series by NYT Bestselling Author Carrie Ann Ryan continues when the final Denver Montgomery sibling refuses to fall for his brother’s former flame—the company’s new plumber.
Wes Montgomery watched his entire family fall in love, and now finds himself ready to settle down. Except the one person he seems to find chemistry with is not only his twin’s ex, she also works for Montgomery Inc. But when the two find themselves in one compromising situation after another, Wes realizes he’s having second thoughts about the dynamic woman who’s burst her way into his life. Sure she sets off his temper, but she also makes him hot in every other way possible.
Jillian Reid never loved her best friend like everyone thought she should, so she pushed him away so he could have his future. Now, despite fighting it, she finds herself attracted to the one man she shouldn’t. When her father’s health takes a turn for the worse, and a danger no one saw coming show its face, she’s forced to turn to Wes for help. The two of them have fought off their attraction long enough, and each cave to the desire. But this enemies-to-lovers tale might have an ending no one ever dreamed of. 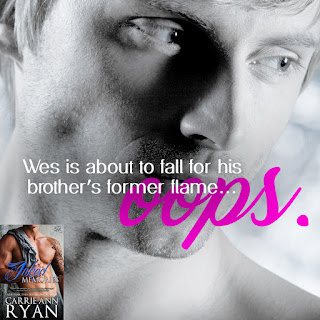 SOME FUN QUIZZES TO IMMERSE YOU FURTHER INTO THE MONTGOMERY  INK FAMILY:

**FIND OUT WHICH MONTGOMERY INK HEROINE YOU ARE MOST LIKE here.


Wes Montgomery is the final Montgomery to commit, and after the bruised heart his ex-girlfriend left him with, he’s not in any hurry to settle down.  Seeing all the other Montgomery’s find HEA though gives him pause and has him longing for more.  He’s always had a fiery relationship with his company’s female plumber, Jillian, but lately their antagonism is starting to feel more like foreplay. When a tragic event has Jillian leaning on him for comfort their relationship changes irrevocably as hate turns to affection...and ultimately love in this erotically-charged tale.  Wes is an immensely likable hero who’s always been the fixer in his family.  He’s the kind of man who always wants to make things right and feels guilt when bad things happen.  He’s a supportive man when it comes to family and those he claims as his and every step of the way he let Jillian stand strong.  When it comes to their sexual interludes Wes’s controlled demeanor turns scorching in encounters that left me blushing while enjoying their witty banter in and out of the bedroom.  It ultimately made them a formidable couple worth rooting for.

Jillian Reid’s always felt alone, despite her strong relationship with her ailing father.  Her mother’s walking away when she was young left a hole in her heart and had her doubting HEA.  Her friends with benefits relationship with another Montgomery brother, Storm, was merely a stepping stone as she too decides she finally wants something more.  She’s always had a combustible relationship with Wes, a relationship of endless goading, but when she needs a shoulder to lean on he’s there for her wholeheartedly.  She wants a carefree relationship at first, but the more time they spend together the more involved her heart becomes as she sees a more tender and kindhearted side to her former enemy. Jillian might have always felt alone but the Montgomery clan quickly enfolded her into their close-knit family, giving her support when she needed it most while letting her be the strong-willed person she’s always been.  Her fears over the future of her relationship with Wes were understandable as she didn’t want to lose her new-found family.  But when danger comes knocking she realizes just how important Wes is to her future in an ending that kept me guessing.

Fans of the Montgomery Ink series will be saddened by its coming to an end, but it’s an ending that will have readers cheering.  It’s a heartwarming conclusion that wraps up everything with a big happy bow.  Storylines come to an end while leaving readers with promises of the next generation.  It’s a bit bumpy reaching this immensely satisfying conclusion though as this tale starts out very slowly with not a lot of time Jillian and Wes spending together.  For them, their connection felt like insta-love and it was hard to feel fully invested in them with only half the book spent with them as a couple.  Suspense involving vandalism to their company’s worksite felt tacked-on and a bit emotionally manipulative too, but ultimately didn’t distract from the loving family vibe that is the Montgomery family.  Once readers turn the final page they’ll want to start all over from the very beginning so they can wrap themselves up in the loving embrace of the Montgomery family!


*I got this book from the author for review in exchange for my honest opinion. 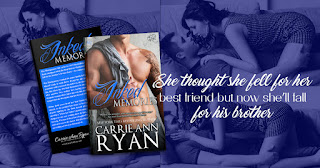