Book Blitz for Quest for a Popstar by Katie Hamstead (GIVEAWAY)

A singing competition is the setting for a romance between two people torn between reality and love and what it all means for their futures.  Keep reading to get a tempting taste of Quest for a Popstar by Katie Hamstead, then add it to your bookshelf.  In honor of this first installment in the Reality Romance series make sure to fill out the form below for the chance to win an e-copy of this book along with-copies of two other books from Ms. Hamstead’s backlist too! 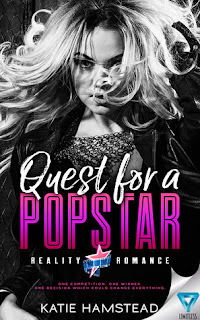 I haven’t done much performing, not since high school. Yet here I am, backstage, waiting for my turn to audition.
I’m excited, I’m nervous, and after witnessing the talent of the Murphy family, I almost throw in the towel. But I don’t. I walk out on that stage, and I never could have predicted what happens next.
The subsequent events fall like well lined-up dominoes. My life, my world, everything changes. Suddenly, success is overshadowed by exploitation, loyalty wrecked with betrayal, and trust slaughtered by life-changing secrets.
Oh, and then there’s Lucas, the guy—of course, there’s a guy—who might end up being the deciding factor on whether walking out on that stage will end up being the best decision of my life...
…or the worst. 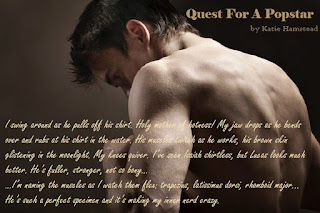 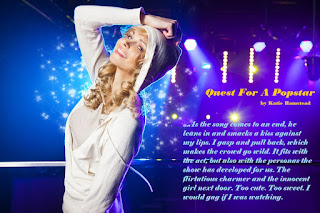 Born and raised in Australia, Katie's early years of day dreaming in the "bush", and having her father tell her wild bedtime stories, inspired her passion for writing.
After graduating High School, she became a foreign exchange student where she met a young man who several years later she married. Now she lives in Arizona with her husband, daughter and their dog.
She has a diploma in travel and tourism which helps inspire her writing.
When her debut novel, Kiya: Hope of the Pharaoh, climbed into bestselling status, she believed she was onto something, and now has a slew of novels now available, and is published through Curiosity Quills Press, Soul Mate Publishing, and REUTS Publishing.
Katie loves to out sing her friends and family, play sports, and be a good wife and mother. She now works as an Acquisitions Editor to help support her family. She loves to write, and takes the few spare moments in her day to work on her novels.