Readers will find find a fun and flirty romance as opposites attract in a business deal that becomes very personal.  Keep reading to get a tempting taste of Thunder by Willow Summers, along with my impressions of it, then add it to your bookshelf while it’s free.  In honor of this first installment in the Big D Escort Service series make sure to fill out the form below for the chance to win a swag bag and a 32 GB iPad too! 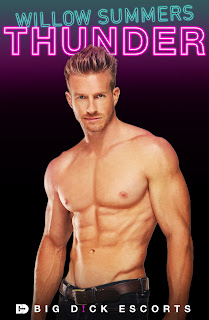 Welcome to Big D Escort Service.
If you need a date, we’ve got you.
If you need wining and dining, we’ve got you.
If you need a night you’ll never forget— buckle-up buttercup, because that’s our specialty.
We’ll give you what you need, as hard as you need it.
CODE NAME: THUNDER
All the girls call me Thunder.
As in, they need to feel the Thunder between their thighs.
I’m a legend. My waiting list is a mile long. The ladies crave me, and they’ll pay for the pleasure.
But though I hate to disappoint—everyone knows I leave my clients satisfied—it’s getting old. Money, sex, and rock ’n roll can get stale. Who knew?
I might just finish up, and pull out. I’ll take one more gig, rock her world, and see my way out.
I’ll show one last lucky lady why they call me Thunder.
* * *
CLIENT: MADISON
That rotten, no good—
My ex-boyfriend of too many years just left me three weeks before the most important wedding of my life.
I wanted to make a statement at that wedding. I’ve changed. I’m no longer the loser who got dumped by the popular boy in high school. Now I’m a successful business woman with clear skin.
But how can I possibly make that sort of statement as a loner?
I can’t, that’s how.
So when my friend suggests hiring a date from the Big D!ck Escort Service, it was hard to laugh it off. And as the days ticked by, it was harder and harder to deny that I needed saving.
No sex, though. I’m not that kinda girl. I’ll just hire the guy for a date, and nothing else.
Just one date without any funny-business. That’s do-able, right?

“Obscene,” an older woman muttered as Colton led Madison out of the reception hall. She gave Madison a dirty look.
He’d lost control and made a show out of her. He’d intended to give her a light, teasing kiss, a way to show James that Madison was taken. But after a moment, her passion had consumed him, sweeping him up and making him deepen the kiss until they were making out at a wedding reception, hot and heavy. If he’d waited any longer before pulling away, he would’ve pushed his hand up her inner thigh and slipped his fingers under her panty line.
“We can leave if you want,” Madison said uneasily.
He stopped next to the bar, too rigid by half. He was there to make her shine, but he’d messed up, and now all the girls at that reception were probably gossiping about Madison. It would turn into slut shaming. Colton had seen a lot of that in this gig. An awful lot. He’d gotten good at skirting the line. Until now.
“Listen, Madison, I’m sorry about that.” He shook his head and made eye contact with the bartender. The bartender held up a finger. I’ll be right there.
“I’m the one who fell on you.” She laughed, still sounding uncomfortable.
“No, I mean, I shouldn’t have gotten carried away. It won’t happen again.”
“It’s fine. I think I’ve made a big enough show at this point. We can just go if you want to.” She picked at the bar, her face pointed downward.
“I made you look bad,” he said, needing her to know it wasn’t her fault. If the jealous women sneered, or made rude comments, it would hurt her. He should’ve kept his cool.
She shrugged. “I don’t think you’re remembering things right. I jumped in your lap, Colton.”
“Because I was overbearing. It wasn’t your fault.”
She sighed and looked down at the bar again. “I feel like we’re going in circles. Bottom line: if you don’t want to kiss me, fine. If you do, fine. If I dive headfirst into your lap because I don’t realize you’re backing off…my bad. If you dive in my lap, be a dear and give me an orgasm while you’re down there.”

It’s a combustible connection that forms between a former nerdy girl and a sexy escort when she hires him as her date in an attempt to show her former high school classmates how well she’s done for herself.  Through fun and flirty moments, heartfelt talks, and his heartwarming reaction in a time of need they discover there’s more to each other than their outer packages.  What starts out as business soon becomes all about pleasure in this scorching and entertaining romance that’s just begun.

Colton’s a man who‘s popular with the ladies for his suave demeanor and well-endowed physique which earned him the nickname “Thunder”.  At one time he loved his job as an escort, loved the attention of women, but it’s now become meaningless.  He’s tired of being seen as an object and bored with all the women who hire him as they don’t challenge him.  He’s looking for something meaningful, as he’s made more than enough money through being an escort, and decides that his latest job will be his last.  The moment he meets Madison it’s clear she’s exactly what he’s looking for and they’re soon ignoring all his usual rules as their one-night stand becomes something more permanent. When her past tries to ruin their future the strength of their relationship will be tested as will her place in the future he’s long been planning.  Colton’s extremely drool-worthy, both in words and deeds.  He’s super sexy too but tired of being judged by his looks and longs to find someone willing to look below the surface to treat him as an equal instead of an object.  He’s oh so charming, displayed both on the job and off, and in a scene concerning Madison’s friend Janie his actions were particularly heartwarming.  Colton wasn’t your typical escort as he’s slowly lost the excitement of a new woman every night and dreams of a HEA with kids and family which he sees Madison being a part of and doesn’t hesitate to tell her that.  As the story progressed he put his heart on the line to win her over with numerous words and deeds that put a smile on my face.

Madison had a tough time in high school, being a bit nerdy and awkward left her vulnerable to one of the popular boys who broke her heart and tore down what little self-esteem she had back then.  Looking to prove all those enemies from her past wrong, she sets out to hire the perfect guy to show how high she’s risen and ends up getting more than she ever expected.  Madison’s a likable heroine with feelings from the past she can’t seem to forget...as they too seem to still be talking about in moments of cattiness that felt a bit over melodramatic.  Madison’s quirky and very honest though in her words and deeds and her actions often made me smile.  She never put on a facade, even when reuniting with her past.  With her, what you see is what you get and it made me like her all the more.  She’s a bit isolated though, stuck in a job she dislikes, with only one real friend.  Being with Colton brings her out of her shell, introduces her to a sexy new group of friends who have her experiencing life to the fullest.  From the moment I met her I was rooting for her every step of the way as she and Colton were a very dynamic duo.

This was a quick read full of erotic interludes, heartwarming moments, and chuckle-worthy banter that had me fully invested from the first page to the last. Though the attraction between Colton and Madison was instantaneous it felt believable as they had the same quirkiness and doubts and seemed stronger in each other’s presence.  Their romance was smooth sailing, with no big misunderstandings getting in the way, but their story is far from over as I believe big changes are on the way and I look forward to where life takes them. Alongside this appealing main couple comes an equally entertaining cast of secondary characters.  There’s Madison’s friend Janie who’s snarky and oh so loyal, but who’s in an abusive relationship and struggling to make ends meet as an artist.  She’s a good friend full of spunkiness and it was heartbreaking to see her at her lowest here.  She’s tough though and being around Colton’s friends shows a woman quickly bouncing back to give as good as she gets.  The other escorts get moments of their own in the spotlight to leave readers wanting more.  They’re a tempting group, sexy and sweet, with backgrounds just hinted at that tempt me completely.  Dave’s funny and good at mocking but deep down he has a heart of gold.  The sparks between him and Janie are very clear and I’m greatly anticipating what comes next for the two of them.  Ethan and Noah are the romantic ones, willing to go out of their way to rescue damsels in distress and they too were champions of Janie is scenes that took on a familial and protective vibe.  Each of these escorts is just as appealing as the next in this decadently delightful series starter that will charm every reader and have them counting down the days until we see these sexy studs again.

OTHER INSTALLMENTS IN THE BIG D ESCORT SERVICE SERIES: 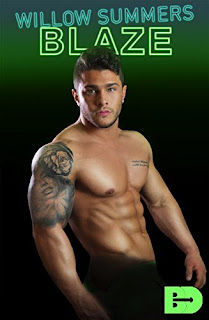 BLAZE
CODE NAME: BLAZE
All the girls call me Blaze. I set panties on fire.
Just one smile and they are simmering for some of my heat. I light 'em up and make 'em scream.
I'm damn good at what I do.
With all the money pouring in, I'm going to ride this gig as long as possible.
But I've always got time to help out a friend.
So when my girl-bro Janie is in trouble with rent, I figure I'll do the right thing and move in with her. Why not? It saves me money.
The problem is, when she starts wandering around in her under-roos, something occurs to me that hasn't before: Not only is she awesomely sassy, she's a scorching hot little number.
Suddenly the move doesn't seem like such a great idea. Not if I want to keep my sanity while trying to keep my hands to myself
***
NOT-THE-CLIENT: JANIE
Dave is rolling in money. Why he wants to come slum it with me, I have no idea, but whatever. It saves me money. I'm not worried about it.
Besides, his unorthodox career choice tickles the part of me that gets turned on by the taboo. If I only had as much money as he did, I'd pay for a night with him. You know, just to say I'd done it.
There's another thing he fires up in me.
My desire to paint...him. Nude. And hard.
But he's off-limits. Hookers can't be in stable relationships. It would never work.
If only my muse, and my desire, would line up with my logic. 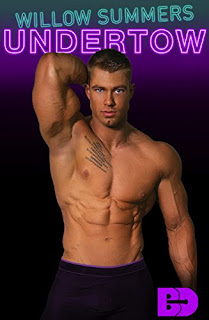 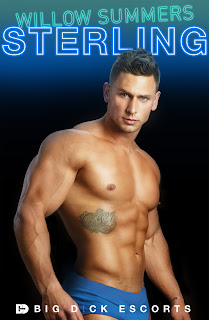 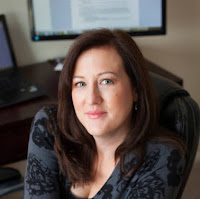