It’s an erotically-charged connection between two teammates in this tale that balances suspense with a romance that arises from an unplanned pregnancy.  Keep reading to get a tempting taste of Wicked Choice by Sawyer Bennett, along with my impressions of this steamy story, then add this fourth installment in the Wicked Horse Vegas series to your bookshelf! 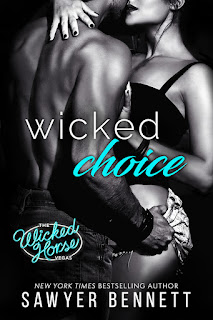 Rachel Hart and Bodie Wright are nothing more than teammates. As mercenaries for hire with the elite Jameson Group, they have each other’s backs in the most dangerous of circumstances. But after a mission gone deadly wrong, Rachel does something she’s never done before. She crosses the professional line and takes comfort in Bodie’s arms.
One night of passion turns their lives upside down with a pregnancy neither of them expected, and one that Rachel was too terrified to ever want. Bodie, however, is a family man through and through, and he’s determined to raise their child alone if necessary.
The only common thread Rachel and Bodie have is their membership at The Wicked Horse, a sex club that lets them both fulfill their dirtiest fantasies with each other. As they become more intimately entwined, the strong, steady man with a heart of gold makes Rachel question everything she ever thought she knew about herself. Their wicked nights together make them so much more than teammates and Rachel is about to discover the choices she thought were the most difficult are actually the easiest ones to make. 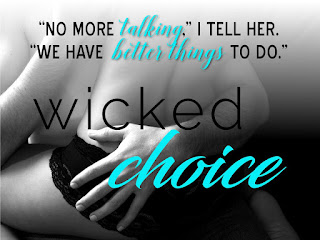 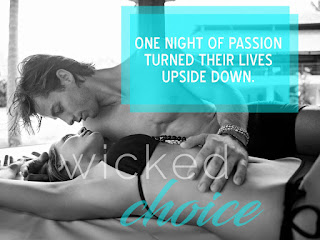 Readers looking for a bit of steam to warm these frigid nights will get all that and more courtesy of this scorching read with a bit of suspense added in to keep you on the edge of your seat.  What starts out as a moment of comfort to forget pain soon takes on a bigger and more emotional meaning when a one-night stand between co-workers results in an unplanned pregnancy.  Friends become casual lovers before becoming something more profound in this romance that charmed me one moment while making me blush the next.

Rachel Hart lives life on the edge, traveling from one country to another to keep others safe.  She’s a rock, stoic and committed to getting the job done.  She’s a badass who’s not known for her tender side, but one night emotions run too high and throw her into the arms of her younger co-worker Bodie.  Discovering she’s pregnant has her wanting to run, but for Bodie she’ll face her fears so he can be the dad he’s always wanted to be.  The more naughty nights they spend together though the more involved her heart becomes in a heartwarming relationship balanced with erotically-charged encounters.  Rachel was a very modern heroine who stood strong alongside the men in a fire fight.  She was confident when it came to her job, but when it comes to emotions and her personal life, she keeps herself separate.  Finding out she’s pregnant throws her for a loop but spending more time with Bodie has her willing to change her life for another in a decision and gesture that brought a tear to my eye.

Bodie Wright’s a young man from the Midwest, close to his family and an all-around good guy.  Though he loves his family’s farm he wanted something more, something just for himself, and travelling the world saving others is what he’s always wanted.  He’s always been drawn to Rachel though too, drawn to her competence as well as her sexy and uninhibited nature.  On a night where she most needs comfort he’s more than happy to comply in an interlude that results in a life-changing event.  Bodie’s a delicious hero, a stand-up guy more than ready to take on fatherhood.  He’s all-in when Rachel agrees to carry their baby and his tender ministrations and support endeared him to me.  It’s clear he cares about her but he never diminishes her abilities as a person despite his concern for their baby.  With each turn of the page he ingratiates himself to her and has her seeing HEA when she looks into his eyes...at least until a mission goes awry and she’s left wondering if she waited too long to tell him how she feels.

This was an entertaining story.  It’s a bit different from the other Wicked Horse books as it focused more on the action and suspense of the Jameson Group, a protective group of heroes for hire.  Bodie and Rachel are an immensely likable couple with no annoying baggage weighing them down.  They both like their sexual interludes scorching and neither is embarrassed by it which makes for numerous erotically-charged encounters in the Club and at home.  They’re a couple who actually talks things through.  They don’t let the past keep them from going after their HEA for long which made this an even more enjoyable read.  Alongside this appealing main couple were numerous secondary characters who have me greatly intrigued.  Kynan, the Brit who runs the Group is mysterious and oozes sensuality.  He’s all-knowing and all-seeing and I look forward to seeing him brought down by love.  Cage and Sal are two co-workers who also stepped to the forefront.  Cage is Bodie’s supportive friend, a nice guy who’s sweetly southern.  Sal’s a bit arrogant early on but really comes through for Rachel later on and it’s that dichotomy of personality that has me longing to learn more about him.  On a whole this was a fast-paced and sexy story featuring two people who start off as casual co-workers to become a real family. The tone of this story hints at the new series to come as the compelling men and women of the Jameson Group find their HEAs while dodging danger in what promises to be another erotically-charged series. 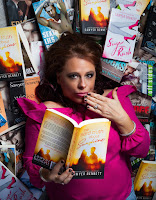