Book Blitz for One Night by A.M. Salinger (GIVEAWAY)

A one-night stand surprisingly becomes something more in this m/m novella of painful pasts and a future of doubts that’s the first step in a journey that’s just begun.  Keep reading to get a tempting taste of One Night by A.M. Salinger, then add it to your bookshelf.  In honor of this first installment in the Night series make sure to fill out the form below for the chance to win a Kindle Fire or a $50 Amazon GC! 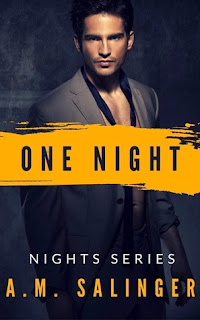 One night was all I asked for. For him to show me how good it can be. — Gabe
One night was all I promised. To give him the best time of his life. — Cam
Gabe Anderson wants nothing more than to overcome the scars of his past. Moving to a new city halfway across the world is one thing. Walking into the most exclusive gay bar in town to hook up with a perfect stranger is a whole new ball game.
Cam Sorvino doesn’t do relationships. Period. Having buried his dark childhood behind him, he lives life to the fullest and likes his sex hot, dirty, and for one night only. Though Cam’s instincts tell him that Gabe isn’t the one-night kind of guy, he can’t stop himself from approaching him. When Cam discovers the true extent of Gabe’s harrowing secrets, he makes him an offer he cannot refuse: one night of mindless pleasure to help him overcome his phobia of intimacy.
But when morning comes, will Cam be able to let go of the one man who is able to stir new feelings inside his cold, dead heart?
If you like sweet, sexy men with dark pasts and a whole lot of love to give to the ones brave enough to win their hearts, then you’ll love this first novella in the hot, contemporary romance series Nights by A.M. Salinger.
This is a MM romance with a HFN. Cam and Gabe’s HEA is coming mid 2018! 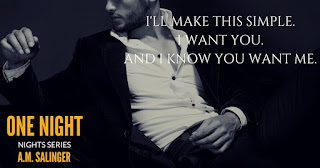 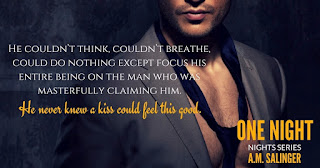 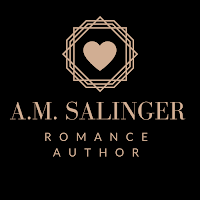