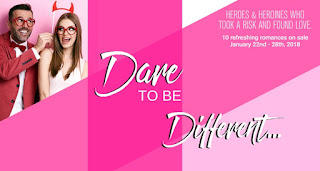 Entangled Publishing is celebrating those who step outside of their comfort zones to get what they want whether it be in love, looks, work or elsewhere. If you love heroines and heroes who take a risk and end up finding love then don't miss this sale! 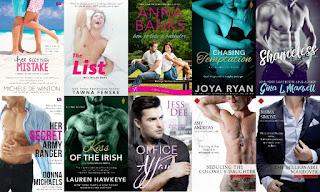 Whether you love your romances filled with humor, sizzling hot or everything in between Entangled has a romance for you. So kick off your new year by filling your eReader with these steals! 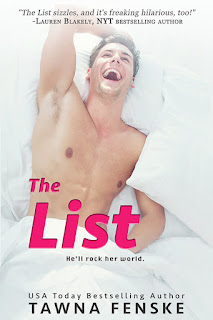 He’ll rock her world.
It all starts with a list.
A sex list.
Cassie Michaels comes up with a list of naughty experiences to impress her sisters and finally convince them—and herself—she’s not just a boring soil scientist. Unfortunately, it also makes Cassie a liar if she doesn’t tick off at least some of the kinky exploits before her sister’s bachelorette party. Luckily, she’s found just the man to help her, starting with number four—sex with an anonymous stranger.
As the owner of a chain of computer shops, Simon Traxeldoesn’t deal with mundane repairs, but when a brunette with killer green eyes and a list of sexploits frozen across her computer screen shows up at one of his shops, he’s ready to get a little hands on.
Simon’s more than willing to have some fun helping Cassie turn her made-up adventures into reality. Between steamy public romps that go hilariously awry, and sexy antics with kitchen utensils, getting through a to-do list has never been this much fun. But nearing the last few items means nearing the end of their time together, and Simon isn’t ready to let her go…

“Okay, really quickly,” he says. “I’ve created a link to your new backup system right here. I updated your antivirus protection and did a thorough cleaning of the keyboard. You’ll want to watch out for this X key, though. It’s still a little sticky.”
I nod. “I’ll try not to type too many words with an X in them.” The second I say that, I think of half a dozen.
Excite.
X-rated.
Fixate.
Sex.
Climax.
He looks up at me then, and I could swear the same words just flitted through his mind. There’s a knowing expression in those brown eyes, and I’m positive he read the list. He had to, right?
Or maybe I imagined the look, because he’s back to pointing out some feature he updated on the laptop. Something about RAM or ROM or whatever. I can’t hear anything he’s saying over the voice in my head chanting, “Did he read it? Did he not read it?”
He turns and asks if what he just showed me makes sense, and I nod like a dummy. For all I know he just gave me a recipe for snickerdoodles or told me where Jimmy Hoffa is buried. I have no clue. He holds my gaze, and I try to blink away the panic.
I can’t take it anymore.
I have to defuse the tension or I’ll explode.
I finally blurt it out. “Look, Simon—I’m feeling a little flustered because I know you saw The List on my monitor when I dropped off the computer, and it’s really nice of you to pretend you didn’t see it, but obviously, you did, and I feel like I should explain that it’s probably not what you think it is.”
I drag in a deep breath to wash down that big mouthful of crazy. He looks up from the laptop then, a bemused expression in those light brown eyes. “What do I think it is?” 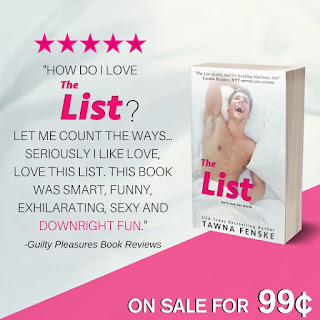 Tawna Fenske is a USA Today bestselling author who writes humorous fiction, risque romance, and heartwarming love stories with a quirky twist. Her offbeat brand of romance has received multiple starred reviews from Publishers Weekly, one of which noted, "There's something wonderfully relaxing about being immersed in a story filled with over-the-top characters in undeniably relatable situations. Heartache and humor go hand in hand." Tawnalives in Bend, Oregon with her husband, step-kids, and a menagerie of ill-behaved pets. She loves hiking, snowshoeing, standup paddleboarding, and inventing excuses to sip wine on her back porch. She can peel a banana with her toes and loses an average of twenty pairs of eyeglasses per year. 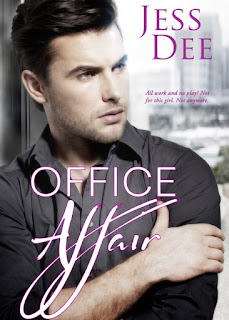 Ben Cowley’s been Melissa’s secret fantasy for the last two years. They’re all alone in the deserted offices of Preston Elks, and Melissa is tired of being a workaholic high achiever. Just for tonight, she wants to be different.
The last thing Ben expects while working late one night is his serious, straight-laced colleague seducing him. Melissa turns his balanced world upside down with her offer of no-strings-attached sex.
After an amazingly explosive night, he realizes a brief affair with Melissa is not enough, but she’s already clicked back into her distant and professional mode.
Ben will do whatever it takes to convince her they could be so much more, even if it means inviting another man into their bed.

By nine o’clock the following morning, Ben couldn’t hold back any longer. He lay in his big, empty bed and thought about Melissa. He thought some more about her, and a little more after that. And then he grabbed his phone, found her number and dialed, expecting the call to ring through to voicemail.
Her throaty, “Melissa Sparks speaking,” undid him. His semihard cock flared to life again at the sound of her voice.
“Hey, Mel.”
A brief hesitation. “Ben?”
“Yeah, sweetness. It’s me.”
“Is everything okay?”
“Everything’s fine.”
“Uh, then why are you phoning?”
“No reason. Just wanted to hear your voice.”
“Ben—-“
“I miss you.”
“This is highly inappropriate,” she huffed.
Ah, there was the Melissa he knew and loved. Not. “Wanna hear something even more inappropriate? I fell asleep last night thinking about you, Mel.”
“Melissa,” she corrected, like he knew she would. “And no, I don’t want to hear that.”
He grinned and palmed his cock. “Would you rather hear that I woke up thinking about you?”
“No. Definitely not.”
“I also woke up with an erection.”
A heartbeat passed before she responded, but in that heartbeat, Ben heard it: a whisper-soft whimper. “Don’t do this, Ben.”
“Don’t do what?”
“Make it personal.”
“Too late, sweetness. It’s already personal. When I wake up with a hard-on and you on my mind, you better believe it’s personal.”
She sighed into the phone. “Do you still have it?” Her sternness was gone, replaced by a kind of grudging acceptance.
“My erection?”
“Yeah.”
“I do.”
Another whimper.
Ben stroked his cock. “I’ve had it since I woke up. Haven’t been able to get out of bed because of it.”
“So…so you’re lying in bed, talking to me, with an erection?”
“Correction. I’m lying in bed, naked and talking to you, with an erection.”
She waited a moment. “I’m lying in bed too.”
“Naked?” 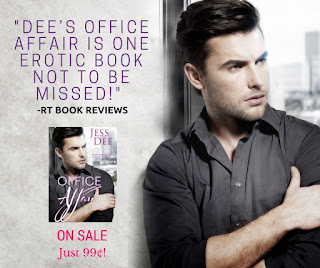