Book Spotlight on Spitfire in Love by Isabelle Ronin (GIVEAWAY)

Fireworks result when a strong-willed woman asks for the help of a sinfully sexy man with a dark past of his own.  Keep reading to get a tempting taste of Spitfire in Love by Isabelle Ronin, then start counting down the days until this book releases on May 28th.  In honor of this third installment in the Red series make sure to fill out the form below for the chance to win 1 of 3 prize packs featuring the books in this series too! 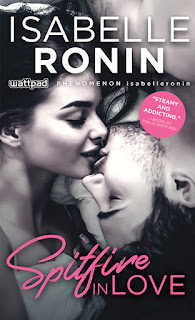 She's never at a loss for words.
He's determined to have the last one.
KARA
There he was with his piercing blue eyes and Lucifer black hair.
He was leaning against the wall, a lollipop in his mouth, hot as hell and twice as dangerous.
Kara Hawthorne never backs down, especially when it comes to protecting her family.
CAM
She looked so soft, harmless, like a pretty kitten, but she was as safe as a ticking time bomb.
My sweet, sweet Spitfire.
Cameron St. Laurent isn't intimidated by the feisty woman at his doorstep. And when she asks him for the impossible, Cameron knows just how to sweeten the deal...
The two combustible personalities are faced with unavoidable off-the-charts chemistry. But when Cam's dark past shows up, he'll have to slay his demons and lay himself on the line to win Kara, body and soul. 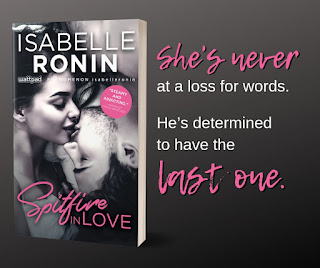 FIND OUT MORE ABOUT MS. RONIN AND HER BOOKS here.