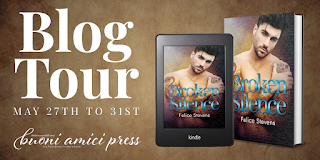 It’s a sensual and sentimental romance between an older man who’s just discovering himself and the younger man who’s lived a life full of hardships.  Keep reading to get a tempting taste of Broken Silence by Felice Stevens, along with my impressions of this forbidden m/m romance, then add this series starter to your bookshelf.  In honor of this first installment in the Rock Bottom series make sure to fill out the form below for the chance to win a $25 Amazon GC too! 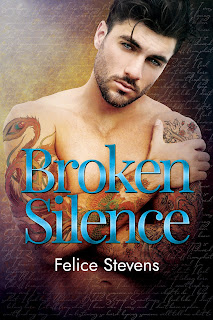 Justin Molina has secrets. He’s served his time but remains a prisoner of his past, unable to  forgive himself for failing his family when they needed him most. Justin’s grief is overwhelming, but he keeps silent and focuses on his goals. About to graduate college, he tries to keep his head above water—no matter how many times life keeps knocking him down. When he’s forced to register for a poetry-writing class, Justin discovers putting words to his feelings might be exactly what his fractured heart needs to heal. Or is it the older professor with the bow ties and gentle smile who gives him a chance when no one else will?
Professor Foster Faraday Harding is a broken man. His divorce is final, and he’s reverted back to the safety of his books. Even his poetry no longer brings him joy; he’s sleepwalking through life. The raw emotion of Justin’s poetry awakens Foster to desires he thought long buried in the ashes of his marriage. When he discovers Justin is struggling financially, Foster offers him a solution that benefits both of them. Soon it’s Foster who’s struggling with emotions he can’t understand: Justin is his student. And a man. One crazy night years earlier doesn’t mean anything. Foster is straight.
After months of denying the growing attraction between them, an unexpected kiss changes everything. Justin and Foster are no longer only professor and student—they’ve become lovers, but the strain of hiding their relationship increases with each passing day. Words have the power not only to hurt but to heal the greatest pain. If Foster and Justin listen to what their hearts are saying, they might break through their silence and live their own love poems—together. 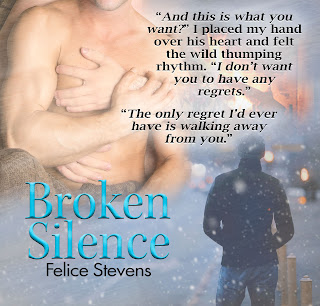 Fans of m/m romances will find this an entertaining read full of heart and soul, a romance that in many ways is familiar but no less satisfying.  For readers it’s a slow and steady journey to HEA as a young man full of regrets ends up in the class of a staid professor still trying to find himself.  Sparks soon fly as these two opposites find healing in each other’s arms while along the way predictable roadblocks regarding their age and socioeconomic differences keep their future in doubt.

Foster Harding was born to studious parents who had him later in life.  By the time he was born they were very set in their ways with little time for fun or strong emotions.  It was a lonely life for him growing up with only books for comfort and friendship, a life where he felt lacking and that was rich in objects but not attention.  The recent demise of his marriage left him feeling even more lacking because of his young wife’s harsh words and her desire to change him.  His self-esteem is at an all-time low when readers meet him and he’s equally confused by the surprising feelings engendered in him from his ex wife’s last-ditch planned threesome.  He never felt attracted to men before but since that night it’s been a secret temptation that becomes even more blatant when a sexy bad boy ends up in his latest poetry class.  Through the tattooed young man’s heartfelt words Foster finds himself wanting to know more about his stoic student and goes out of his way to make things easier for his most promising pupil.  As a bond starts to form they find their emotions taking a more intense turn in a forbidden romance that might end before it barely begins.  Foster’s a serious-minded professor who enjoys bow ties and matching sweaters.  He’s a tightly buttoned man who’s lived quietly, but who seems on the cusp of breaking out of his shell.  And it quickly becomes clear that his new student is just the person to help him start living in a romance that’s a slow burn that pushes Foster to new limits that had me rooting for him every step of the way.  Though he was tightly wound he had a kind heart, never judged anyone for their past, and went out of his way to do good when given the chance.  When it came to Justin he constantly built up his self-esteem, saw him as an inspiration, and encouraged him in ways both big and small.  Foster was an endearing character on many levels, a bit bland at times though too, but he was a good balance to the edgy Justin which made their romance fun to explore.

Justin Molina was always a wild child, stealing candy and jumping turnstiles.  His relationships were fluid and he was quick to indulge in every interlude offered.  His actions were mostly harmless though but with his father’s declining health he made a fateful decision that ended with him in jail.  After being released he’s a changed man now, a man full of guilt and regrets, a man who keeps to himself as he feels like a failure.  Writing poetry for his class unleashes feelings he’s long kept hidden, attracts the attentions of his teacher, which all leads to Justin seeing himself in a whole different light in a journey where each of them start to see themselves differently.  Justin’s a bit of a loner early on, someone who doesn’t like to share bits of himself.  He’s brutally honest though when it comes to his impressions of himself and there were many times throughout the story where he would tear himself down.  Early on he was mired in desperation and it was those moments that drew me to him as he didn’t revert to criminal behavior as an easy way out, he just worked harder and remained the joy of his mother’s life.  It’s his relationship with her that showed his kind heart, a big heart hiding behind his anger over his past.  It’s a past that’s never sugarcoated, and though he worries that Foster will turn away from him knowing the truth, he still did the honorable thing in opening up to him completely.  It’s that honesty that fueled their connection, a connection that grew frustratingly slowly, as worries over their age difference and the forbidden nature of their roles as teacher/student weighed on Justin.  On their own and in interludes in the bedroom Justin was shown as the teacher with Foster his willing student in scenes that were playful and unburdened by doubt.  In public though Justin was desperate to keep them a secret even as he longed to be claimed in a frustrating tug of war.

From the first page to the last this was a likable read with a nice balance between sweet and sensual.  Though the main couple was appealing on their own it was clear that they were damaged by their pasts and I became quickly invested in their healing journey, a journey where their roles became reversed a time or two.  Much of what befell them were familiar issues, but they were issues that were handled In a believable manner that kept me glued to the action.  Surrounding this realistic main couple was an even more tempting cast of secondary characters that have me hoping we’ll see more of them in the future.  The first character is Benny, friend to Justin, a young man belittled by his stepfather and stepbrother who’s devoted to his sister.  He’s average looking, longing to find love, and has a heart of gold that made me want to hug him.  There’s also Foster’s long time friend Ross, a man still coping with the death of his husband, a man who’s hiding from new love but whose leaving promises big changes for him.  These two characters energized the story and I lapped up their scenes.  On a whole this was a satisfying series starter that has me counting down the days until we revisit these entertaining characters!

My rating for this is an B. 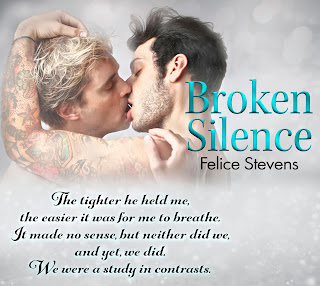 Felice Stevens has always been a romantic at heart. She believes that while life is tough, there is always a happy ending around the corner, Her characters have to work for it, however. Like life in NYC, nothing comes easy and that includes love.
Felice has written over twenty books in the gay romance genre. Her books been translated into German, French and Italian. Her novel. One Call Away, part of her Soulmates series, was mentioned in Buzzfeed as one of the best “Out for You” gay romances of 2017.
Felice lives in New York City with her husband and two children. Her day begins with a lot of caffeine and ends with a glass or two of red wine. She recently retired from the practice law and now daydreams of a time when she can sit by a beach somewhere and write beautiful stories of men falling in love. Although there are bound to be a few bumps along the way, a Happily Ever After is always guaranteed.