Double Cover Reveal for Only One Night & Only One Touch by Natasha Madison.....

Fans of sports-fueled romances will need to mark their calendars as the next two installments in the Only One series are making their way to bookshelves in 2021.  Keep reading to get a tempting glimpse of Only One Night & Only One Touch by Natasha Madison, both set in the world of the Dallas Oilers hockey team, then start counting down the days until readers are introduced to two more delectable players who find action on and off the ice! 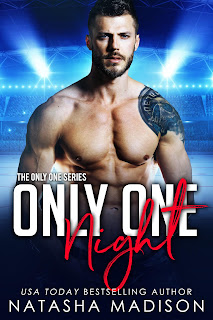 ONLY ONE NIGHT (Releasing January 5th)
Manning
As captain of the Dallas Oilers, I was their leader on and off the ice. From the outside, it looked like I had the perfect life. I didn’t.
I was married to a woman who refused to give me a divorce. All she wanted was the status title, and all I wanted was to be set free.
It was supposed to be just another event, except it took a turn I didn’t see coming.
Evelyn
Attending my best friend’s bachelorette party isn’t something I was looking forward to.
But it’s strange what a couple of glasses of wine will do.
It was one night, and I thought I would never see him again.
Especially not coming face-to-face with him and his wife while picking up my nephew from hockey practice. All it takes is one kiss, one touch, one chance, and only one night.
FIND AT GOODREADS here.
PRE-ORDER LINKS:  AMAZON  |  iBOOKS  |  BN  |  KOBO 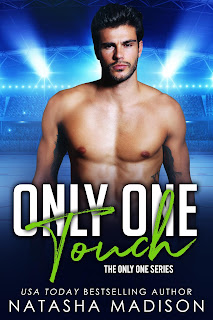 ONLY ONE TOUCH (Releasing on February 9th)
Nico
When I inherited the Dallas Oilers from my father , I became one of the youngest owners in hockey history. Even though the team was at the bottom of the hockey standings, I had big plans to change that and bring the Cup to Dallas.
Falling in love was something I never believed would happen to me.
You’d think I was getting everything I ever wanted with the girl and the winning record, but I still have a promise to fulfill to my childhood best friend.
Becca
Never let them see you sweat has been my life motto since I decided to make a name for myself as the most-sought-after sport agent.
I know what it takes to close a deal, and only want one thing—to be the best.
Until I felt his touch one night, and everything I thought I knew was forgotten. Nico is everything I've never let myself want.
But all my cards came crashing down the minute I read the headlines. It takes only one touch to change everything!
FIND AT GOODREADS here.
PRE-ORDER LINKS:  AMAZON  |  iBOOKS  |  BN  |  KOBO 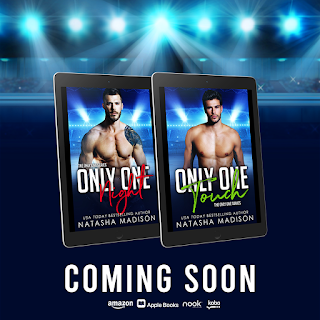 AUTHOR INFO:
When her nose isn't buried in a book, or her fingers flying across a keyboard writing, she's in the kitchen creating gourmet meals. You can find her, in four inch heels no less, in the car chauffeuring kids, or possibly with her husband scheduling his business trips. It's a good thing her characters do what she says, because even her Labrador doesn't listen to her...
WEBSITE  |  FACEBOOK  |  TWITTER  |  INSTAGRAM  |  FACEBOOK READER GROUP  |  AMAZON AUTHOR PAGE  |  BOOKBUB AUTHOR PAGE |  NEWSLETTER
at September 25, 2020