Book Tour for Only One Kiss by Natasha Madison (REVIEW).....

Readers will find themselves drawn to this sweet and sensual romance between a single dad, still struggling with the death of his wife while raising his new baby, and a woman who's a master at handling perceptions.  Keep reading to get a tempting taste of Only One Kiss by Natasha Madison, along with getting my impressions of this hockey-fueled story, then add this first installment in the Only One series to your bookshelf! 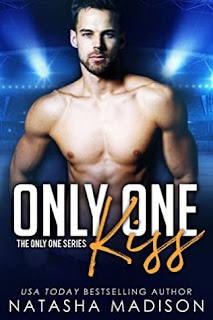 Ralph
Being traded to Dallas was a dream come true. I had everything I wanted, my game had never been better, and my wife was due to have our baby any day now.
What could go wrong? Everything.
I was now raising our baby on my own. After hockey practice and games, I didn't have time to sleep, let alone make sure my social media was up to par.
I never thought I'd get a second chance at love.
Candace
When my hotshot brother was drafted in the NHL, he didn't have time to do his social media, so I took over for him. Little did I know it would become my career.
My plate was full with over fifty NHL players, and I wasn't taking on any new clients.
Yet when he showed up on my doorstep with the cutest little girl in the whole world, I couldn't say no. I was just helping, but it turned into more than that. He's the man I've been waiting for.
All it takes is one touch, one night, one chance, and only one kiss. 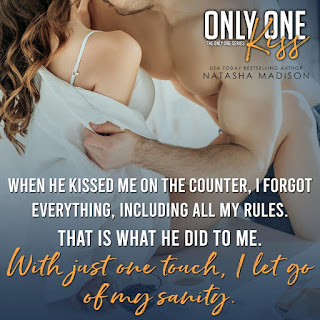 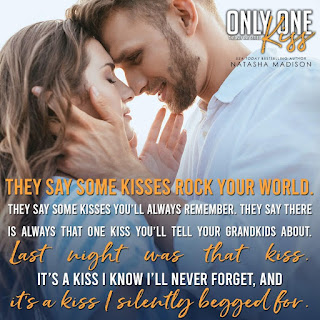 From the moment I picked up this book I was utterly charmed, charmed by the characters and their heartwarming interactions that brought together a grieving single dad and a young woman ready for her own HEA.  From sweet to sensual, readers will find this a delightful journey and an entertaining series starter that introduces us to appealing characters that I look forward to seeing more of in future books.

Ralph Weber's life was looking perfect after being traded to Dallas and discovering he had a baby on the way.  Things quickly turned tragic though as the mother of his child died during childbirth and his hockey career faced a setback due to his getting a concussion.  It's been a tough time for Ralph, a time where he's tried to recover from the pain of loss, both of his body, mind, and heart.  Through it all he's been focused on caring for Ariella, devoted to her to the exclusion of his wants and needs.  He's just now getting back on the ice, and after being told that he needs to further his online presence to keep his career going, he looks towards the sister of a fellow hockey player who's at the top of her game to help him out.  His initial meeting with Candace is combustible, bringing long-dormant desires to the surface that leave him intrigued by her but feeling guilty for his desires too which led to a romance full of highs as well as a few lows.  Through it all Ralph's a wonderful hero, truly good and loving.  His interactions with Baby Ari were utterly charming and warmed my heart as he was the kind of dad who would sacrifice all for his child.  He was sweet and easygoing, but when his heart became deeply involved with Candace a bit of jealousy emerged that showed an alpha side to him too.  It would take a special woman to find a place in his heart as Baby Ari already occupied most of the space...luckily Candace is just such a woman.

Candace Richards is the most sought after social media specialist, the one everyone's clamoring to come work for them.  She's particular though and not sure if she wants to take on another hockey player, but the moment she sees Ari in Ralph's arms Candace is smitten...first with the cute and precocious Ari, then with the handsome and devoted Ralph.  There's a feeling of rightness when they first meet, a feeling of big possibilities if they give in to the simmering connection growing between them as they move from friends to something more.  Throughout their journey Candace showed herself to be a wonderful heroine, one who's self-assured and is very good at what she does.  She's immediately drawn to Ari and I enjoyed how comfortable these two were with each other.  Candace has a great head for business, but has an even bigger heart that is more than obvious in her scenes with Ari as well as during her burgeoning relationship with Ralph, a relationship full of a few hiccups along the way.

Ralph and Candace are a wonderful couple, immensely likable and easy to relate to in a romance that brought his guilt and fears to the surface to make for a slightly rocky (but very satisfying) road to HEA.  Through it all Candace remained supportive but steadfast in what she wanted which made Ralph have to work to earn a HEA that I was rooting for from the moment they met.   Surrounding this appealing main couple was an equally entertaining cast of secondary characters, the best of which was Ariella.  I'm not usually a fan of children in romances, but Baby Ari was a sweetheart, and their daddy/daughter moments warmed my heart as they showed how loving Ralph was.  Ari's immediate connection to Candace spoke volumes about Candace's good heart and was a strong hint about the outcome of this family in the making.  Readers were also introduced to a cast of intriguing hockey players who showed themselves to be a brotherhood that I look forward to seeing more of in future installments.  Those looking for a feel good romance should definitely give this series starter a look and get ready to fall in love with Ralph and Baby Ari too! 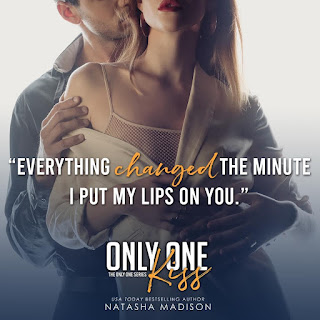 When her nose isn't buried in a book, or her fingers flying across a keyboard writing, she's in the kitchen creating gourmet meals. You can find her, in four inch heels no less, in the car chauffeuring kids, or possibly with her husband scheduling his business trips. It's a good thing her characters do what she says, because even her Labrador doesn't listen to her...