In this busy summer movie season, it's the superheroes who've most caught my attention.  So far I've been very happy with the offerings of Thor and X-Men:First Class and found them to be entertaining, emotional, and an exciting way to spend an afternoon.  I was hoping the same could have been said for Green Lantern but not even the sexy and personable Ryan Reynolds could save this disappointing movie.


Ryan Reynolds does the best he can with the drab material he's given playing cocky test pilot Hal Jordan.  He does well balancing humor with action scenes and of course looks super sexy while doing it.  The glimpses of his magical abs are what kept me glued to the screen since the storyline and romance was seriously lacking.  A lot of time is spent away from Earth where Hal is learning to use his powers and meets the other Lanterns.  This section dragged on a bit too long and the special effects used for this exotic planet looked cheesy and artificial to me.  The romance between Hal and Carol also felt artificial with Blake Lively not able to generate any heat or chemistry with Ryan.  Their relationship felt more like siblings than lovers.

The villains in this movie were a disappointment as well.  Parallax, in his computer-generated body was not at all scary and actually brought out laughter in me for his cartoonish look.  Peter Saarsgard fairs a bit better as the creepy Hector Hammond who slowly goes insane as his head keeps enlarging.  He's over-the-top as he exacts his revenge, but at least he's not boring.  A future villain, Sinestro, is still a good guy in this movie and I enjoyed his time on screen and look forward to him going to the darkside if a sequel is ever made.

As the closing credits rolled, I was left very disappointed.  I felt no connection to the Green Lantern mythos and it all paled in comparison to the other summer superheroes.  The fault isn't with Ryan Reynolds though.  He's very charming and personable as Hal and seeing the boyish wonderment on his face as he learns the extent of his powers brought a smile to my face.  Too bad the rest of the movie was so lifeless.  At least I have this image forever burned in my brain to make up for any other disappointments this film left me with! 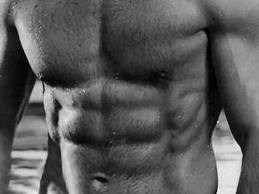 My rating for this movie is a C.