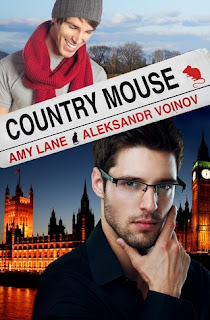 Owen may be a bit of a country mouse, but he’s loving his vacation in London. After a long day playing tourist, he’s on the hunt for some cheap beer and a good burger. Instead he finds a man hunting him, an arrogant prick with only one thing on the brain: the kind of meat that doesn’t come on a bun.

Eighty-hour weeks at a trading desk don’t leave Malcolm Kavanagh much time for meaningful relationships. Besides, in his world, everything’s a competition—even sex. When his newest one-night-sub fails to show, Malcolm sets his sights on the pretty young Yank on the bar stool beside him.

Owen’s all for an adventure with a native, but he’s not the pushover Malcolm thinks he is, and Malcolm’s not as shallow as he tries to be. They both soon learn that nothing's too intimate to share with a stranger, and the strangest things happen when two people share the most important pieces of their hearts.


********************
Before I get to a more in-depth review of this book, can I just say how wonderful this book cover is?.?  The visual representation of them is exactly as is written and demonstrates the differences between these two men and yet shows how great they look together.
And together they are simply divine, as is this story.  In too many of the books I've read that feature BDSM acts, the reason an individual chooses the lifestyle isn't made clear, but in this story it's clear that Malcolm chooses the lifestyle because of how he perceives himself in the high pressure business world.  He doesn't feel he has time for anything other than business, so having a meaningful relationship is out of the question.  He takes any emotion out of being with someone by being totally in control.  He was closed off upon first meeting him, very business-like.  Seeing him have doubts as he and Owen got together made him more human, more likable, and his sweetness made me smile.
Owen might have appeared pliable at the beginning, but he quickly showed he had a backbone.  I liked that he wasn't a pushover and that he demanded honesty from Malcolm before being with him.  I liked his outgoing nature that pulled Malcolm out of his shell.  He was close with his mother but was by no means a momma's boy.  He made Malcolm see his world with new eyes and it made Malcolm a new and more endearing person.
The descriptions of London completely immersed me in the environment and I felt like I was on vacation too.  Malcolm and Owen's sightseeing allowed their relationship to grow and the sexual tension to keep intensifying.  This led to some amazingly hot and sensual sexual interludes that were nicely spaced throughout the story.  The lite BDSM play added to the heat while the emotional connection became stronger and more apparent.
I found this story simply delightful!  Malcolm and Owen were truly cute together and I loved how they could express their emotions without being embarrassed about them.  They were strong and sexy and complemented each other beautifully.  They encouraged each other to be better people and to go after what you want and isn't that what defines a perfect couple?.?
My rating for this is an A+!
A book tour in honor of this book will be taking place April 23-27 with the complete schedule found here.
*I received this book from the author in exchange for my honest opinion.
at April 20, 2012