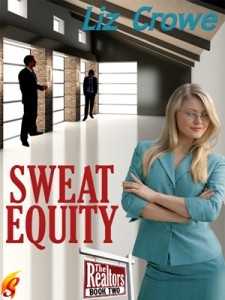 Jack Gordon thought he’d finally made it. He had a wildly successful career, money in the bank and had returned to his life as Dom, putting an end to a string of unfulfilling sexual encounters. Now that he’s made the ultimate commitment to Sara Thornton, he believes all is right in the world. But a series of misunderstandings and a dose of self-fulfilling prophesy bring his perfectly crafted house of cards tumbling down around him, forcing him to confront lingering misgivings about marriage and trust. Could those be the only two things he can never achieve?

Sara struggles with her intense need for Jack and her desire for less volatility in her busy life, which appear to be mutually exclusive goals. Although willing to put in the time and emotional effort to make their relationship work, she finds it futile and frustrating, littered with clashes thanks to near-identical personalities and temperaments. Given Sara’s history, easing back into the comfortable status quo becomes easier than fighting a war with the one person who should be her safe haven. But will the easier choice satisfy her the way only Jack can? Is her “war” one that comes from without or within?

Buffeted by circumstance, temptation and distraction, Jack and Sara’s tenuous relationship crumbles, sparking a continuous quest for the ever-elusive: trust, love and acceptance. By the time they rebuild a foundation for renewal, fate has other plans. Which leaves them both reeling, once again questioning their destiny.


********************
The road to true love and happiness isn't without some twists and turns and bumps along the way, which perfectly describes the on-again off-again relationship between Jack Gordon and Sara Thornton in this second installment to Liz Crowe's Realtors' series.  Just when it seemed like they were on the right track at the end of the previous book, doubts, old fears, and misunderstandings arise to tear Sara and Jack apart again.  Their relationship isn't the only one in turmoil as Sara's brother Blake's love life has also veered off course.  Add in Sara's friend/sometimes lover Craig's sudden fascination with Blake's old love and your head is left spinning with all the gutwrenching melodrama.  A lot of the issues these lovers have are purely due to misunderstandings and letting past hurts affect the future which was very frustrating and made me hate these characters from time to time.  At the same time I was desperate for them to find happiness with those so obviously perfect for them.  Sexual tension abounds in this story and kept me feeling edgy as the pages kept turning.  The sexual interludes between the different couples were nicely spaced throughout the story and just as steamy as in the previous book with a bit of lite BDSM to keep things even more tense.
This wasn't an easy book to read.  It's highly emotional with likable characters doing unlikable things, but I was never bored and was totally drawn into this world waiting with bated breath for the next part of this rollercoaster ride to romance.  Daily soap operas on tv pale in comparison to what Liz Crowe has created here!  With so many romances left in limbo and a jaw dropping incident (which I knew was coming but didn't diminish the shock) coming at the very end of this book, I'm on pins and needles waiting to read the concluding book in this pull-out-your-hair-tug-out-your-heart series.
My rating for this is a B-
*I received this book from the author in exchange for my honest opinion.
at April 14, 2012