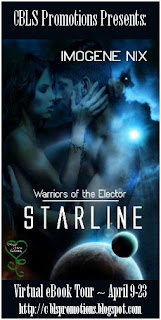 As a fan of the sci-fi genre I was excited to discover this new-to-me author and her exciting and sexy time travel story.  Courtesy of CBLS Promotions I'm giving you a glimpse of this story today as well as the chance to win a digital copy of it.  So let's get to it..... 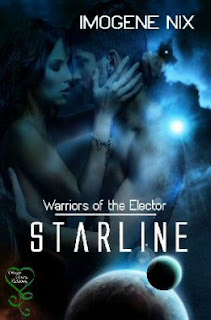 One man, one woman, one psychotic alien. Now the race is on to save humanity. Past. Present. Future.

Mellissa Davis is your average bookstore owner and aspiring romance author until one day an electronic book pad slides through the mail slot of her little bookstore. Now all she has to worry about is a sexy time travelling stealthship captain, staying out of the way of the bad guy and saving the universe, past and present. Not much to ask…

Duvall McCord, an up and coming stealthship captain travels to the past to stop the Ru’Edan leader, Crick Sur Banden, destroying the Earth Empire of the future. His mission? Retrieve the handbook for the Elector. He doesn’t count on love, or saving the woman of his dreams. But time is running out. This warrior must do everything he can to stop the plot… 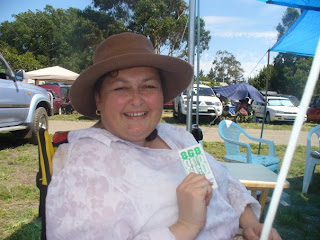 A mother of two, compulsive reader and bookstore owner. Imogene lives in regional Queensland, Australia with her husband, 2 daughters, dog, cats, guinea pigs and chooks. She has a particular fondness for Vampires, Star Ship captains and things that go bump in the night.  Visit Imogene at http://www.imoginenix.com.

Prize is an eBook copy of Starline.

-Giveaway is OPEN TO EVERYONE!
-To be entered just leave a comment, along with your email addy.
-Winner will be chosen using random.org and will have 48 hours to respond to my winner's confirmation email or a new winner will be chosen.
-Giveaway ends at 11:59 PM CST on 4/30.

*To learn more about this book and for more chances to win a copy, find more tour stops here.
at April 21, 2012