Fans of the paranormal will be getting something unique in this new release from Sharla Lovelace.  Courtesy of Goddess Fish Promotions, I'll be giving you a taste of this ghostly love story set in small town America.  So get comfy and learn more about this sweetly written book, The Reason is You, and be sure to sign up for the giveaway Sharla is letting me host.


Thanks for having me!
I’m going to start with a question.  Where are you from?  Not like, tell me your address so I can show up at your door, just—big city?  Small town?  Country?  Suburb?
I’m from a relatively small town.  Not tiny, but small enough.  I live there again now, but I’ve lived in a big city metroplex, a suburb, and out in the country…actually on the side of a hill with a view of the Colorado Rockies.  I’ve kind of experienced a little of everything before coming back to my hometown.  And I probably don’t appreciate it  like I did when I was living those other places, because it’s the normal humdrum of daily life, but when I lived in a big city, I longed for the simplicity and “charm” of my small hometown.
Things are simpler here…or relatively so.  Fewer decisions to make, because there are fewer options available.  It being the South brings an additional quirk to the mix.
And that’s what I draw upon when I write a story.  I love Southern small town settings.  There’s something magical about them, something that I think everyone is drawn to, regardless of where you live.  I think those in small towns relate personally, and those in bigger cities romanticize them…I know I did.  The stories I write aren’t exactly like my town, they tend to run a little smaller, and yet always on the water—which IS like my town.  I loved growing up near a river and the Gulf of Mexico, and I have to incorporate that in some way every time.  It’s just too good not to use.
I like using a Texas base, because that zeroes in on a particular Southern flavor.  Texas is different than say, Georgia.  With a story set in Georgia, you can hear the soft honey-laden dialogue in the words.  With Texas you hear the drawl.  I, personally, don’t do “Texas” stereotypically with cowboys and horses and “darlin’s” and all those elements that people relate with the state.  Only because the part I live in doesn’t have any of that, and I’ve never known it.  My small towns are like any other small town, just with a little Southern attitude.  It’s the muggy air that makes us that way, by the way.  ;-)
So tell me where YOU are from.  What’s your setting?  And what type of story setting do you find yourself drawn to?
Hope you all enjoy the book!
~  Sharla 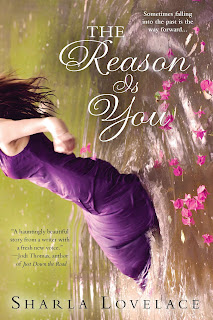 The Reason is You by Sharla Lovelace
Dani Shane just wants her daughter to have what she never did—a normal life.  But “normal” leaves the equation when sixteen year old Riley is found talking to Dani’s only friend, Alex--who’s been dead for forty years.
In the small river town of Bethany, Dani never fit in.  Being different pushed her to the fringes of society, and even leaving town for two decades didn’t stop the talk.  Now that she’s back, so is Alex.  Mischievous and sexy and still hot enough to melt her shoes.  Between his popping in at inopportune moments and having to hide her daughter’s new talent, Dani fears that her plans for staying under the radar may be short lived .
As Dani scrambles to get solid footing under her family, secrets buried for forty years begin to unearth themselves.  She and Alex have always been connected, but he is hiding something.  The computer is making her hear things.  Weird memories that she doesn’t recognize keep popping up in her mind.  Then there’s that little thing she’s not telling her daughter yet.  Like that some of the people she sees aren’t breathing…
EXCERPT:
Preface:  Dani visits her mother’s grave.

I knew where I was going when I left, and it was the opposite direction from home. Within minutes, I wound through the neatly graveled figure eights, eventually landing at the end of a small rise. I got out and walked back two rows to the pinkish gray granite stone that sported my mother’s name and date of death. April 16, 1970. The day I was born.

My dad never let it be that way. Never once was my birthday anything other than my birthday. I only knew that my mother lived in the cemetery instead of at the house with us, and we kept flowers there for her and frequently went through the scrapbook she made when she was pregnant. I was six when I really noticed the date, and my dad explained it casually as being insignificant because she was just happy she got to see and hold me there at home where I was born, before God took her to heaven.

I never wondered if I killed her.

I did wonder why she never came around to tell me that herself. A million other people felt the need to tell me their postmortem thoughts.

It felt awkward to say that, having never known her or had any kind of relationship with her. I always visited, always talked to her about what I was doing as if she couldn’t possibly know otherwise. But I never asked for anything. Not even advice. Not even back then when I really needed a mom. I didn’t know how to have one. 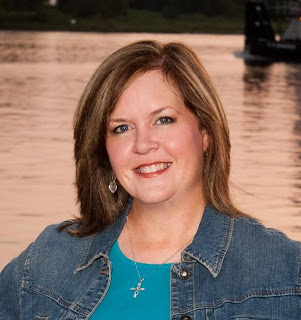 Sharla once hunted for crab in a Honduran jungle, and explored an unknown cave on her belly through a rabbit hole. Not in the same night.

Now, she lives in Southeast Texas by the Neches River with her family, an old lady dog, and 19 cockatiels. If you wonder how she writes with all that noise--the birds actually have their own house outside. THE REASON IS YOU is her debut novel.

When she's not writing, doing the day job, or doing the family thing, she's stalking her Twitter feed.

**********GIVEAWAY**********
Prize is a $20 Amazon or BN gift certificate to one randomly drawn commenter during the tour.
-Giveaway is OPEN TO EVERYONE!
-To be entered, MUST leave a comment answering Sharla's question (it's in bold at the end of her guest post), along with your email addy.
-One commenter will be chosen randomly from all comments made throughout the tour, so the more tour stops you make a comment on the greater your chances of winning.  A list of all participating blogs can be found here.
-Giveaway ends at 11:59 PM CST on 4/20.
at April 11, 2012