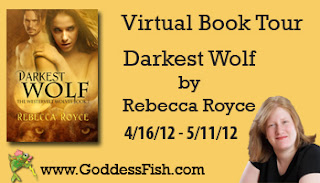 Rebecca Royce's Westervelt series just got more complicated with the revelations brought forth in this sexy and exciting novella, Darkest Wolf.  Courtesy of Goddess Fish Promotions and Rebecca herself I'm bringing you a glimpse of her new book as well as talking about the paranormal genre in general.  The excitement doesn't stop there since there's also a giveaway you need to make sure to enter.  So let's get to the fun and give a big welcome back to Rebecca Royce....


Why is the Paranormal Genre so Popular?
For me, Paranormal is exciting because it combines two things I love—paranormal and romance.   From what I can tell, a lot of people feel this way too.  The truth is that paranormal stories are action driven.  The stories are always love stories but are very rarely just about two people falling in love. There is usually an antagonist and a life or death situation that requires solving before the couple can be together.
I think that with everything we go in through in life it is nice to be able to lose ourselves in the other—in things that are so different from our day-to-day life that we can afford to visit those places and not lose sight of what is real.
And, come on, who doesn’t love a hot paranormal hero who would destroy the whole world for you? 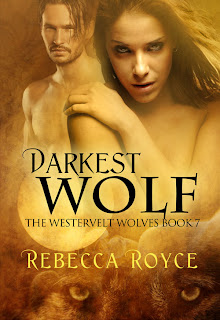 Rex Kane has always known he was different than his brothers, down to the fact that when he shifts into his wolf form, his coat is completely black. Always in trouble, he is given one more chance by his brother Tristan, the Alpha of the Westervelt pack, to bring back to their island a witch who can stop some of the magical assault that has plagued their war-torn home. Rex knows he has one last chance to set things right. Everything depends on him and he cannot fail.

Elizabeth Willow has been cursed to look so repulsive no human eyes can bear to view her. Raised in a gentle coven of witches, she is ill prepared for the realities of the harsh world she now lives in. Raised to mistrust wolf-shifters as witch-killers, she cannot seem to help being drawn to Rex. Even if she doesn't believe she is his so-called mate. He can see her as she really is and is the first person to look her in the eyes in years. Although she is not naturally devious, she sees no choice but to use Rex to gain her own freedom and her families' safety. 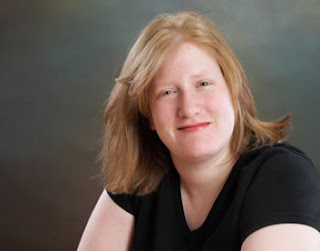 
**********GIVEAWAY**********
Prize is a $50 Amazon GC.
-Giveaway is OPEN TO EVERYONE!
-To be entered, MUST leave a comment, along with your email addy.
-One commenter will be chosen randomly from all comments made throughout the tour, so the more tour stops you make a comment on the greater your chances of winning.  A list of all participating blogs can be found here.
-Giveaway ends at 11:59 PM CST on 5/11.
at April 18, 2012