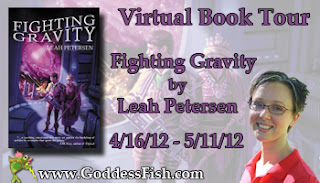 As my followers know I'm a big fan of the sci-fi genre and I'm excited whenever I discover a new voice writing about dramas in the universe.  I recently read Fighting Gravity by Leah Petersen and was intrigued by all this book had to offer.  It's part dystopian, part YA, part m/m, part m/f, all wrapped up in a sci-fi bow.  I knew I wanted to introduce my followers to this book so courtesy of Goddess Fish Promotions Leah's here today talking about the sci-fi genre as well as providing a giveaway.  So let's get right to it.............


How Do You Make Science-Fiction Relatable to the Average Reader

Science-Fiction. It’s not what you think. Sci-fi is a (compound) word that turns a lot of people off. It’s “weird”. And let’s face it, we’re all still in high school somewhere in our heads and only the nerds and losers read that stuff, right? The ones who are playing Dungeons and Dragons in their basements and can’t get a date?

Yeah, I’ve heard that one too. Maybe it was true, once. (I doubt it.) Since when was imagination a new thing? It’s just evolved with the times and as science introduced new things and concepts and possibilities into our world, those things and concepts and possibilities became part of our stories as well. And what fiction doesn’t take something that hasn’t happened and tell its story?

That perfectly “normal” piece of contemporary fiction is still completely made up. Is it really that different if you add in a thing or a concept that’s made up, too? A people struggling to survive an attack by an enemy that vastly overpowers them has the same core whether it’s the Germans rolling over the other peoples of Europe in the ‘30s and ‘40s or future humans facing artificial intelligence that’s developed an agenda of its own.

The best thing is, there’s a lot of “soft” sci-fi for people to cut their teeth on these days. It’s not a matter of jumping straight from The Great Gatsby to Star Trek. People who “don’t read sci-fi or fantasy” probably already have and they don’t know it.

FIGHTING GRAVITY’s pretty obviously sci-fi, it’s true. The front cover’s got spaceships on it. The back cover copy has things-that-don’t-exist in the first sentence. But the core of the plot is a love story between two very different (but human) people. Average Reader is pretty familiar with that concept, and for many, that’s what they’re reading for.

Personally, I don’t read “hard” sci-fi. I don’t understand all the tech and science that goes into the really complicated stuff. But I love the idea that anything is possible. Fantasy writers use magic. Sci-fi writers use the future or technology or scientific abilities we don’t have. (Yet.)

But within those contexts are stories of what people do when none of the choices are easy or right. Isn’t that what fiction’s supposed to be about? Isn’t that what we expect from it? How’s a bit of the “currently” impossible all that different?

How about you? Do you think sci-fi has become a part of popular culture, or is it still a genre for a select group? 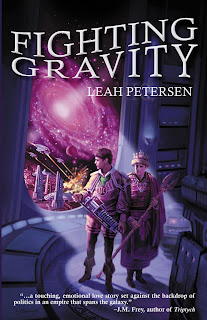 “Happy birthday, by the way,” I said one evening almost a week later as the emperor accompanied me from the dining hall to the lab.

“OK, I should have known that. I suppose I mean, why do you know?”

“In my position, I’ve found curiosity to be an asset. I don’t believe there is such a thing as knowing too much.”

“I’m older,” he added after a long silence. I raised my eyebrows. “Only about six hours, but it counts.”

I had to laugh. “You’re one of the most powerful men in the galaxy and it matters to you whether or not you’re older than me?”

He shrugged. “Wouldn’t it matter to you?”

“That’s not the same thing. There’s a huge power differential between us. At least age would be something I’d have over you.”

“I get the feeling that power doesn’t mean that much to you.”

“Unless you mean as a function of energy.” I grinned at him. “No. I have no need for it. It would get in the way of my work.”

“What did you do for your birthday?” he said after a pause.

“Haven’t you made any friends aboard ship? I know it’s only been three weeks, but you don’t seem to be the kind of person who would have trouble making friends.”

“Maybe you don’t know me very well. In my experience, there aren’t many people who are interested in being friends with me.”

“Maybe it’s they who don’t know you very well.”

I frowned, puzzled. When I looked at him again he was watching me. “And what have you concluded?” he asked.

I thought about that before I replied. “You’re confusing,” I conceded.

He grinned. Reaching into his pocket, he produced something and handed it to me. “Here. Happy birthday.”

He’d given me a small box. I looked at him, surprised, but when he said nothing further I opened it. Inside was a pair of platinum cuff links with a raised imperial crest on them. “I thought they might be less objectionable than a ring.”

I frowned. “I didn’t get you anything.”

“I assure you, I don’t need anything.”

“Neither do I. That’s not the point.”

He shrugged. “It’s the thought that counts. We’ll just say you gave me something.”

“I’m sure you can say whatever you want, but I never thought of giving you anything.”

He stared at me in shock and then started laughing so hard he had to stop walking. We stood in the middle of the hallway and I watched both directions as I waited for him to get control of himself. If someone came along and saw him like this, it wouldn’t go well for me. When he caught his breath he said, “You never thought of giving me anything.” He repeated it as if it was the punch line to a good joke. “Not even just now, when I gave you something?”

“Well, whether you realize it or not, you’ve been giving me a gift for the last ten minutes,” he said.

I grimaced. “You’re not going to say something weird like ‘the gift of your company,’ are you?”

He doubled over with laughter again. “No,” he answered when he’d composed himself. “No, I was going to say that we’ve been talking for more than ten minutes and you haven’t called me ‘Excellence’ once.”

I startled. “I’m sorry.” It occurred to me that I should have said “Excellence” just then.

He was grinning. “Don’t be. Isn’t that what I just said? No one’s ever done that to me before. It’s very disrespectful. I like it. 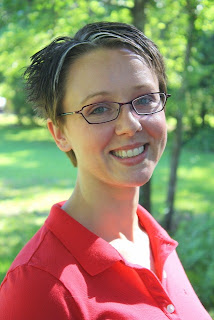 Leah Petersen lives in North Carolina. She does the day-job, wife, and mother thing, much like everyone else. She prides herself on being able to hold a book with her feet so she can knit while reading. She’s still working on knitting while writing.

FIGHTING GRAVITY is her first novel.

A prize pack containing these items hand knit by the author: a hat, a replica of the symbol of an important institution referenced in Fighting Gravity to TWO randomly drawn commenters during the tour.

-Giveaway is OPEN TO US/CAN ONLY!
-To be entered, MUST leave a comment answering the question Leah asked at the end of her post (it's in bold print as well), along with your email addy.
-Two commenters will be chosen randomly from all comments made throughout the tour, so the more tour stops you make a comment on the greater your chances of winning.  A list of all participating blogs can be found here.
-Giveaway ends at 11:59 PM CST on 5/11.
at April 25, 2012