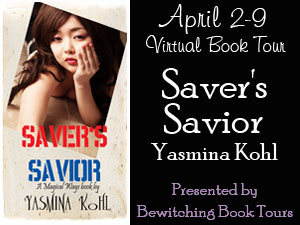 I'm always excited to learn about new authors and recently discovered Yasmina Kohl and her Magical Ways series.  This series is full of intensely emotional reads and today I'm bringing you Saver's Savior about a Marine burned out by war and the frail girl who tries to give him something worth fighting for.  Courtesy of Bewitching Book Tours I'm bringing you a glimpse of this powerful read and its author.

Sixth guest blog and I still have no idea what to write. *sigh*
I guess I'll just write about my boy, Xavier.


Xavier is hands down my favorite character I've  written, to bad I also treat him the worst. There is little I haven't put this wounded vet through. He's been stabbed, shot, whipped, kicked, drugged, slapped, had a building fall on him, and wakes up daily with nightmares.


I don’t know why I love being mean to him but I do. I tortured him so much a had to take a body map ( like the ones doctors use to mark where you have pain or problems) and draw out all of the scars I had given him so I would remember from scene to scene.
I was actually afraid I had been to rotten and that he wasn’t mentally messed up enough but a psychologist friend said that no he was actually very  believable.
In this book it's all about living in the pain, in the thrid book, The Godfather's Niece, which is about Melissa, it starts to be living past the pain. I actually let him start to heal and interact on a more normal basis, sort of.
I write fanfiction for a certain TV show and I wrote a piece with the characters and Xavier that I will be posting sometime this week, in hopes that some of my fanfic fans will like the character and want to read more about him.  Might not work but it was fun to write anyways. 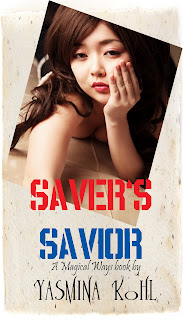 Xavier St. Cloud wants to hate the world, wants to be angry at it. He doesn’t want to be part of it anymore. He wants to go on and see the brother’s in arms that were killed before his eyes.
Emiko Nara is so afraid of the world she barely interacts in it. She has never stood up for herself ever, even after her family disowned her for something she never had control over.
When Emiko decides to stand up for herself for the first time in her life, it’s to a thief with a knife.
Xavier can’t help but react on instinct to the cries for help, and when he does he finds something that might just keep him from trying to follow his fallen brothers.
Can the shy little Emiko be brave and save the shattered Marine from his own personal hell?

About The Magical Ways Series:

To a casual passerby, Magical Ways is a high-end clothing boutique. To its employees and customers, however, it is a family, a good one.

Five sisters by choice come together and help each other get through the bumps and bruises of life. Along the way they add a brother or two or well, six. 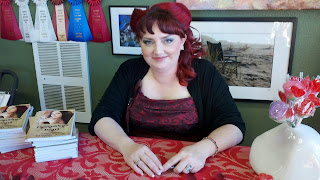 Yasmina is from a small town in the middle of...naw you know better. Yasmina is originally from Vancouver, WA and then by way of the Navy and college ended up in Grays Harbor County with her husband and her two kids and now the two black cats. Yes, she has two of the furry beasts.

During the day, she keeps the people happy or tries to anyway. At night, she tries to keep her sanity by escaping aforementioned family to write down what the evil muses have shoved in her brain all day.

She waits for the graduation of her kids (one imminent and one not so imminent) so that the house will become quite.

She listens to an eclectic mix of music when she writes, anything from Shinedown to Nora Jones and a little of The Asteroids Galaxy Tour thrown in for the fun of it.

Her sarcastic sense of humor has and will continue to get her in trouble but hey who cares?

Yasmina has been writing between cries of MOM and YASMINA for ten years and plans to write for many more. Her first published stories were fanfiction for her favorite TV series but the first story she tried her hand at was Cassandra's Heart now available on Amazon.com, BarnesandNoble.com, Smashwords.com and soon in print.