Book Spotlight on Once Upon a Ghost by Erin McCarthy

The sassy Bailey Burke is back in yet another light-hearted yet suspenseful mystery that sees her personal life, along with her love life, in chaos.  Keep reading to get a tempting taste of Once Upon a Ghost by Erin McCarthy, then add this newly-released third installment in the Murder by Design series to your bookshelf! 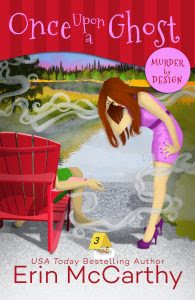 With Bailey Burke's design and staging business booming- it turns out tangling with a serial killer is the best advertising ever- she has no time to lament her lack of love life, or wonder where her dead friend Ryan's ghost has gone. She hasn't seen him in months, but when she finds a body in a home she's been hired to stage she's hounded by the dead man's ghost.
Having been a medium before, this guy is by far the most irritating ghost she's ever met, with his constant need to talk over her and flick pennies at her head. Without Ryan to guide her, she's on her own to figure out what the dead man needs from her. On top of all that, cop Jake Marner is back in her life, ostensibly to protect her, but mostly to confuse her as to whether they are dating or not.
Before she can say "Put It Where?" Bailey finds herself immersed in mob dealings, the secret world of male-only sweat baths, and double dealings. When another body turns up, there is no doubt that she's in over her head, again. 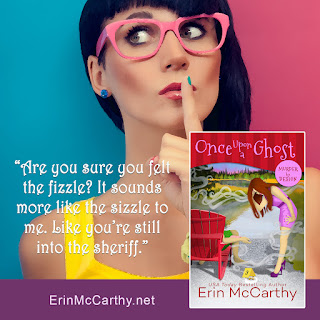 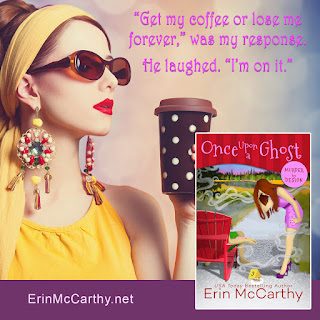 USA Today and New York Times Bestselling author Erin McCarthy first published in 2002 and has since written over seventy novels and novellas in teen fiction, new adult romance, paranormal, and contemporary romance. Erin is a RITA finalist and an ALA Reluctant Young Reader award recipient, and is both traditionally and indie published.